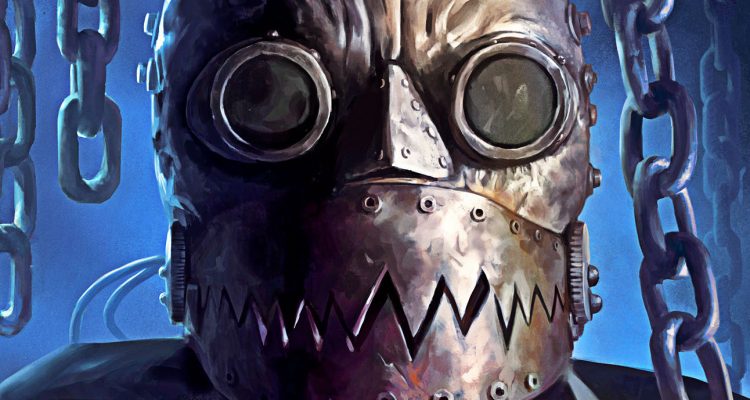 Skinned Deep is an odd one, to be sure, but curiosity seekers of horror should check it out, but it’s not just a misfire; it’s a comedy in scary skin.

A family on a road trip takes an unexpected detour and is terrorized by a family of freakish maniacs.

There’s a demented killer out there in the boondocks, sniping lone drivers in the middle of the night: He looks like a bear trap with his trap jaw mouth and metallic helmet, and he doesn’t negotiate. This is the Surgeon General, and he uses chains and a strange looking skinner / dagger to swipe his victims through their throats or straight into their guts to disembowel them. Not the kind of guy you want to encounter on the road. Meanwhile, a typically clichéd American family – two fat and ugly parents and their two spoiled kids – are on a road trip and get a flat tire (sabotage) on the lonely stretch of road where the Surgeon General hunts his victims. Dad and the family hoof it to the nearest diner and meet a smiling old lady who invites them back to her house where her son can fix their tire. The gibbering idiot family dutifully complies and soon find themselves being hosted by a demented family who will hastily chop them up for dinner. After her family is massacred in front of her, Tina (Karoline Brandt) tries escaping but is scooped up by the maniacs and attended to by Brain (Jason Dugre), a weirdo who wears his giant brain outside of his skull. Brain fixates on Tina and “wants to keep her,” but Surgeon General has other plans … he wants to “turn” her and make her one of them to prove that evil trumps innocence and can be easily corrupted. As Tina begins to fall under the spell (or so the family thinks), she slowly plans her revenge … and her escape!

A would-be riff on Texas Chainsaw Massacre, Skinned Deep is anything but scary, due in large part to a goofy, fish eye lens approach that makes it seem much more like Alex Winter’s cult film Freaked with all its outlandish make-up effects, spoofy comedy (Warwick Davis plays a freak named “Plates” because his weapon of choice is throwing dinner plates at victims while cackling), and extremely clunky direction by make-up effects guy Gabe Bartalos. The whole movie lacks tension and is far more concerned with pulling Jackass styled stunts and comedy set pieces than in scaring you, although it certainly is gory and bloody, but not in the way you might expect. For instance, when Brain’s brain is busted open, instead of goopy gore popping out, reading blocks tumble out. Huh? Okay, whatever. Skinned Deep is an odd one, to be sure, but curiosity seekers of horror should check it out, but it’s not just a misfire; it’s a comedy in scary skin.

Severin recently released a Blu-ray edition of Skinned Deep, and this is the first time the film is available in high definition. The DVD was somewhat obscure, but now the film can be added to your horror collection with some bonus features, such as “Deep Cuts: A Look Back” and an audio commentary (which was on the DVD), an archival making-of feature, and the trailer. The film is presented in 1:33:1. 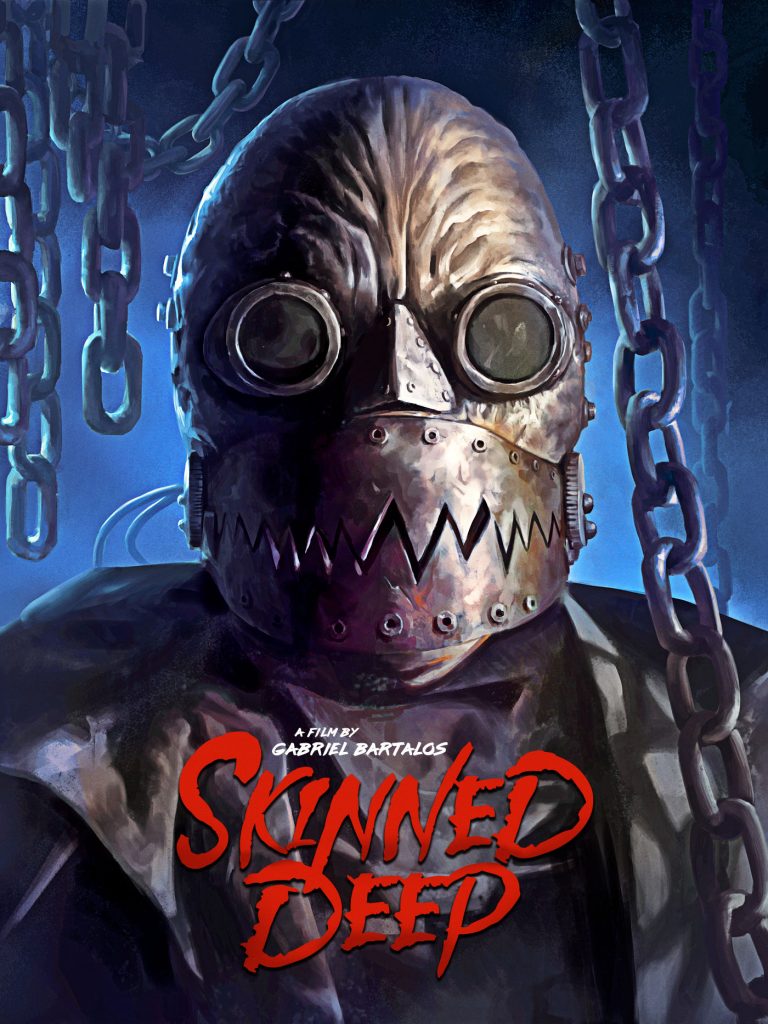