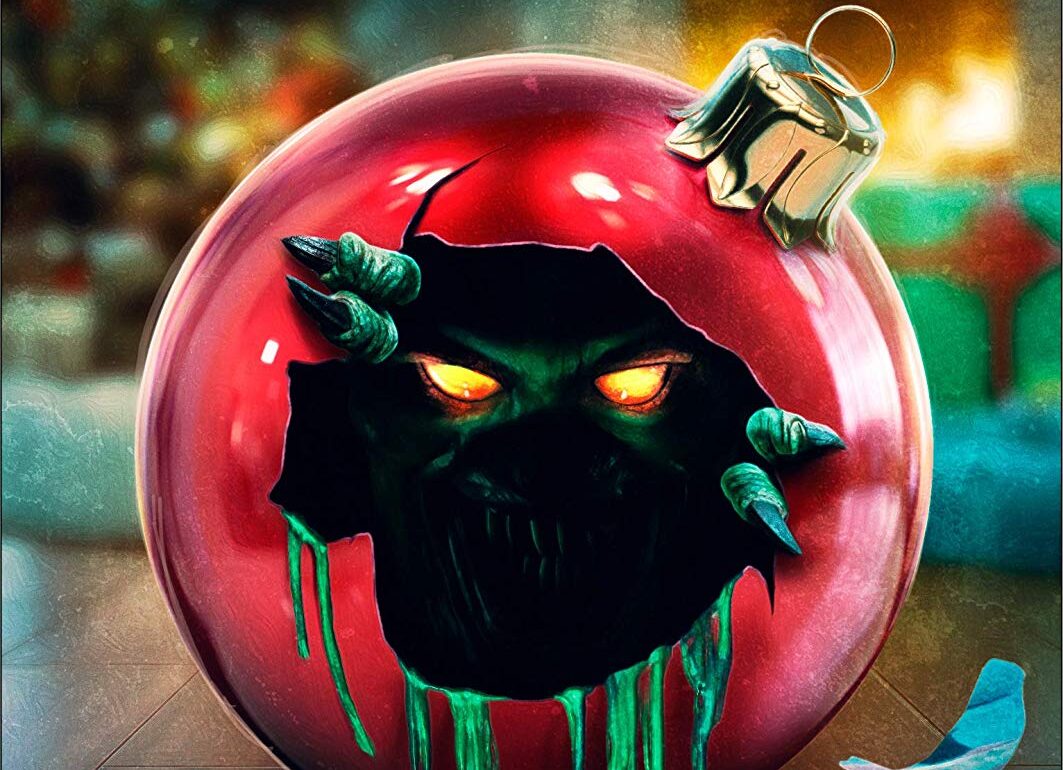 All the Creatures Were Stirring (2018) DVD Review

Plot: When an awkward date on Christmas Eve leads a couple into a strange theater, they’re treated to a bizarre and frightening collection of Christmas stories, featuring a wide ensemble of characters doing their best to avoid the horrors of the holidays. From boring office parties and last-minute shopping, to vengeful stalkers and immortal demons, there’s plenty out there to fear this holiday season.

Review: Now here’s a delectable holiday horror anthology! On Christmas Eve, two lonely young people go on a strange date: to a live performance Christmas show in a mostly vacant theater in Los Angeles somewhere. The play is divided up into several acts, each comprised of a bizarre and pretty creepy story, which is realized in a short film, which we see. The first is a Saw-type scenario where an office Christmas party turns into a deadly game of survival, and the next (the film’s highlight) is about a guy who locks his keys in his car on Christmas Eve in a big, empty parking lot at a department store. The guy is helped by two women in a van, but what’s in the van turns out to be a big surprise for him, and ultimately ruins his holiday (and a whole lot more). Other stories do riffs on A Christmas Carol, reindeer roadkill, and an alien visitation on Christmas Eve. The wraparound story is probably the creepiest of the bunch, and ends on a really high note.

I had zero expectations for this one, but perhaps that’s the best way to go into it. Like all horror anthologies, it has its weaker segments, but its stronger episodes elevate it. It would have been great if some of the segments had been fleshed out a bit more (especially the office party opener), and at only 80 minutes the movie could have used some more filler. Writer / directing team Rebekah and David Ian McKendry made a little gem of a movie here. Let’s hope their next one can sustain a single story all the way through.