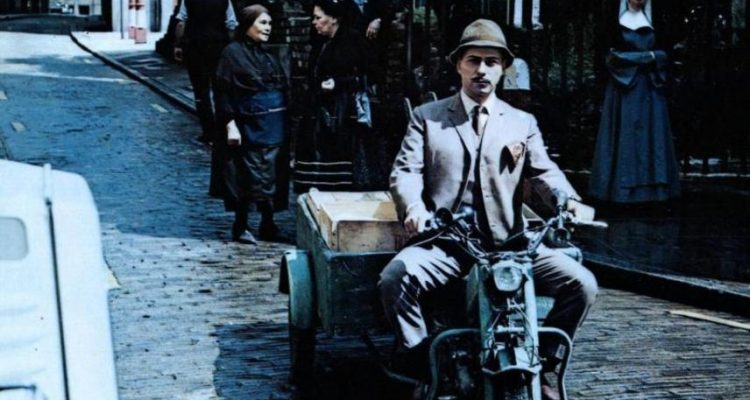 Alan Arkin tries to emulate Peter Sellers the best he can. The Blu-ray looks good but the film just isn’t that funny.

Plot: A string of robberies has occurred in Britain and it’s up to Inspector Clouseau to catch them.

Review: After Peter Sellers originated the character Inspector Clouseau in the two Blake Edwards movies The Pink Panther and A Shot in the Dark, Alan Arkin did a one-shot effort that carried the character forward in Inspector Clouseau. The plot of the film is flimsy, but you can’t commend the Pink Panther franchise for having great plots. In this film, the bumbling detective Clouseau is bamboozled by a ring of thieves that knock him out and take a mold of his face. They have a grand scheme to rob the banks of Europe using clones of Clouseau to frame him for the crimes, and as the crimes are being committed, he’s clueless as to how and why it’s all happening. Astonishingly, the Inspector pieces it all together and saves the day (and gets the girl).

Not nearly as funny as it should be, Inspector Clouseau desperately needs the ingenuity of Blake Edwards and Peter Sellers to help sell it, but Arkin had a tough act to follow, so it’s not really his fault. Director Bud Yorkin does what he can with the silly material, and the score by Ken Thorne is no match for Henry Mancini’s music that made the Pink Panther series so identifiable. As is, this is merely a time waster. It may make you chuckle a few times, but there’s a good reason why it hasn’t lasted the test of time.

Kino Lorber just released a commendable looking Blu-ray of Inspector Clouseau, and while it contains a nice high definition transfer and an attractive slipcover, it’s for hardcore fans of the franchise first and foremost. It contains an audio commentary by film historian William Patrick Maynard. Kino also simultaneously released two other Pink Panther pictures on Blu-ray: Curse of the Pink Panther and Son of the Pink Panther.