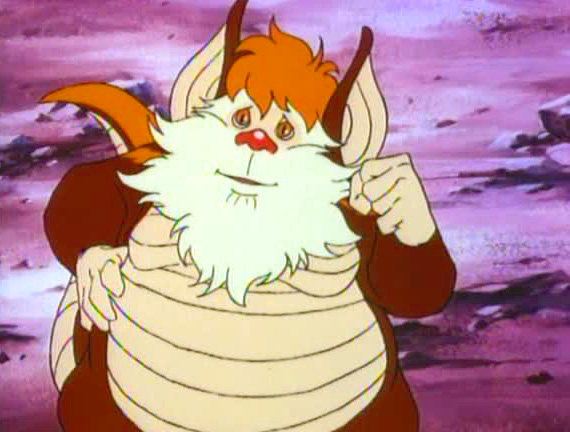 I grew up watching 80’s cartoons and some of these were my favourite shows, however even as a child there were certain things which bugged me, namely the annoying “comic relief” sidekick who would essentially be the heroes non-threatening help.

The thing is, pretty much all of the following characters have exactly the same personality traits: they are all cowards.

Occasionally they would step up and find the courage to do what is necessary but most of the time they will just scream like the annoying little bitches that they are.

So, without further ado here are 7 of the crappiest animated sidekicks from the 80s.

Godzooky: Godzilla’s mentally challenged cousin/brother/whatever was always there to ruin the day by flying into things, unable to breath fire and was generally useless. He even ruins the opening credits with his buffoonery. Bugger off, Godzooky; if you appear in next year’s Godzilla film I will walk out.

Uni: A kind of talking Unicorn from Dungeons and Dragons; he would have such memorable dialogue as “UNNNIIII” while mildly drooling on the floor and running away crying. The picture above says it all… prick.

T-Bob: As much as I loved M.A.S.K. T-Bob always bugged the shit out of me; even his voice was annoying. He may turn into a motorbike but I’m afraid even that can’t save him. I want a big budget version of the film but T-Bob need not apply, dump his ass in the scrapyard where he belongs.

Snarf: Even as a child I had quality control and any time while watching Thundercats, if Snarf would speak, I’d reach for the Mute button. What the Hell is he anyway? A cat? A half-breed with something else? Who cares? He sucks!

Nono: Ulysses 31, one of the most imaginative kid’s cartoons I’ve ever seen. It always kinda creeped me out with the people hanging in midair, frozen in time… but that would soon change as Nono, the little red robot would clumsily cry like a schoolgirl any time anything interesting happened. He could however fix machines, but I’d still have him killed anyway.

Orko: Created purely for “comic relief” for He-Man… because it was SO emotionally intense, Orko was the weakest element of the show, aside from prince Adam’s Pink outfit… dude, what?

Oon: Jayce and the Wheeled Warriors was awesome and Oon is probably the least annoying as he actually was useful occasionally but if I ever met him in real life, I’d still punch him in his stupid face.