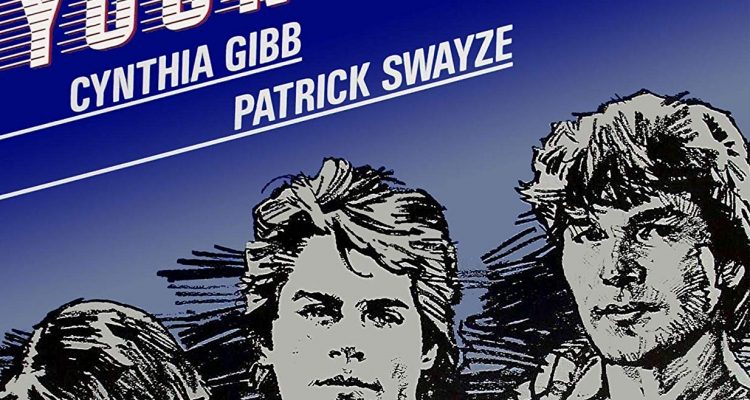 Plot: A skilled young hockey prospect hoping to attract the attention of professional scouts is pressured to show that he can fight if challenged during his stay in a Canadian minor hockey town. His on-ice activities are complicated by his relationship with the coach’s daughter.

Review: Aspiring hockey player Dean Youngblood (Rob Lowe) stakes it all and leaves his family farm to pursue a career in the amateur leagues in Canada. He’s faster than any other player, and the coach (Ed Lauter) for the team he’s hoping to get a position in recruits him, but Youngblood is still very wet behind the ears and hasn’t learned how to fight on the ice when it’s necessary. The captain of the team (Patrick Swayze) takes awhile to get used to him, but eventually they have each other’s backs, and when they’re not travelling to and from games, Youngblood engages in a little romance with the coach’s cute daughter (Cynthia Gibb), who watches it all on from the sidelines. When a goon (a player built up for instigating fights) from another team severely injures the captain of his team, Youngblood has to step up and become a better fighter ASAP so that the final game of the season ends on just the right note.

Part coming of age romantic drama and part sports delve into the world of amateur hockey, Youngblood must have been the movie the filmmakers of Goon looked at and studied before creating their film. At times, this movie really seems to understand the universe it occupies, and occasionally it dips into hokey melodrama. Lowe is pretty good in a pretty boy role (he has a goofy training montage where he tries to bulk up and become a better fighter), and some of the fun of the movie is watching co-star Swayze and even Keanu Reeves in a bit role. The cast is young and hungry, and the momentum of the movie is breezy and cool. Peter Markle directed.

Kino Lorber’s new Blu-ray of Youngblood looks great in high definition, and a newly recorded audio commentary by director Markle is the highlight of the special features.