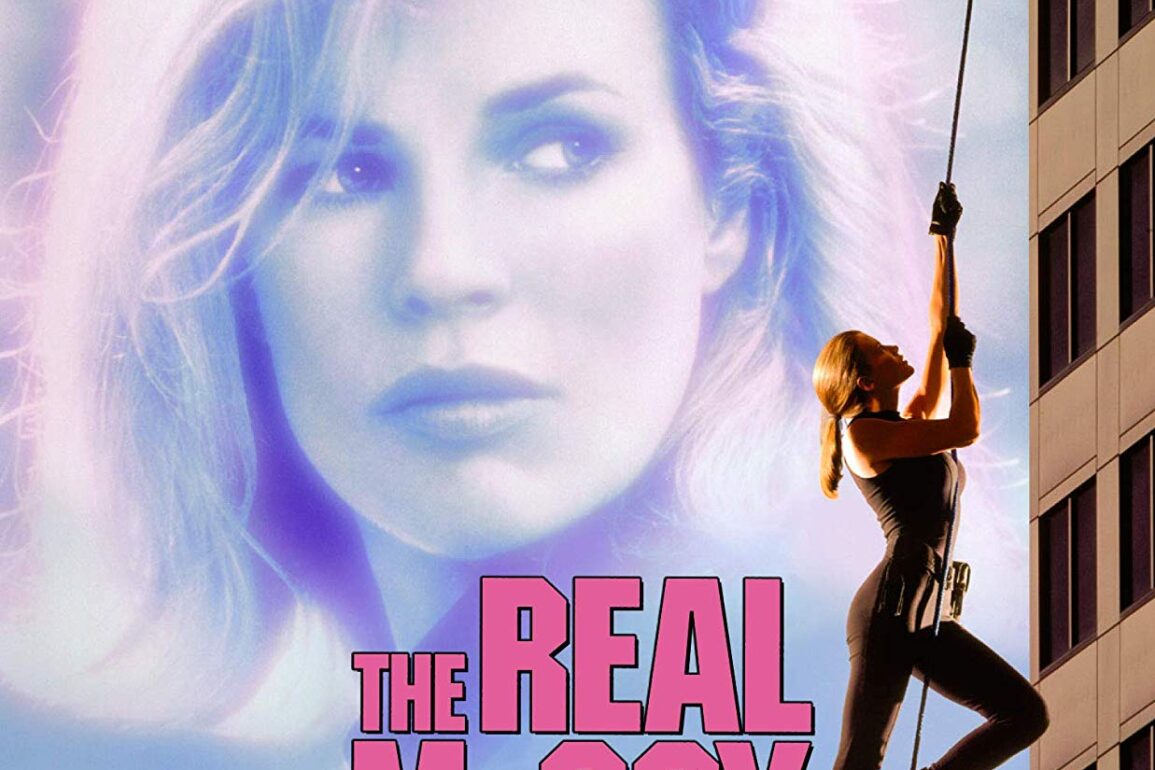 A slick looking Universal Pictures caper, The Real McCoy should have been a slam-dunk considering its pedigree.

Plot: A woman is released from prison, an expert bank robber who wants to settle down and go straight, but her parole officer and her former employer try to get her to pull one more heist.

Review: Caught mid-act while robbing a big bank, Karen McCoy (Kim Basinger at her peak) does a 6-year stint in prison. While out on parole, her son is kidnapped by an upscale crime lord (played by Terence Stamp) and used as collateral for her to rob the same bank as before. With no choice (even her parole officer is a slimebag who works for the crime lord), McCoy has to plan the ultimate heist using every ounce of her will and fortitude so that she can get away clean while also saving her son.

A slick looking Universal Pictures caper, The Real McCoy should have been a slam-dunk considering its pedigree. Russell Mulcahy (Razorback, Highlander) directed it, which should have been enough for the movie to have some style and pizazz, but the movie is a limp noodle with zero momentum, or an ounce of energy to propel its weak storyline from writers William Davies and William Osborne. Basinger does what she can with a strained, cliché character, and co-stars Terence Stamp and Val Kilmer (cast as a goofball sidekick loser to Basinger’s character) can’t do anything to elevate the material because the film doesn’t allow them to do anything other than what was written on the page. A real boneheaded movie from any angle, The Real McCoy would never make it to multiplexes today.

Kino Lorber’s new Blu-ray of this release is a noted upgrade from the previous DVD release from Universal. If Basinger or Kilmer have hardcore fans, they may want to add this to their collection. Mulcahy took the time to record a brand new audio commentary for it. There are also bonus trailers.