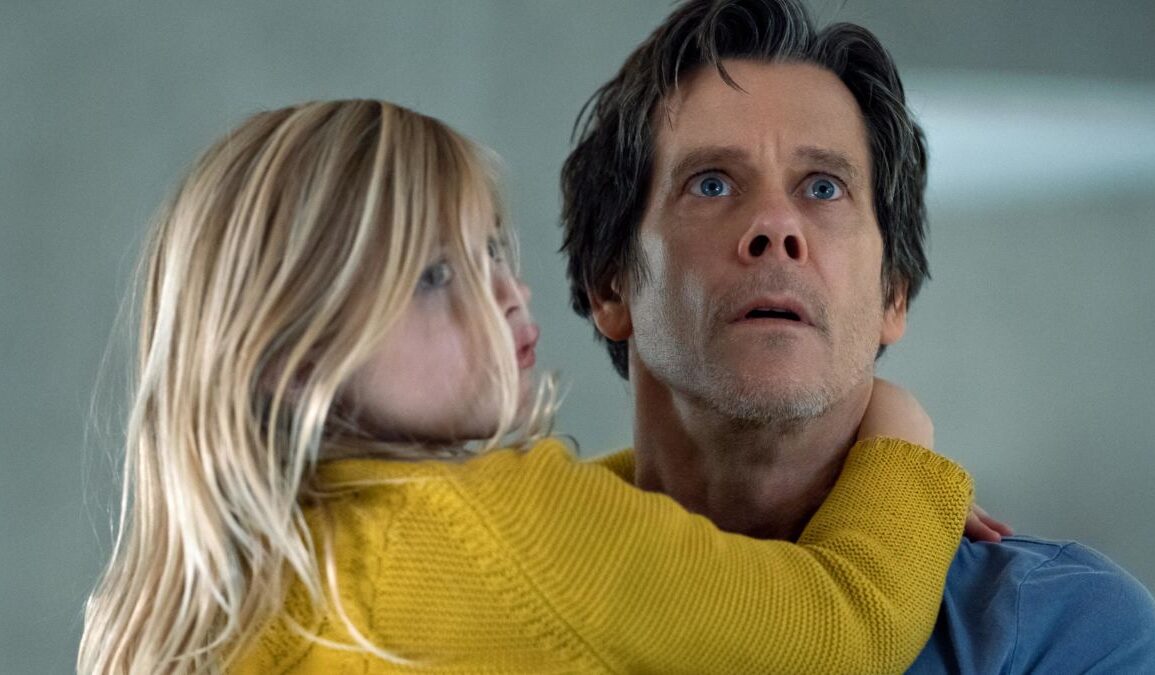 You Should Have Left has a few creepy moments and the performances are faultless but it never gets all that scary making for a rather dull and plodding chiller.

Plot: Strange events plague a couple and their young daughter when they rent a secluded countryside house that has a dark past.

Review: It’s been a while since I indulged in a good horror flick and the trailers made You Should Have Left look like an effective chiller. Sadly, all of the scary/jumpy moments were in said trailers and I found it rather dull. I do enjoy psychological horror where our protagonist questions their sanity and what’s real, but I’ve certainly seen other movies do it better.

Acting-wise you can never fail with Kevin Bacon who is as solid as ever as is his creepily younger wife played by Amanda Seyfried. Bacon captures the anguish of his character well and you can tell early on that things are not as rosy as they seem at home. The little girl Ella (Avery Tiiu Essex) was just the right side of annoying although she was a little shrill at times.

You Should Have Left is only 90 minutes but strangely it felt longer never really grabbing me; so far I’m not as blown away by Blumhouse pictures the way everyone else is but at least they are releasing new horror content right now when very few other studios are.

Anyway, You Should Have Left certainly looks nice with some impressive set design and lighting during certain sequences and there are a few unsettling moments, but I feel like you’ll have forgotten all about it shortly after viewing.

It’s also rather predictable lacking in any major shocks which isn’t great when this is meant to be a horror movie.

Overall, You Should Have Left has its moments with Kevin Bacon as magnetic as always but it lacks any surprises and isn’t particularly scary or disturbing. Rent it if there’s nothing else on but there are other better horror movies out there.