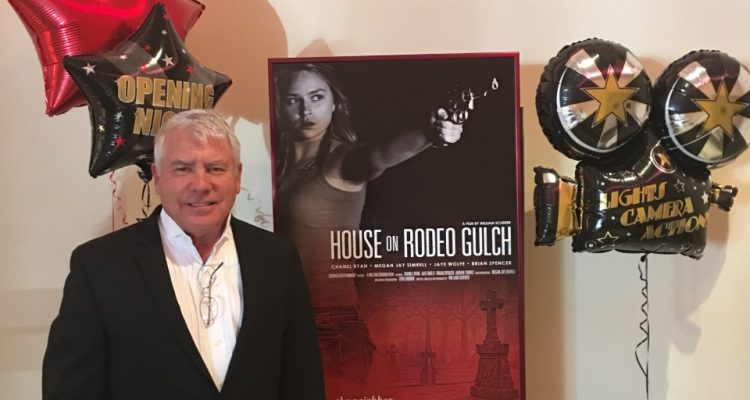 Having lived all over the world as a Navy brat, William Scherer grew up mostly in the Washington DC area and went to college at the Virginia Military Institute. Upon graduation he received an Officer’s commission in the Army where he spent three years with the 82nd Airborne Division as an Airborne/Ranger. In addition, he was selected to become a member of the famous 82nd Airborne Division Skydiving team. Having been introduced into world of theater during high school, his nights were spent at the well-known Fort Bragg playhouse where he was given many acting leads in their plays.

Upon leaving the Army, Bill travelled to Hollywood where he got involved in TV, movies and Equity theater. He has acted with such famous names as Academy Award winner George C. Scott, Dorothy Lamour, Gregory Peck, Charlton Heston, Carol Burnett and Helen Hunt among others but it was behind the camera that most fascinated him. There he was able to learn his photographic craft from such celebrated directors and cinematographers as Robert Wise, among others.

As his first attempt at writing, Bill created and wrote a TV comedy pilot about his dad. Two weeks later he was signed with one of the top agencies in LA and the script was optioned by Universal. That got him into the WGAW to add to his membership in SAG and AEA.

A number of years later, Bill relocated north to Central California where he raised a family and became involved in numerous business and media projects. Having learned to fly in college, he bought an airplane and quickly become one of the leading Fine Art Aerial photographers in the country. As there has always been a need for speed and danger in Bill’s life, aerial photography helped fulfill that need. (www.WilliamSchererPhotography.com) As Bill explains, “There’s something fulfilling about shooting Fine Art Photography while flying 100 mph, 300 feet off the ground and flying the plane at the same time. A few years later and wanting more excitement in his life, Bill bought a Kawasaki ZX-14 motorcycle and six months later set a new World Land Speed record (in class) at the Bonneville Salt Flats where he went over 200 mph. Bill hadn’t been on a motorcycle in over 35 years before then.

After setting two more World Speed records at Bonneville and with computer and camera equipment coming down in price, Bill set up his next exciting challenge- Can a person who has never gone to film school write, direct, produce, edit and color a “Hollywood caliber” movie on a limited budget? And thus, the feature movie “House on Rodeo Gulch” was created.

As the film makes its way to VOD, Scherer tells us about the trials and tribulations of indie filmmaking.

How close to the real story that inspired it is The House on Rodeo Gulch?

A number of years back, I bought a little three unit apartment building in Van Nuys (LA). One of the units was vacant and needed a new living room carpet.  My wife and I went overboard and bought an expensive cream colored carpet for the room. We then found a young couple and they moved into the unit a week later.  A couple weeks later I went by to see how they were doing.  The young man had driven his Harley Davidson motorcycle into the living room and had taken the engine apart. There was oil, grease and dirt everywhere. Furious, I had no grounds to have them arrested, only give them a ’30 day notice to leave’. After 30 days they still hadn’t left and thus became “the tenants from hell’.  I thought afterwards, if only I had put something electrical into the walls/ceilings that would have scared them into leaving on their own.

“Later, I read about a prominent Reverend that had taken advantage of God and his congregation. He was in the process of losing his jet and a couple of his homes. The IRS was standing by.” I knew I had my story.

What motivates our villain in the film?

What you’re asking is a spoiler for the new movie viewer but let’s say it has to do with the survival of a small church and someone’s lavish lifestyle.

It’s refreshing to see a film with a strong, tough female lead.  Was that role always written as female? How did you go about finding your leading lady?

My leads were always female. I love strong women that are smart and can take care of themselves. Hollywood is afraid to put tough women in lead roles because the past has shown those movies don’t make much money.  The problem is they can do very well in lead roles as long as they are real and not some karate expert or comic book character. I know men admire strong women as long as they aren’t intimidating. I took it a step further and made my step mom the timid, cautious one while making the teenage girl the one that kicks butt. She’s not afraid of anything or anyone due to her Dad’s military background and her upbringing.

I started out looking at local talent in here in Santa Cruz but there isn’t much. Stage acting is not the same as film acting. Fortunately the word got out to actors in LA and SF and I began receiving a lot of e-mails and inquiries. Some had great resumes like Chanel Ryan, the movie’s step mom. Once she came on board the rest of the cast came together.

The hardest challenge was casting “Shani” the young teenage girl. I needed someone over 18, who drove a car, had credits, looked good in a bikini, had no problems firing a 357 Magnum and most importantly could ACT. She also had to be intelligent and sassy. I searched three months up and down the West Coast and could not get excited about any one. Then one day when I was about to give up I got a call from a 15 year-old girl from Palo Alto some two hours away. She had no acting experience except for being an extra in two small films. Her parents drove her down to my home that weekend so we could me. She read for me and blew me away. I explained to her parents that she was too young but if I were to cast her she would have to wear a bikini, fire a gun to kill a bad guy and might have to say a couple swear words. The parents said no problem and she was cast immediately. Hurray!  Megan Jay Simrell was the exact girl I was looking for. I arranged a deal with a local resort hotel to put up my two girls for two weeks free of charge in exchange for showing the hotel in the movie.

How much of an influence is Hitchcock?

I love his movies because they are thrilling and causes one to think. He used everyday innocent characters and put them in unusual circumstances. He always had tension in play.

Do you have a favorite psychological thriller?

I have many but certain ones stand out like – Psycho (the original of course), Vertigo, Rear Window, The Exorcist, among many.

What about one that you saw in the theatre and had you sweating bullets?

How are audiences responding to the film?

The feedback has been excellent! The movie just had its premiere July 22 to over 400 attendees in the audience and most thought it was “outstanding”, “terrific” and “better than expected”. There have been no critic reviews at this point but it’s the audience direct voice that I listen to the most and I know HRG will become very successful!