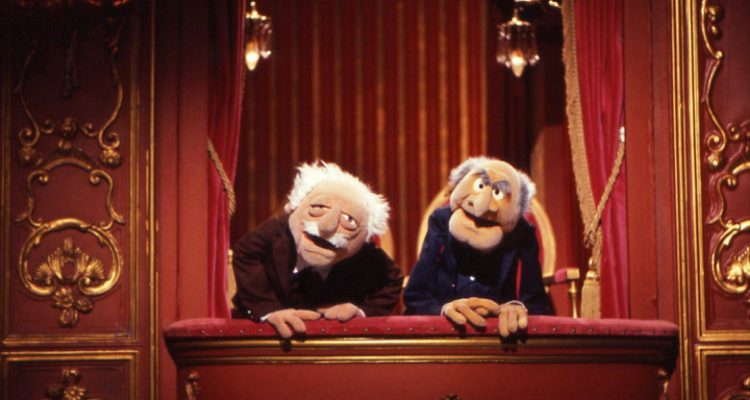 I was on the website Rotten Tomatoes the other day, just scouring movie reviews and it happened: my gag reflex kicked in as my eyes ran over some of the words on the website. Before I knew it, I was on my knees in front of my computer, dry-heaving like nobody’s business.  What caused this sudden gastrointestinal distress, you may ask? It’s simple – I don’t like movie critics. Here’s why:

They react in extremes

I think it’s safe to say that everyone who goes on this website has read at least one review by a “reputable” film critic. I put the word “reputable” because I can’t remember anyone demanding film critics having credentials – they just seem to spring up like weeds in your backyard. One day, they are serving burgers in a fast-food joint and the next, they’re writing articles on the web as if they invented film. It’s not just that though; it’s the tone of the articles. They seem to run one of two extremes – they either think the movie is the height of art, or they’re vomiting in their shorts and declaring the movie the worst thing ever committed to celluloid. Then you watch the movie and discover that you have…neither reaction. But if these people love a movie, they’ll tell you that this film and only this film should be watched, and everything else should be summarily dismissed. If they hate it, they act outraged as if someone walked up to them and suggested they engage in a sex act with a cheetah.  Hey guys, most films exist in the muddy middle, worth neither your praise nor your disgust. Stop acting like a bunch of teenaged girls who found their first pimple on their face.

They think every movie should be Citizen Kane

You ever see Citizen Kane? Great film. And yeah, it really did some new things how it was filmed, putting actual ceilings in and filming them, and the use of miniatures – genius. You will never hear me say a bad thing about the movie and I am proud it is part of my movie collection. However, what most people don’t seem to realize is the movie was made in 1941 – film was still in its relative infancy, sound had just come into vogue a few years prior, so the film industry was ripe for revolution. Orson Welles was the first thespian to really make those changes, and for that, he should be lauded, but I believe if he hadn’t, someone else probably would have, at some point. But you talk to any film critic, and they seem to judge that the movie should be Citizen Kane. I challenge you to read any negative review that doesn’t mention “the films that come before it.” Well yeah, when you’re judging a movie like Terminator: Salvation against one hundred and twenty years of movies, then it probably pales in comparison, but is that the point? Must every film be a frigging masterpiece?

They don’t think movies should be fun

Look at the top-ranked movies on Rotten Tomatoes. You will probably find the odd blockbuster, but most of them are art-house flicks that have been attended by roughly twenty people. That’s not to say those movies are garbage; in fact, they’re probably good (though more than a few are boring as hell), but it seems that film critics immediately dismiss action movies, adventure flicks and horror films as bottom-licking dreck that is best viewed if you literally have nothing better to do, including watching paint dry. Of course, the exception is Marvel, but these clowns aren’t stupid, they know what bandwagons to jump on.  Anyhow, you think about any fun movie you watched recently and look it up where the tomatoes go rotten, and you’ll find it’s been given a splat. Movies aren’t supposed to be fun, people! They aren’t supposed to be escapism! They’re supposed to be art, damn it! Schwarzenegger, Van Damme and the Rock have no place in cinema! I guess it’s too late to see those three gentlemen locked in a room with these yahoos and a bunch of guns, isn’t it?

Try this experiment: take ten movies that you consider “Oscar Bait” and look up their ratings on your favourite film critics website. Guess what? You’ll find they’re all highly rated. Now take ten genre films (not Disney because like I said, those guys seem bulletproof) and look up their ratings. You’ll probably find a lot of screaming, crying and outrage. Guaranteed.  There is one website where I click the review and the rating at the bottom is in big letters.  Before I scroll down, I guess the number I’m going to see, based on the “prestige” of the picture. And guess what? I’m right, pretty much every time.  When you have someone who doesn’t even have to read your review know what you’re going to give the picture, guess what? That’s bad. Really, really bad. There’s no point to reading your review. You just spent an hour or two wasting your life writing something that I will never need to read.

This is the big one, and hey, I actually get it. Think about it this way – pretend that your favourite ice cream is mint chocolate chip. Now think about if you had to eat mint chocolate chip every damn day of your life. Guess what? You may find eventually, you hate mint chocolate chip! And I get it…I really do. But here’s the flip side of the coin: if I have a hankering for ice cream, why should I listen to your opinion knowing that you hate mint chocolate chip? I know it’s a long-winded analogy,  but the point is, you follow any movie critic and you notice a trend – most of their reviews are negative. Now, I would say most of the movies I see, they’re nice, they’re not great, they’re not terrible, they’re just there. I wouldn’t write a negative review about them because they aren’t that bad and they aren’t that great. But these critics take the same movie on crap on it, there’s just no reason, and there’s such maliciousness and bile in the review, you think the reviewer has something personally against the actors, filmmaker or the studio. I don’t think it’s any of that though…they just hate movies in general.

Film criticism has been around since movies were first made. I’m sure that it will be around long after I have shuffled off this mortal coil. Here’s hoping that the next round of film critics aren’t a bunch of film school rejects, that they actually have passion and fun and enjoy movies instead of reviling them because they find them lacking in artistry in some way. I argue it’s just as hard (if not harder) for Van Damme to perform the splits or Scott Adkins to perform a backflip as it is for “serious actors” to emote. Who’s saying Hard Target or Undisputed 2 isn’t art? Film critics need to calm down, take a breath, relax and actually understand that movies are to be enjoyed, not picked apart, analyzed and either put on the mantle or flushed down the toilet. Maybe if they do, they’ll start seeing how great movies they’ve been turning their nose up at actually are.