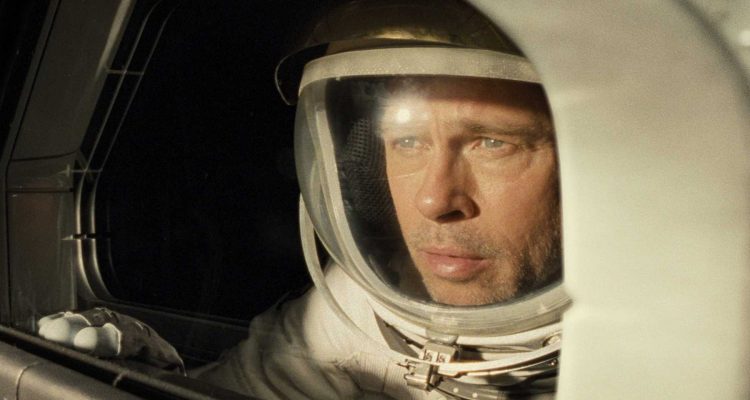 Ad Astra may be a little too slowburn for mass appeal however, Brad Pitt is phenomenal and the visuals are truly stunning so for me this is easily one of the year’s best pictures.

Plot: A man journeys across a lawless solar system to find his missing father — a renegade scientist who poses a threat to humanity.

Review: When I heard director James Gray state Ad Astra reportedly had “the most realistic depiction of space travel that’s been put in a movie” I knew I had to see it on as big a screen as possible. With cinematography from Hoyte van Hoytema (Interstellar) Ad Astra is one of the most visually stunning movies of the year. There are scenes which haunt you long after watching and it’s that rare movie that has moments that we’ve never seen before; comparisons could be made with Interstellar but I feel this is a far more satisfying tale with a less confusing finale.

Brad Pitt gives one of his best ever performances in a complicated role as Major Roy McBride, an astronaut who is tasked with going into the far reaches of space to find his father who left many years before on a mission to Neptune. McBride shows true stoicism but struggles to feel any emotions which keeps him distant from loved ones even when he is on Earth. He is the perfect candidate for space travel as he has a cool head and his emotional detachment helps when various crisis occur.

There is a stellar supporting cast although I found Liv Tyler to be mostly wasted in a one-dimensional role as McBride’s long-suffering wife who feels like he is never there with her even when he is lying next to her.

As he journey’s farther into space his veneer begins to crack and his love for his father becomes clearer. This is a tale of fathers and sons and despite all the spectacular visuals and realistic depictions of space travel it still remains an intimate tale of family.

Coming out of the movie I heard a few people say they found the movie very slow and at times boring which is a valid criticism; I thought the first half was certainly superior as it does get a little overly ponderous in the last half hour however, I thought it captured McBride’s isolation perfectly.

The visual effects will surely win the Oscar this year as every moment looks sublime but it’s also not all staring thoughtfully into space; there are some thrilling set-pieces including a sequence involving pirates on the moon. Keep your eyes open when McBride first lands on the moon as the first thing we notice is an Applebee’s which I thought was hilarious.

The music score isn’t particularly memorable, but it has some beautiful moments and is never overly intrusive. One of my problems with Interstellar was as much as I loved the music sometimes it drowned out the vocals of the movie which was never an issue with Ad Astra.

I don’t see this becoming a box office hit as it may be too cerebral and ponderous for a mass audience, but it will find its fans and I see it becoming a modern classic in the coming years.

Overall, Ad Astra is one of the best films of the year; it will be an acquired taste due to some pacing issues, but the spectacular visuals will blow you away so be sure to see it in IMAX if you can. 2019 is proving to be Brad Pitt’s best year of his career with this and Once Upon a Time in Hollywood proving he still has what it takes to be one of the last great movie stars.