A slightly off-kilter coming of age drama that is far more simplistic than I expected, What the Night Can Do has a terrible title that almost says nothing about the movie.

Luana is a 12-year-old girl struggling to grasp the world collapsing around her, as her parents separate and her estranged Grandfather falls ill. It takes one unlikely person to help her find her way.

A road trip with a family about to be torn apart by divorce turns into an unusual coming of age story for the 12-year old daughter Luana (Petyon Kennedy) who experiences fear, love, and self discovery for the first time of her life. Her father Marty (Max Martini) was recently unfaithful to his wife Tasha (Mercedes Mason), but they’re trying one last road trip together to see if they can work it out before calling it quits. They pick up grandma Bettye Sue (JoBeth Williams) along the way to visit ailing grandpa Hugh (character actor Stuart Margolin who also wrote the script) on his property where they all believe he’s dying. While on their journey, Luana – who’s been acting out in rebellion against her parents – starts to see signs that there might be a kidnapper or killer on the same trail they’re travelling, but her parents don’t believe her. When they all get to grandpa’s place, they find out that grandpa is no longer the alcoholic, cantankerous guy he used to be, but a pretty Zen dude who is trying to make amends before he dies. While this throws the family for a loop, Luana sees in him a man who her father should look up to, but by then it might be too late for anyone to make any changes.

A slightly off-kilter coming of age drama that is far more simplistic than I expected, What the Night Can Do has a terrible title that almost says nothing about the movie. Margolin wrote all the best stuff for himself to say on screen, while the rest of the movie is almost cryptic in its delivery. Christopher Martini (brother of Max) directed this, and there’s a weird point of view to the camera sometimes, and his handling of Kennedy’s protagonist is never quite committed. Is she likable? No. Do we care what happens to her? No. Does her character feel like a real person? Yes, sort of, but the movie never digs deep enough into her character for this story to be built around her. There’re some choice acting nuggets with Margolin, but there’s just not enough to make this picture a must-see.

Though made in 2016, the DVD for this film was only just recently released by ITN. It’s available now. 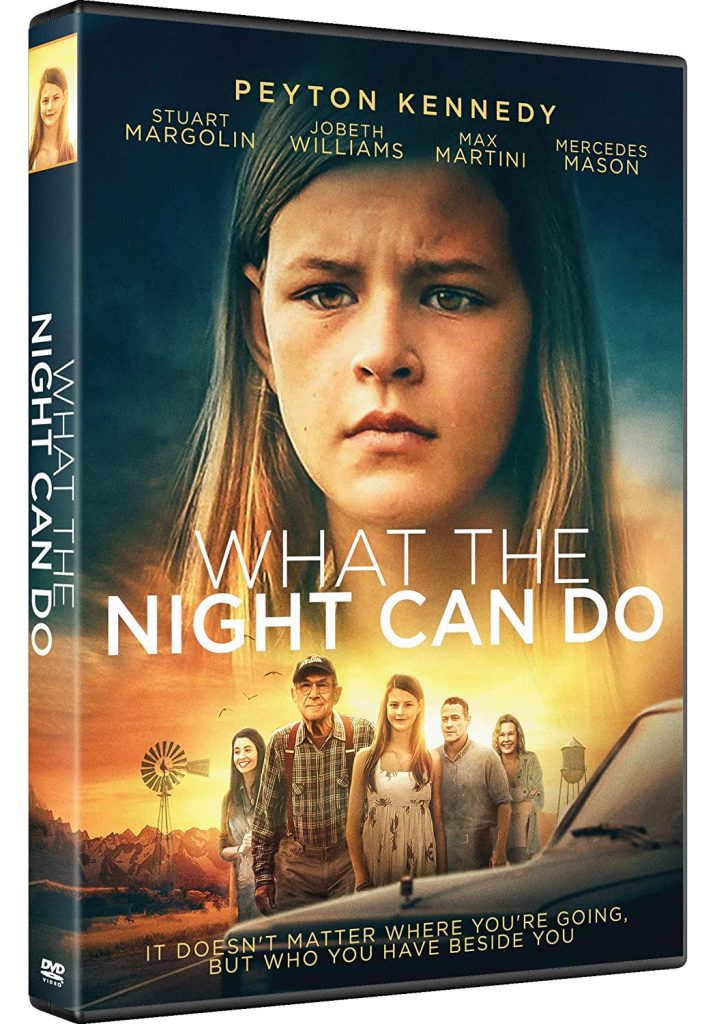