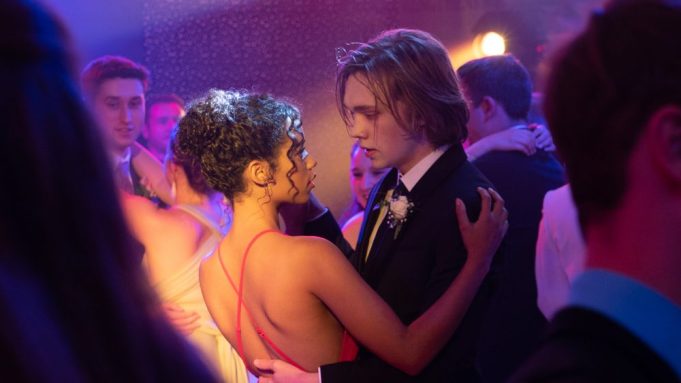 Nick Naveda (Say You Will, Judi) adapted the script from Julia Walton’s novel of the same name, which won both the ALA-YALSA Best Fiction for Young Adults Book Award and the ILA Young Adults’ Book Award.

Words on Bathroom Walls tells the story of Adam (Charlie Plummer), who appears to be your typical young adult – a little unkempt with raging hormones and excited about a future pursuing his dream of becoming a chef. Expelled halfway through his senior year, Adam is diagnosed with a mental illness that he keeps a secret at his new school. Living in constant fear of being exposed, Adam finds a soulful, comforting connection in Maya (Taylor Russell), an outspoken and fiercely intelligent girl who inspires him to open his heart and not be defined by his condition. With the love and support of his newfound romance and his family, Adam is hopeful for the very first time that he can see the light and triumph over the challenges that lie ahead.

“We’re thrilled our friends at LD Entertainment have brought us on to represent the adaptation of this much-loved novel,” said Deckter. “The YA demographic is one we and our international partners know inside-out, and we look forward to replicating our past successes in this market on Words on Bathroom Walls.”