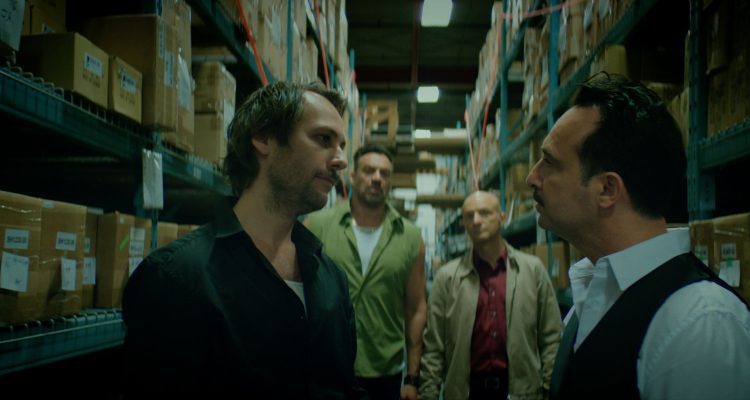 Volition is one of the most entertaining and challenging movies of the year with an unpredictable story that will keep you guessing.

Plot: A man afflicted with clairvoyance tries to change his fate when a series of events leads to a vision of his own imminent murder.

Review: I avoided any trailers to Volition so when I sat down to watch it I had to no idea what to expect; it ends up being on of the year’s best movies with a mind-bending story that will have you scratching your head throughout. It’s difficult to talk about this movie without going into spoilers as you’re best to go into Volition knowing as little as possible.

It’s really quite ingenious and the type of movie you need to pay close attention to and although it may get a little confusing in the middle, I urge you to stick with it as it is ultimately a thoroughly rewarding experience.

Adrian Glynn McMorran makes for a believable protagonist in James; he looks exhausted and world weary as being clairvoyant isn’t quite the gift you’d expect. He normally uses it to his advantage to steal things and bet on fights knowing the outcome in advance. When he meets Angela (Magda Apanowicz) his world is turned upside down and he is given a new purpose. He is asked to transport some diamonds by an acquaintance called Ray (John Cassini) but others are interested in them, so James and Angela end up going on the run and the story gets more crazed and unpredictable as it goes on.

I won’t say anything else regarding the story, but the cast are all excellent and the different directions it goes in will keep you engaged from beginning to end. It’s only around 90 minutes long so it never drags and moves along at a rapid pace.

After you’ve watched it once I’m not sure how often you would want to rewatch it, but it would likely be fun to analyze the structure as it’s such a well told story.

Overall, Volition is a massively entertaining sci-fi thriller which goes in all kinds of crazy directions keeping it fresh and exciting.