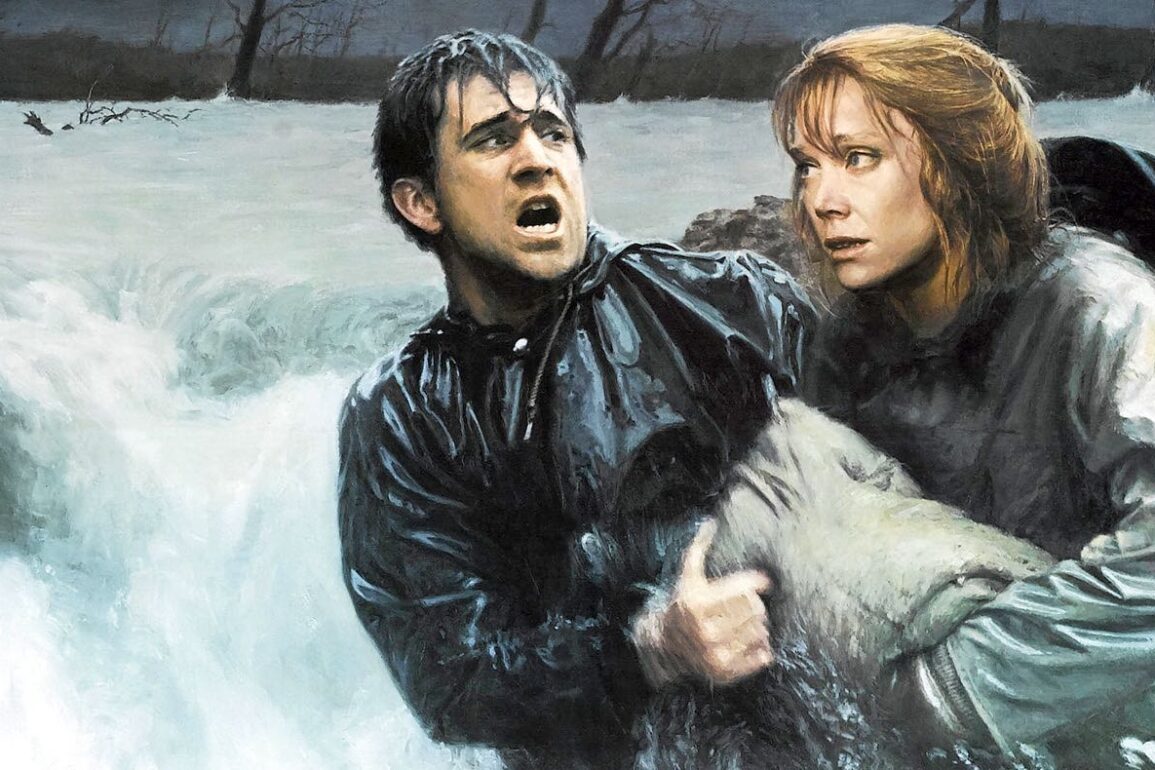 Slightly overlong at 124 minutes, The River might’ve worked even better if the character that’s supposed to be the villain wasn’t so cool or didn’t actually use common sense in his approach to progress.

Tom and Mae Garvey are struggling farmers trying to keep their homestead safe from the local power authority who wants to flood their land.

Deep in debt and always on the verge of foreclosure, humble and proud farmers Tom (Mel Gibson) and Mae (Sissy Spacek) Garvey live next to a raging river that constantly threatens to flood and destroy their land and crops, especially during the rainy season. It’s not just them: There are miles of farmland where farmers struggle with the same dilemma, and quite a few local farming families have already lost their farms to the banks. A developer named Joe Wade (Scott Glenn), who used to date Mae once upon a time, has a plan to muscle in and buy up all the farms as far as the eye can see to build a huge dam and power plant. Standing in his way are just a few holdouts – including the Garvey’s – who refuse to sell. Not only that, but Tom’s obstinacy turns intense when he’s on the razor’s edge of losing everything and refuses to budge against change. As Tom takes on a side job at a steel mill to make extra money for a few months, the stress of handling two children and their farm alone takes a heavy toll on Mae who, no matter how hard she tries, cannot change her husband’s mind to sell.

Slightly overlong at 124 minutes, The River might’ve worked even better if the character that’s supposed to be the villain wasn’t so cool or didn’t actually use common sense in his approach to progress. I bought into Joe’s vision of the future, while Tom refused to see or understand reason. The movie has a couple of strong moments in it, but it also gets heavy handed in a few scenes that should have been handled a little more delicately. The performances – particularly by Spacek and Glenn – are on the money, while Gibson was a little wet behind the ears (and too young to play Spacek’s husband). Two other struggling farmer movies were released around the same time: Country and Places in the Heart. Mark Rydell directed it, and John Williams composed a nice score for it.

The River has just been released on blu ray from Kino Lorber, and it looks quite nice in high definition. This was the first time I watched the film, so I was very pleased with the presentation, and special features include a new audio commentary by two film historians, as well as the trailer. 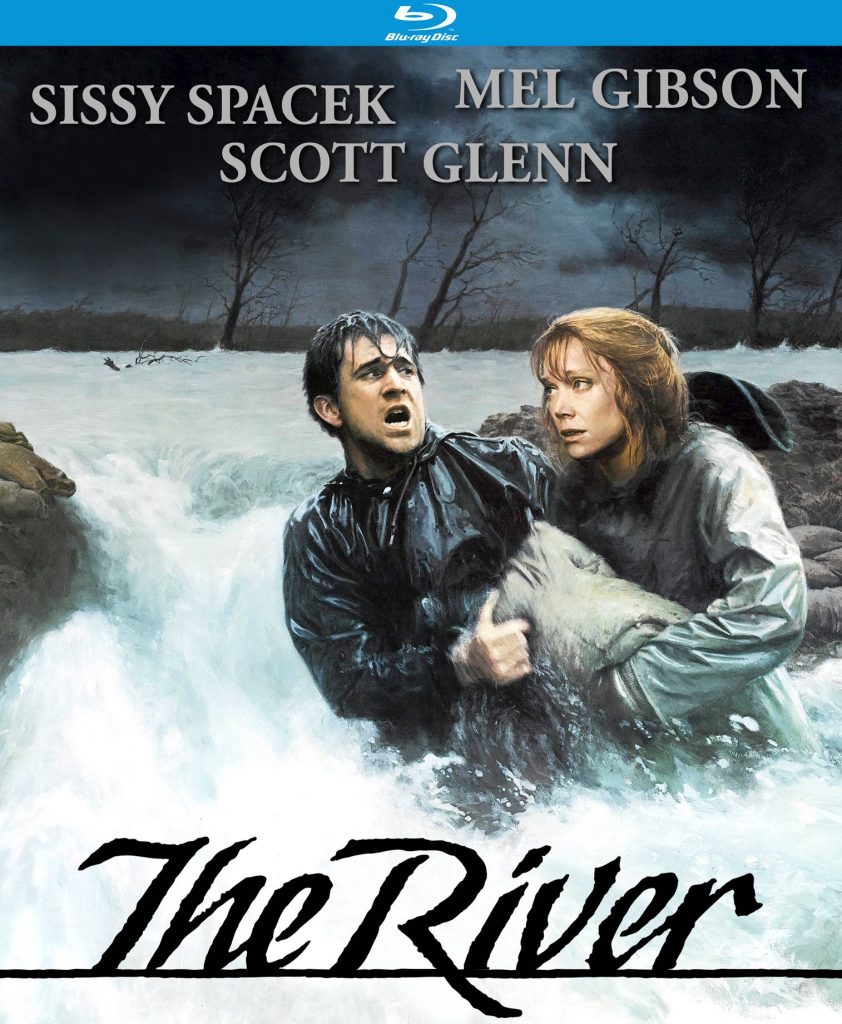