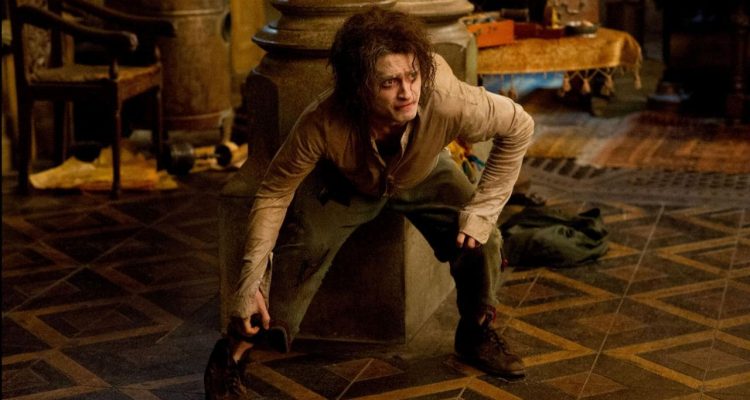 Victor Frankenstein is a fresh twist on an old story which was far more entertaining than I was expecting with the cast on fine form and clearly enjoying every minute.

Plot: Told from Igor’s perspective, we see the troubled young assistant’s dark origins, his redemptive friendship with the young medical student Viktor Von Frankenstein, and become eyewitnesses to the emergence of how Frankenstein became the man – and the legend – we know today.

Review: Although seen as a box office disappointment at the time of release Victor Frankenstein is actually a bit of a gem with James McAvoy and Daniel Radcliffe on top form as the respective mad scientist and his trusted assistant/partner Igor.

I loved the whole backstory of Igor who starts out as nothing more than a sideshow circus freak but when he meets Victor his life is transformed and their unstable partnership begins. Radcliffe is becoming quite the actor now that he is free from the shackles of Harry Potter and I like how he is trying different roles which aren’t guaranteed easy box office.

Although this is a story that’s familiar to absolutely everyone there are enough surprises to keep things engaging from the start to the very end. McAvoy steals the movie as the deranged Frankenstein who one minute is friendly and rather humorous to utterly batshit the next. This does give the film a bit of a mixed tone, however as it can’t quite make up its mind what genre it is.

It’s never really scary and couldn’t be classed as a horror movie and there isn’t enough action in it to call it an action movie so it’s a movie that’s made up of as many parts as the famed creature. I still found myself with a goofy grin on my face throughout though as it is never less than great fun.

The music score is suitably Gothic with some nice choirs thrown in to set up the atmosphere but it’s never intrusive or overly loud.

The effects are impressive and I loved the design of the first creature (Gordon?) which was a kind of psychotic chimp which was rather terrifying to behold but sadly it’s taken care of rather quickly. It ends up of course that the monster of this tale is the Doctor himself who is driven to try and create life after a previous personal tragedy has filled him with remorse.

Overall, Victor Frankenstein is a fresh twist on an old story which was far more entertaining than I was expecting with the cast on fine form and clearly enjoying every minute.