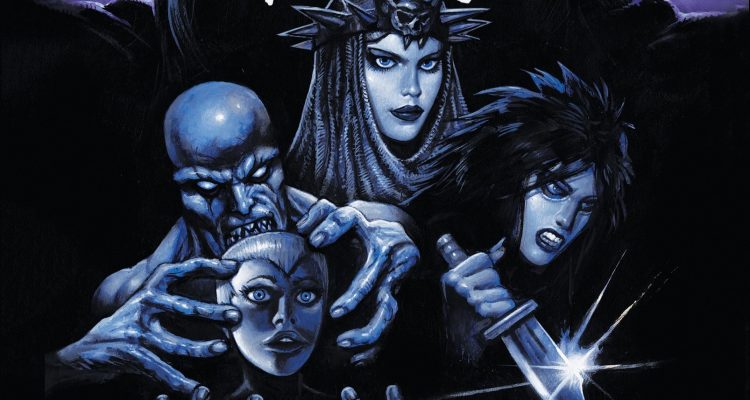 Danizig was utterly convinced that he was making a real deal Tales From the Crypt-type movie with his own unique spin, and while that’s true in a sense, the fact is that he created something so awfully bad, that it’s a miraculous mistake.The 3.5 rating indicates that the movie is amazing, but perhaps for the wrong reasons.

Review: An erotic-themed horror anthology from Glenn Danzig of The Misfits, Verotika just goes for broke and doesn’t care what you or anyone else thinks. The “presenter” is a sexy creepy lady dwelling in a dungeon (played by porn star Kayden Kross), and she introduces three segments, each of wildly bizarre proportions. The first segment is about a woman whose beautiful, large breasts have eyes for nipples. When she sleeps, her nightmare of a really big ashen white spider man with an extra set of (immovable) arms is released from her mind and kills women in the night. What does it all mean? No idea, but you’re going to laugh your ass off watching it. The second entry is the ickiest one: An exotic dancer is actually a serial killer of women (strippers and other beautiful women, including one played by Courtney Stodden), and her method of killing is to strip the faces off her victims and collect them in a menagerie of trophies on her wall. Gross. The third and final entry feels like the longest: it’s a retelling of the evil Countess of Bathory, who lives in a village where she collects beautiful, nubile maidens to drain of their blood to fill her blood tubs. Lots of nudity in this entry, but not too many scares.

I was one of the lucky ones to get a chance to see the Los Angeles premier of Danzig’s Verotika. I wasn’t quite prepared for how hilarious it was going to be. What makes it funny is not just bad acting, per se, but the complete straight-faced delivery of the entire film. Danizig was utterly convinced that he was making a real deal Tales From the Crypt-type movie with his own unique spin, and while that’s true in a sense, the fact is that he created something so awfully bad, that it’s a miraculous mistake. It’s totally incompetently made, but it has a real sense of maverick filmmaking to it. There is absolutely no studio interference here, just an unfiltered piece of art that needs to be see to be fathomed.

The new blu ray of Verotika from Cleopatra Entertainment is nicely packaged in a DVD / Blu-ray combo, with a bonus soundtrack CD, which makes the purchase that much more satisfying. 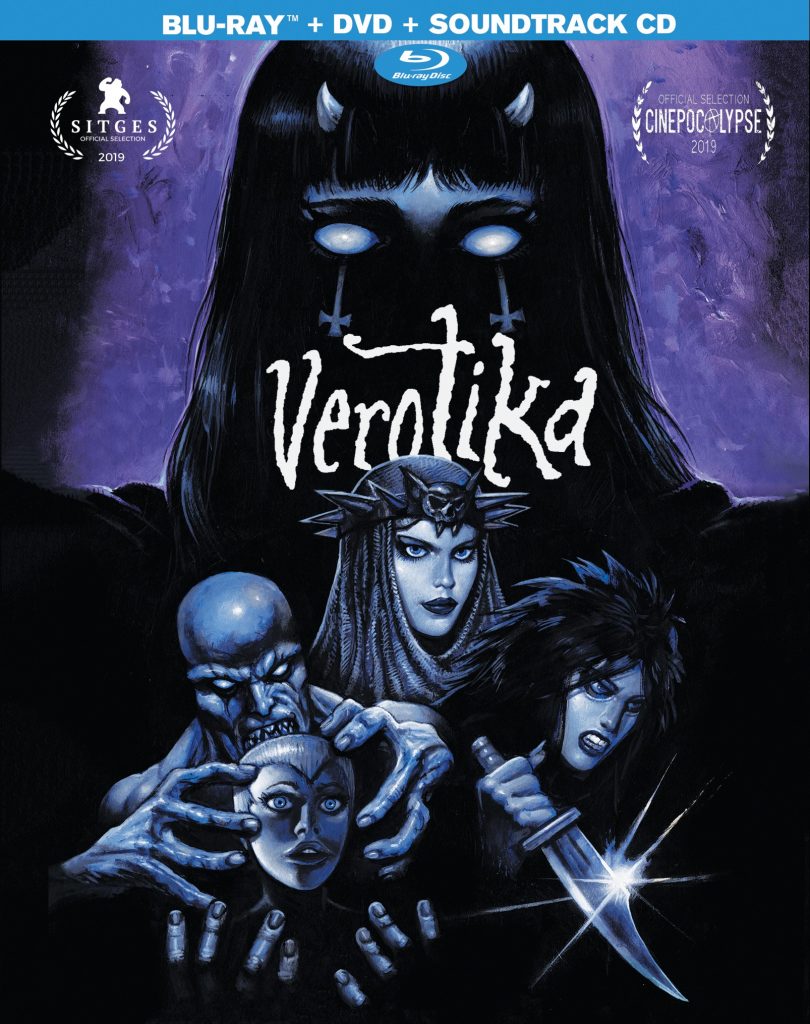