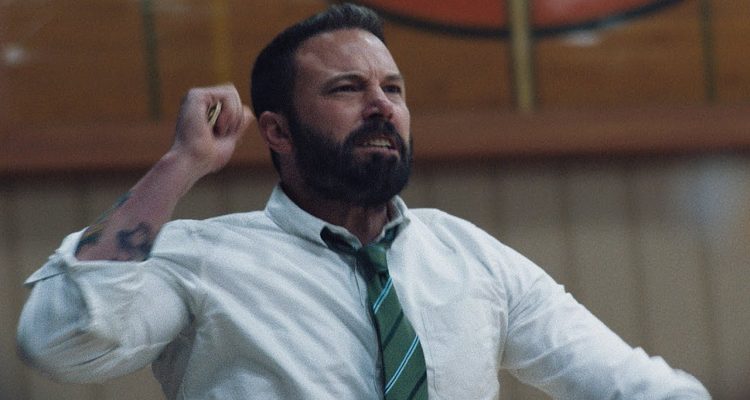 The Way Back is an engaging drama that’s carried by Ben Affleck’s performance and the supporting cast are all impressive; it’s predictable stuff but it’s still a moving drama that is worth watching when it hits Netflix.

Plot: Jack Cunningham was an HS basketball phenom who walked away from the game, forfeiting his future. Years later, when he reluctantly accepts a coaching job at his alma mater, he may get one last shot at redemption.

Review: I’ve always liked Ben Affleck as an actor and even more as a director, so when I found out that this was him reuniting with the director of The Accountant(which I feel is underrated), I was very intrigued by this one.

Well, now that I have seen it, my feelings are that it’s a decent drama overall, not one that I’d recommend seeing for full price, but overall not bad.

Affleck carries this movie delivering his best performance since The Accountant, though the actors playing the students from his basketball team all do a solid job as well.

The story is fine for the most part, it’s mostly predictable from the start, but that’s typical for these kinds of films.

My problems are I wish they focused more on the kids that he was coaching as those were easily the best scenes of the movie, but there’s not enough of that and the cinematography is hit or miss with me at times.

Overall, The Way Back is an engaging drama that’s carried by Ben Affleck’s performance, along with the actors portraying the players on the basketball team. To be honest, I would wait for streaming; this is not one you need to rush out to see in theaters, unless you’re a die hard fan of Affleck, then by all means, go for it.