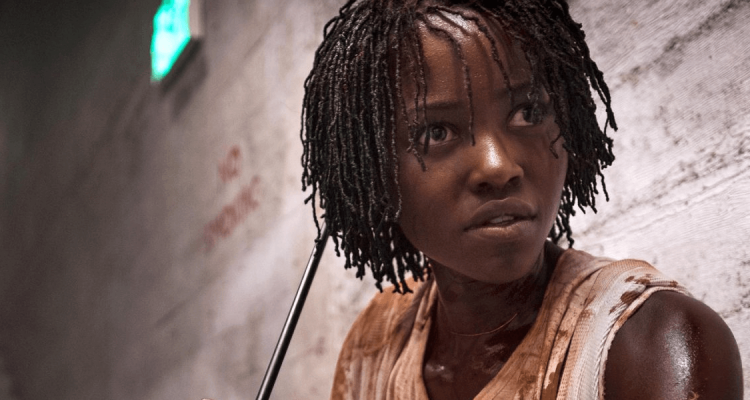 While its story is one of those ‘take it or leave it” propositions, the cast, atmosphere, and suspense make up for any flaws the movie has.

Plot: An African-American family idyllic vacation is shattered by a surreal horror that threatens them all.

Review: I have not yet seen ‘Get Out’ and have heard mixed opinions on it.  While I’m always good to check out the latest horror film, as I like some of the ideas that have emerged from the new wave of horror directors, I was still skeptical about buying into the hype that the critics are lavishing on this movie.

You’ll notice that I left the plot description purposefully vague.  I didn’t really know anything about the plot before watching the movie, so I thought I would leave this review as spoiler-free as possible.  That being said, I will say that the story is really kind of unique and different from most fare I watch these days. That’s not to say it doesn’t have its problems; the story really is one of those movies where you either accept what you see on film or you don’t – I would say it’s definitely more fantasy than grounded in a gritty reality.  Personally, I accepted the story, but I know there will be people who won’t.

The acting is pretty top-notch.  Lupita Nyong’o proves that she can carry a film in this movie and the emotion that she shows on screen is real and relatable. Kudos to her, hopefully, she gets some hardware for her work.  Winston Duke is her dopey husband who tries to be the comic relief; whether he succeeds or not is determined by your taste in humour.  The two kids don’t annoy, which is always a good thing. The rest of the characters are serviceable, but the four characters I mentioned really monopolize the screen time.

The sound in this movie was terrific; I don’t know if it was because of the theatre I was in, but everything seemed amplified and really upped the suspense on screen.  Likewise, the soundtrack was great, with some awesome music as well as songs that were appropriate for what was unfolding in front of me.

That isn’t to say the movie didn’t have its warts.  The beginning dragged, and at one point, I began to wonder if this was going to be one of those movies that just hints at everything and doesn’t show you anything. I will say that when the movie does finally get going, the pace is relentless and keeps the audience engaged. However, I feel that a bit of stronger editing at the beginning would have tightened the overall film.

Also, the movie is really dark when the terror really starts up, leading to some things not being visible. One character ends up getting killed, and the woman two seats next to me turned to her boyfriend and said: “what happened?”  While I get this movie shied away from showing gore (which was curious considering the ‘R’ rating), it should not be at the expense of being able to tell what the hell is going on in the movie.  The darkness was apparent in a couple of scenes, where I didn’t really think they needed to hide what was going on-screen from the audience.

To sum it up, I would say that the praise being lavished to this movie is a little over-stated.  While it is definitely a unique movie and has some great things going on for it, I would reject the notion that it’s the greatest horror movie ever made or even one of the top horror movies of this generation. It is a solid flick though, and has enough going on to satisfy audiences looking for some thrills, some chills and something a little bit different.