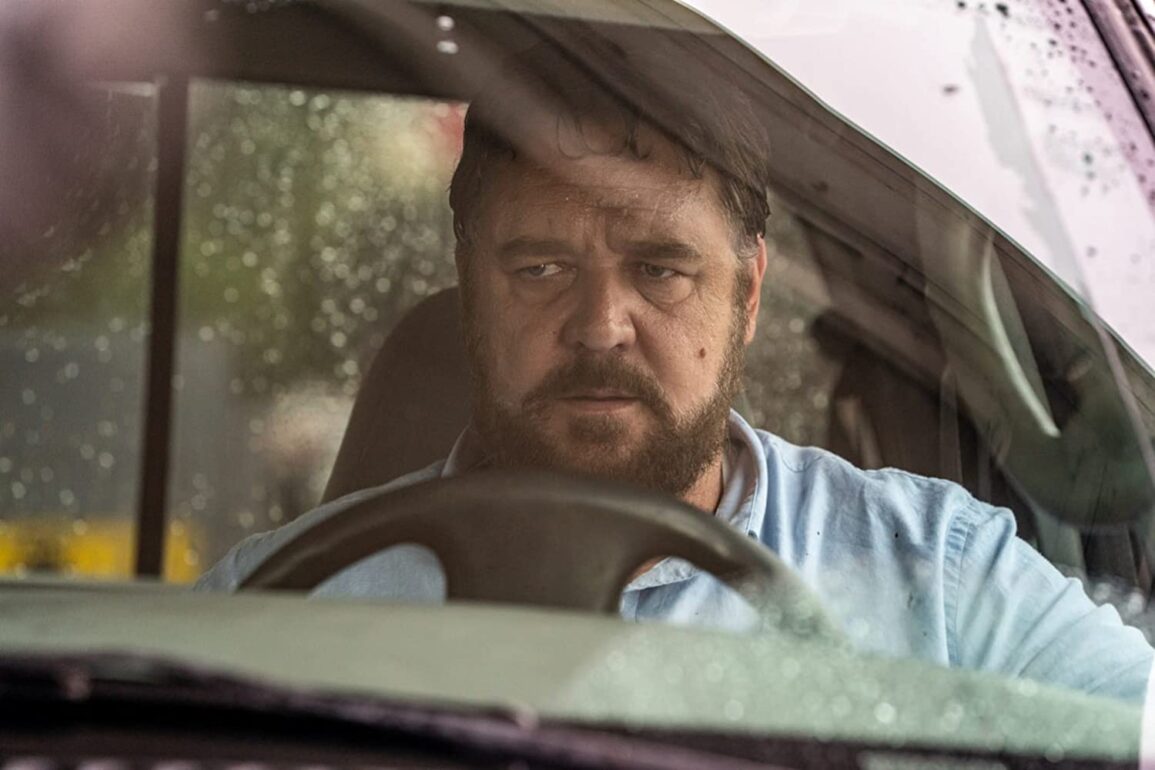 Unhinged isn’t the most original movie of all time but Russell Crowe’s malevolence radiates off the screen so the next time you’re about to tap your horn maybe you should think twice because as the poster says he could happen to anyone.

Plot: After a confrontation with an unstable man at an intersection, a woman becomes the target of his rage.

Review: If ever there’s a movie for our time it’s Unhinged; not only does that one word describe 2020 but it’s very much the mindset of most of us when we get behind the wheel of a car. This is a cautionary tale not to let our anger get the better of us and I know for myself I definitely could do with chilling out more while driving.

Russell Crowe is at his terrifying best as the nameless psycho (known only as The Man) who targets Rachel (Caren Pistorius) after she refuses to apologise to him for not using a “courtesy tap” on her horn at some traffic lights; things escalate from there and he decides to show her what a bad day really is.

I was actually on Crowe’s side for a lot of the time as Rachel was not a particularly sympathetic protagonist; she’s unreliable, rude, impatient and lets her family down when they need her so why should we care if The Man kills her or not?

As the story goes on however, we find out more about her and by the end we are 100% on her side as The Man needs to be put down.

This is a story where everyone is stressed and at their wits end making this 90 minutes of pure anxiety which I think we can all relate to; it isn’t exactly a fun escape from reality but it is without a doubt an edge of your seat thriller.

It’s sort of a cross between Falling Down meets Changing Lanes but also reminds me of 90’s psycho thrillers like Unlawful Entry, Pacific Heights and those kinds of films which admittedly I have always loved.

So it isn’t anything all that new but it’s a modern twist on an old tale elevated by Crowe’s sheer malevolence; this has elements of horror too with some shocking moments of violence raising the tension up to 11.

The story is well told and there are some memorable lines of dialogue and one comment about how there are just too many people in the world sadly rings true.

Overall, Unhinged may not reinvent the wheel but it’s a taut thriller with Russell Crowe stealing every scene and it’s the most tension-filled movie of the year.