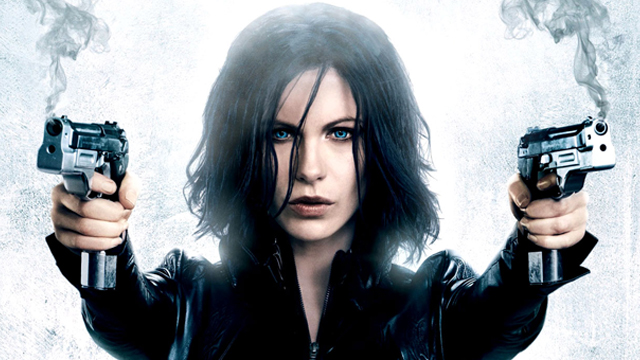 You know what you’re in for so if you enjoyed the other movies in the series you’ll have a good time.

Plot: Vampire death dealer, Selene (Kate Beckinsale) fights to end the eternal war between the Lycan clan and the Vampire faction that betrayed her.

Review: The vampire / Lycan (werewolf) war is still raging, even into the future where the Death Dealer Selene (Kate Beckinsale) has become a sort of lone, ousted warrior framed for crimes she didn’t commit. As if Selene’s saga couldn’t get any more lonesome or difficult! Her daughter (see Underworld: Awakening for more on that) is estranged, and her only two allies are vamps David (Theo James) and Thomas (Charles Dance), who can only do so much to stand up for Selene in the realm of vampires. Selene goes on a quest to a Northland stronghold of ancient vampires to warn them of an impending Lycan invasion, and she gets there with just enough time to relay her message before the invasion begins. With the Underworld franchise, it always helps to have an invasion battle of some kind to keep things moving.

Thank goodness for Kate Beckinsale, who treats this comic book / video game type-stuff with the utmost sincerity and conviction. She looks incredible (and how!), and the movie around her here looks slick and appropriately tinted, as if we’re seeing the world through the eyes of the cold-blooded vampires. The movie isn’t short of action, but with five movies in now, the franchise has become stagnant as ever. None of the Underworld pictures are standout classics, and frankly they blend into each other for me. I like them about as much as I like a fast food meal. Underworld: Blood Wars is comparable to the last three or four movies, but as usual I find myself wondering where the real humans are. Is this world completely overrun with vampires and Lycans? We stopped seeing humanity at least three or four movies ago. It’s odd if you think about it. This one was directed by Anna Foerster.

Sony’s new Blu-ray (out April 11th) looks and sounds expectedly pristine, and if you’ve been collecting these films from the get-go, this one will be a requisite. The special features include Underworld: Blood Wars: The Official Graphic Novel, The Evolution of Selene, Building a War (all which are Blu-ray exclusives), and two other featurettes.