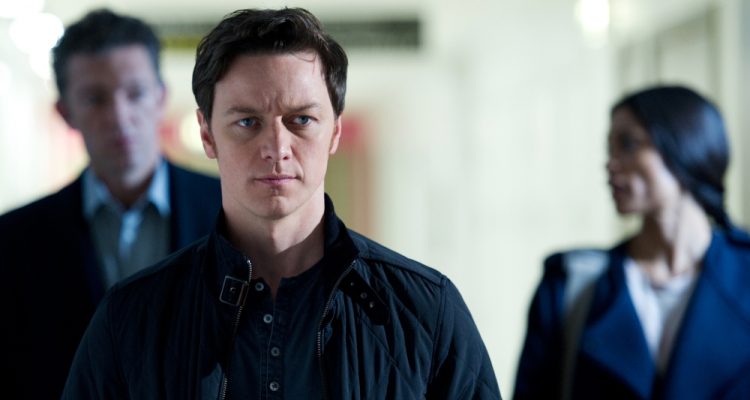 Plot: A fine art auctioneer mixed up with a gang joins forces with a hypnotherapist to recover a lost painting. As boundaries between desire, reality and hypnotic suggestion begin to blur the stakes rise faster than anyone could have anticipated.

Danny Boyle has yet to make a bad movie and any time he has something in the pipeline you know it will be of the highest caliber. Trainspotting is my favourite movie of his so far but Slumdog Millionaire, Sunshine and 28 Days Later are also gems.

I only saw Trance for the first time recently and once again Boyle proves what an interesting filmmaker he is crafting a story with many twists and turns that will keep the viewer guessing until the very end.

It’s beautifully shot and incredibly stylish but also violent and shocking in the right amounts; we should also mention that Rosario Dawson gets full frontal naked too… which does not suck.

Even when Vincent Cassel is playing a good guy he manages to creepy as Hell and in this movie you aren’t sure whether he is hero or villain even once you’ve reached the end credits; he’s just someone who has been used.

I love the trippy music score which is unsurprisingly quite trancy (imagine that) as it only helps to conjure up the dreamlike images we are seeing on screen. The film has an Inception style vibe where we aren’t quite sure what is real or what is a hypnosis induced dream which keeps you guessing from beginning to end.

Performance wise I have to say that I am a massive fan of James McAvoy and this is one of his best roles because as the story progresses you aren’t sure if he is the hero or the villain. I’d be lying if I said I understood everything though as the film does get very confusing at times and if you fully get it then you’re a smarter man than I.

Overall though, I really enjoyed Trance with some fabulous performances from the cast and some nice stylistic flourishes it’s a movie that requires multiple viewings to fully appreciate so I look forward to watching it again real soon.