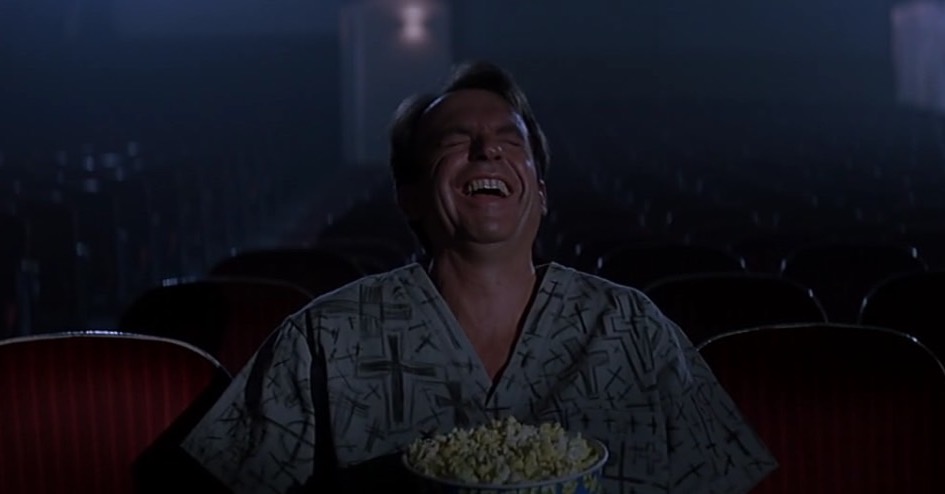 This is easily one of my favorite John Carpenter films; I didn’t fully appreciate it when I first watched it, but now I do.

The story is original and gets creative at times especially during certain scenes leaving a palpable sense of unease.

The acting is great with the standouts being Sam Neill and Jurgen Prochnow, although not to discourage the other actors, they all do a great job in their roles as well. On a side note, I actually forgot Charlton Heston was in this until I rewatched it recently.

I also love the score by both Carpenter and Jim Lang, it’s probably up there with my favorite scores from him.

There’s also some great makeup effects by Greg Nicotero and Robert Kurtzman throughout the film that help with the mood and atmosphere.

My only problem is the pacing can be a little slow at times, but that’s about it and it’s short running time means it never drags.

Overall, In the Mouth of Madness is a unique horror film that is Carpenter at his best; it has an interesting story, a great score, and some inspired direction by Carpenter. Definitely recommend!