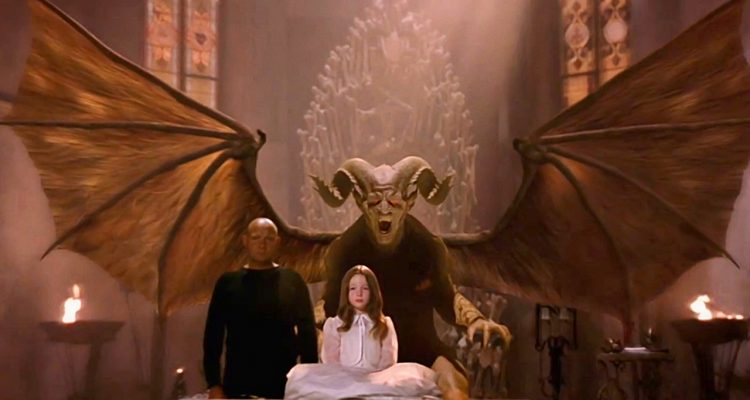 Plot: Cody, a little girl abandoned by her mother and raised by her aunt, a nurse, is kidnapped. The girl’s guardian, aided by an F.B.I. agent, learn that Cody has supernatural abilities, and the abductees are a Satanic cult willing to do anything to gain them.

I’ve always loved Chuck Russell as a director, he’s made some of my favorite films whether it’s my favorite Elm Street film, Dream Warriors, the very underrated remake of The Blob, a fun comedy in the The Mask, and my second favorite Schwarzenegger film Eraser, he’s proven how versatile he is in each film that he makes and knows what they are; Bless the Child is no exception.

This one doesn’t get talked about when discussing his films, and I’m not sure why. The cast here are all great particularly Kim Basinger, Jimmy Smits, Christina Ricci, and even Holliston Coleman as Cody who’s actually likeable and not the usual annoying kid you see in films.

The story is intriguing to say the least; while it may not be entirely original, I at least appreciate the effort they put into this unlike other films where they rely on cheap jump scares, this doesn’t.

The direction by Chuck Russell is solid, what I love about it is the way he builds tension in certain scenes.

The score I also wanted to mention by Christopher Young shouldn’t go unnoticed; it’s very effective when it has to be and helps build the tension throughout film without being overly distracting.

My only real problem with the film are the effects which do not hold up at all, but that’s it.

Overall, Bless The Child is a film I think is underrated; it has a great cast, has an interesting story, is well directed by Chuck Russell, has an effective score by Christopher Young, and moves at a good pace. Definitely give this one a watch if you haven’t seen it.