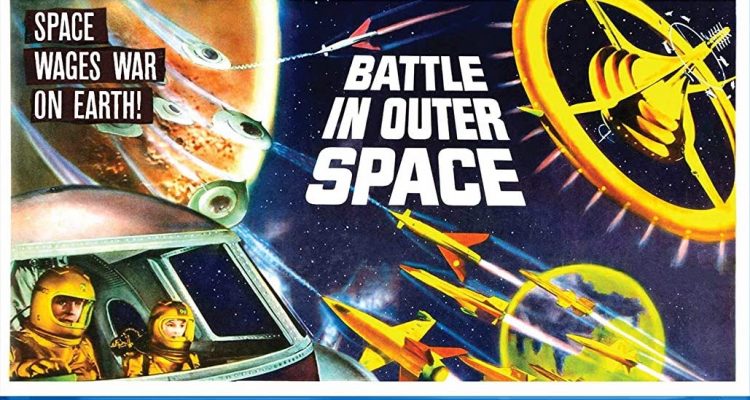 While both antiquated sci-fi / horror movies, these sort of rekindle the atomic age and the thrill of being spooked by aliens and creatures.

After the nuclear bomb goes off in Hiroshima, radiation turns a man into a liquid creature, leading to the creature terrorizing Tokyo.

A drug dealer carrying a bag full of narcotics disappears in Tokyo, and when police find his bag and clothes in the middle of the street, they go to interrogate his pretty wife Chitako (Yumi Shirakawa) who is a nightclub entertainer. She has no idea where her husband is, and when the police tell her that her husband was a drug dealer, she’s stunned. The police keep tabs on her, hoping that her husband will return for her. Detectives set up a sting to catch him, which leads to the arrest of several of his associates, who all seem to have a terrifying story of a man made of liquid who can melt flesh on contact and turn them into globs of sentient goo. Scientists get involved and realize that there’s an intelligence to the glop, and that it acts like a creature, intent on feeding on anything organic. Several sailors tell a tale of a ghost ship full of the goop, and others tell of the stuff lurking about in the sewer system beneath Tokyo. Can it be possible that Chitako’s husband fell prey to the liquid creature … or might he actually be the creature itself? The police and military have to get on this quick before all of Tokyo becomes a pile of the ever-growing glob.

Made and released the same year that America made and released the better-known film The Blob, The H-Man is part police procedural and part creature feature, but one thing’s for sure: It needed more of the creature scenes to make it more fun. As it is, it’s kind slow and plodding (just like the blobby junk that moves at a snail’s pace), but it’s interesting to hold up to its better know Western counterpart. It works, but not quite like The Blob does. From Ishiro Honda, who also made Godzilla.

A global defense team is assembled to help stop an alien race from destroying the world.

It starts quietly at first: People being disappearing, or acting strangely, even at the highest levels of government. Then, the aliens present themselves, first peaceably, and then they reveal their true intentions: To destroy earth and make way for a hospitable planet where they can relocate. But not if the people of earth can do anything about it! Scientists and governments band together to fight back. They organize their astronauts, assemble crack teams, and go on the offensive: rocket ships fly to space and attack the aliens (who sort of look a lot like us), but the aliens have thought of everything: They’ve placed sleeper agents among the humans, even at the levels of government and military, so sabotage is part of their plans, but they don’t realize how resilient humans are. When the aliens launch their full-scale attack, they destroy cities, landmarks, and major hubs (the destruction of the Golden Gate Bridge is memorable), leading to a last stand between the people of earth and the race of extraterrestrials.

From Ishiro Honda, the director of Godzilla, Battle in Outer Space has a sort of homemade quality to it, but it’s still fairly cutting-edge for its time, with extensive miniature work, wire-propelled spaceships, and optical laser battles, with plenty of destruction. While the movie crawls pretty slowly in between the battles, it’s an endearing film that recalls the wonderment and hopefulness of an atomic age. The title could’ve easily been simplified to Star Wars and still had the same effect.

Mill Creek’s recently released double feature of these titles comes in a nifty, two-disc collection, and there’s a bonus commentary on Battle in Outer Space, plus two versions of The H-Man that run at different lengths. This Halloween season is the perfect time to check these movies out for the first time, and it’s affordably priced to own. 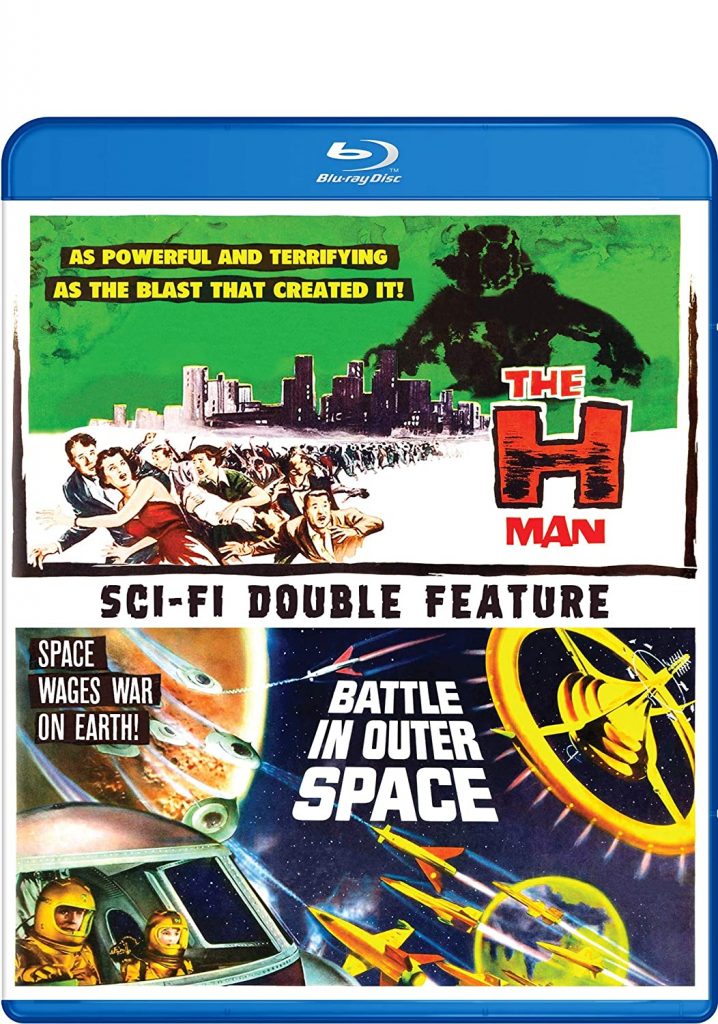