The greatly disputed villain of the American Revolution. The traitor who turned his back on the country that gifted him prosperity and power and joined forces with the enemy. This is the way history remembers Benedict Arnold… until now.

Legacy Distribution is proud to debut Benedict Arnold: Hero Betrayed. This controversial and groundbreaking documentary captures the brutal hardships of the revolutionary war and the heroic deeds of a man scorned by history. Directed by Chris Stearns and produced by Thomas Mercer and Anthony Vertucci, with co-producers Steve Letteri and Michael Camoin, this feature-length film challenges the long-standing narrative of Benedict Arnold as a traitor and places him among the names of American war heroes, with its in-depth interviews with historians and stunning re-enactments featuring Peter O’Meara (Knightfall, Band of Brothers) and narrated by Martin Sheen (The West Wing, The Departed).

Benedict Arnold: Hero Betrayed will premiere on TVOD/EST including iTunes and Amazon on November 2, 2021.

Shining a light on the Revolution like never before, Benedict Arnold: Hero Betrayed confronts the myths surrounding Benedict Arnold and reaffirms that history is never black and white and always memorialized by the victors. Arnold’s contributions to America have been largely forgotten, although they are second in importance to only George Washington. At a time when statues are being torn down and cancel culture is redefining heroes and traitors, this film could not be more relevant.

“Benedict Arnold has always been seen as a cartoon villain,” says director Chris Stearns. “To really understand him as a person, we needed to see what he was struggling to overcome. I hope viewers will come to appreciate his very personal story as well as the large-scale story of the great sacrifice and effort he and others gave to the cause of liberty.”

“The heroic journey and Shakespearian tragedy of Benedict Arnold is worthy of grand cinematic treatment, but to dispel the myths surrounding him, we wanted reputable historians to tell the story,” continues producer Thomas Mercer. “So we set out sights on a hybrid approach- a documentary with cinematic visuals of huge land and naval battles, and faithful recreations of 18th-century life.”

“I’ve always seen Benedict Arnold as the Darth Vader of the American Revolution,” says co-producer Anthony Vertucci. “The very best and worst of the American ideal. Self-made, brave, enterprising. And today’s perception. Vain. Greedy. Traitor. But the real question is why the most fervent patriot of the Revolution turned his back on the cause he fought for and nearly died defending? The nuance and space between all of these characteristics and the answer to that fundamental question is worthy of deep exploration. What is treason?”

Synopsis
Benedict Arnold is not the villain of American history most people were taught to believe. New facts and never before presented material illuminate his heroic contributions to the American Revolution and explains his later change of allegiance.

For the crucial first three years of the Revolution, Arnold’s battlefield heroics foil British invasions. Then his idealism is shattered by self-serving political and military leaders. He feels betrayed by the cause he had joined for the principles of an egalitarian society. Instead, he encountered an arbitrary system of personal favoritism and cronyism. He had lived up to the ideals of the Declaration of Independence while others had not. He concludes the Revolution had taken a bad turn and America would be better off under Britain’s rule.

“Benedict Arnold: Hero Betrayed will change the way everyone sees the American Revolution and make them question who the real heroes and villains were,” says Legacy Distribution CEO, Dana Webber. “It is essential that people should watch this incredible new film to get a better understanding of our history, and understand that there is always more to the story than what is written by those who were victorious.” 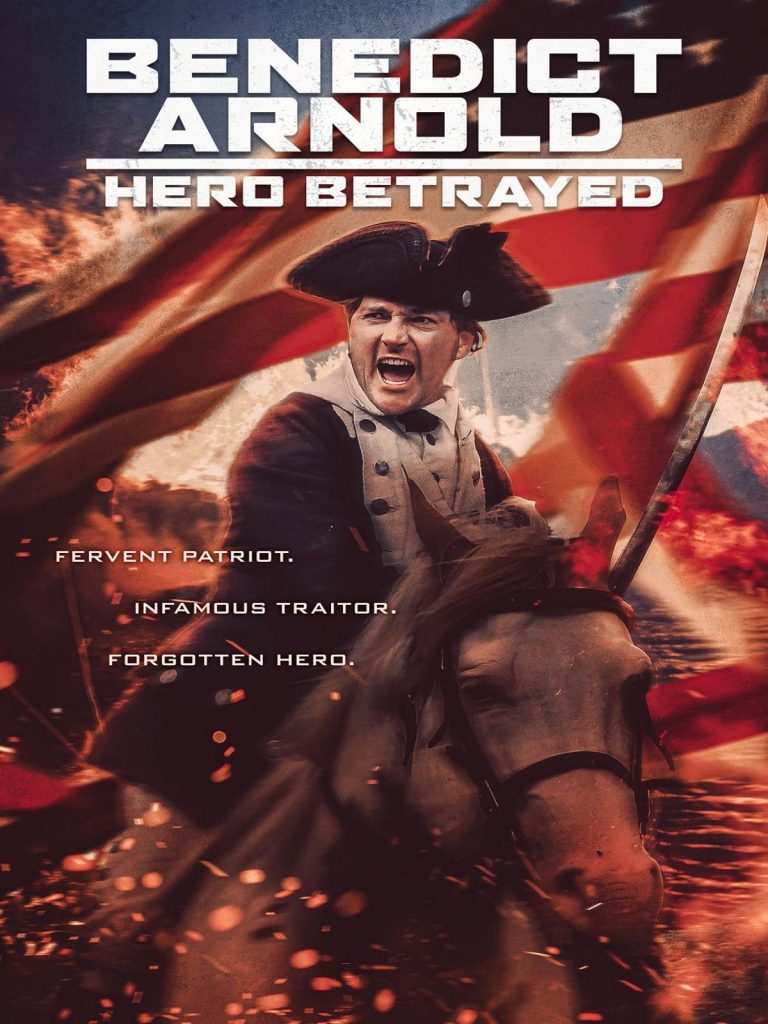