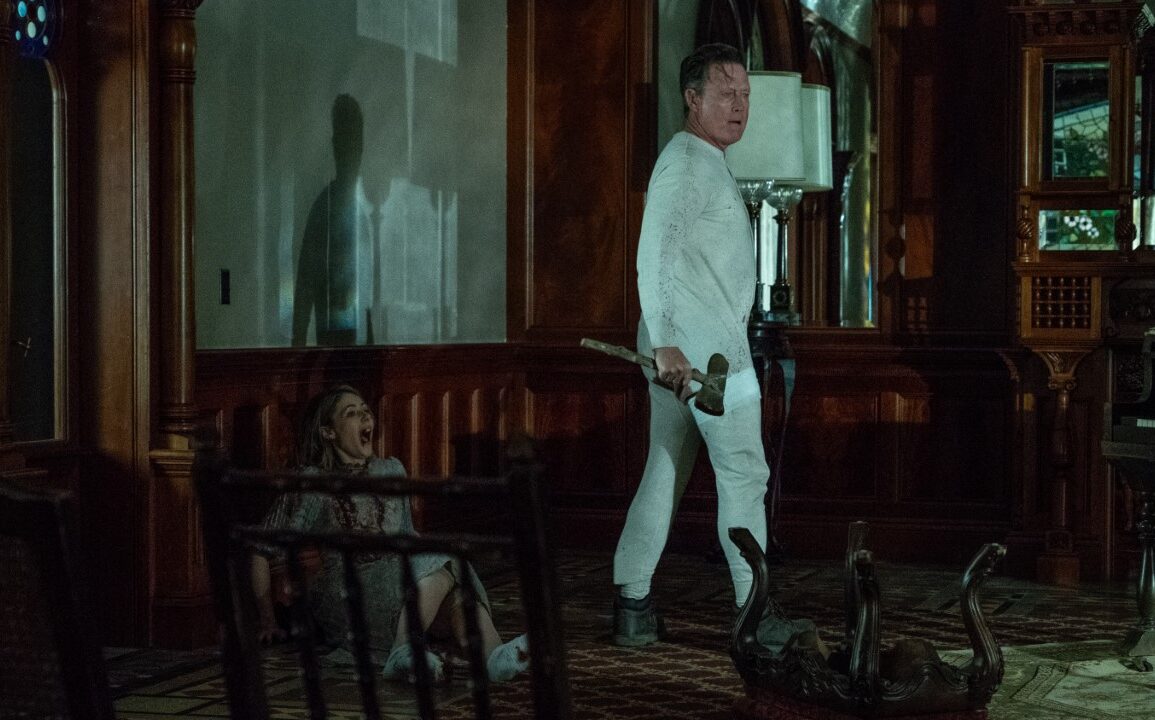 Tone-Deaf has its moments with a sold performance from Robert Patrick as always but it’s otherwise a clunky, clanging experiment that doesn’t pay off by the end.

Plot: A woman goes to the countryside to spend a quiet weekend after losing her job and having her last complicated relationship implode. She rents a country house to an old-fashioned widower, who struggles to hide his psychopathic tendencies.

Review: An unlikable, pampered millennial named Olive (Amanda Crew) breaks up with her boyfriend, gets fired from her job for “general insubordination,” and has an early mid-life crisis. She goes online to book a little retreat for herself at a remote home somewhere she’s never been, and when she gets there she meets the owner of the old house she’s rented for the week: a friendly enough, if a little off-kilter retiree named Harvey (Robert Patrick), who greets her with a gruff aside and a disdainful dismissal, due to the fact that she’s a millennial. We quickly learn that he has a hatred of millennials so intense that he has decided to kill her before she even settles her head for the night. But first, Harvey needs to kill someone else to get the hang of the act of killing, and so he kills an old woman living on the property – a long time friend, no less – and the act thrills him. Having done everything in life he’s ever wanted to do – including murder now – he closes in on young Olive, but is surprised when she turns out to be a bit of a fighter.

There’s not much going on here, other than the obvious: Tone-Deaf proposes to be a horror film (it is, to some degree) under the guise of a socio-political commentary about the intense divide between the hard working Baby Boomer generation and the spoon-fed and coddled millennial generation. Both sides have deep rooted brokenness and chilling fantasies and nightmares, which we see, but to no effect. Patrick is solid, as always, but wouldn’t it be beneficial to root for the heroine? Crew’s character has to be one of the most unappealing heroines I’ve seen in awhile. Writer / director Richard Bates Jr. has made some interesting work before (I enjoyed Suburban Gothic to some degree), but this time his point of view is wasted on a clunky, clanging experiment that doesn’t pay off by the end.

Saban Films will release TONE-DEAF in theaters and On Demand on August 23, 2019.