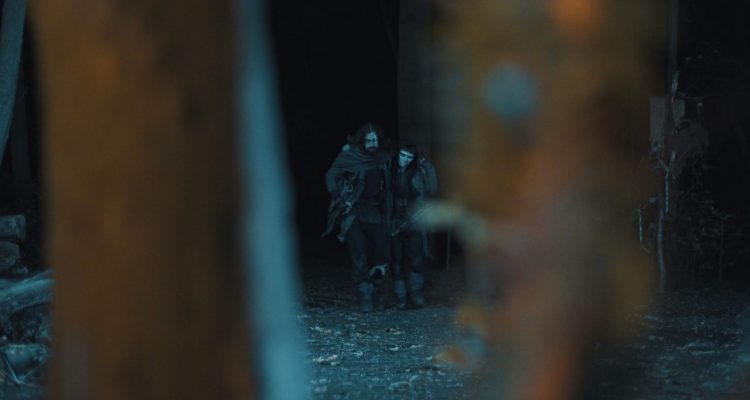 We talk to writer-director Tom Paton about his mesh of Predator and John Carpenter, opening October 11.

Pandorica had a great run overseas. Were you happy with the performance, let alone the reviews?

Thank you. I can’t honestly express how happy I am with everything Pandorica achieved overseas. The film was only conceived in June 2015 and written in just three weeks. We shot for ten days in September and the released in April…so it was a real whirlwind and the reception and fan support has been overwhelming. The good reviews certainly helped me sleep at night too.

Do you think it’ll translate just as well in the US?

I’m really hoping so. I tried to make a movie that played well to international audiences with the US particularly in mind. I think there is a lot in there for people to latch on to. There’s a fairly strong anti-gun message running through the movie so I guess that may prove divisive depending on which side of the line your opinion falls. Time will tell I guess.

How would you describe the film?

I’ve described it as a post-apocalyptic fantasy but others have said it’s a horror or a sci-fi. Truth is, the movie is a big melting pot of ideas and concepts that I’m attracted too and it can be quiet difficult to place in a particular box. I just wanted to make a very straightforward, entertaining ride. I think we achieved that.

What kind of monster movies and supernatural films did you enjoy growing up?

Like every guy my age, I was obsessed with dinosaurs as a kid…the Jurassic Park effect I think it’s called. I really got into John Carpenter films and 80’s slashers as I got older. Sam Raimi’s Evil Dead trilogy had a big influence on me growing up. I’ve become a huge fan of cosmic horror

Which of them, if any, do you think Pandorica resembles?

I think there is a strong Carpenter vibe running through Pandorica. I didn’t want to just be another “oh it’s nostalgic Carpenter” though, so actively tried to contemporize that style. We shoot in near pitch black and really push the boundaries of low light technology to give it this unique teal hue. And the score also feels electronic but in a contemporary way. The idea was to say “If Carpenter was just starting out now, what would they look and sound like.”

Lot of special effects work in this?

Lot’s of practical effects. There are FX shots but hopefully no one really notices them.

I’ve literally just wrapped shooting my next movie Redwood, which stars Simon Pegg’s brother Mike Beckingham, Tatjana Nardone and Nicholas Brendon from Buffy The Vampire Slayer. There is a trailer dropping for that soon so keep your eyes peeled. I’m also prepping my third movie Glow, which I call Tron meets Kill Bill. We’ve also got Dark Beacon by Corrie Greenop dropping on the label and I’m really excited to show the world how talented this guy is. I’ll probably try and get some rest in amongst all of that too….nah, probably not!