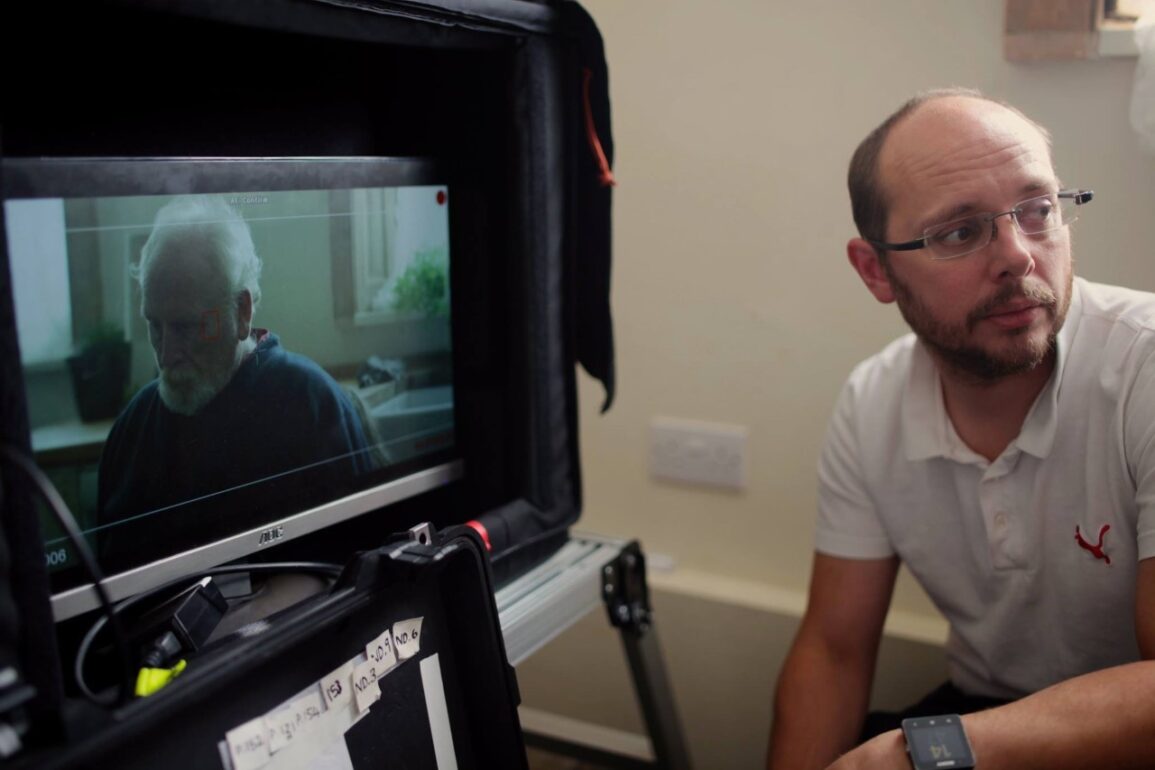 Theater owner, orchestra director and filmmaker Thomas Lawes talks us through his thrilling new film Monochrome, out from Gravitas Ventures in June.

Your take: What makes a good movie and what doesn’t?

That’s actually an easy one; a gripping story set in a believable onscreen universe. The subject of the story is irrelevant as long as you’re taken in by it. This is the danger of using too much CGI especially when it’s used to create characters. There’s nothing more disappointing than being merrily carried along for 90 minutes before having to watch the protagonists fight a badly rendered collection of polygons composited on an obviously fake city. Batman v Superman I’m looking at you.

And do you generally know what’ll make a good movie from the outset – as soon as you pick up the script?

Unfortunately not. In fact, I don’t even know if a movie will be a hit once I’ve seen it. I was a film critic on BBC Radio for 7 years and it never ceased to amaze me the number of films I thought were dreadful blowing up the box office whilst so many beautifully crafted stories played to empty theatres.

And what do you think the strengths of, say, “Monochrome” – which is such a terrific time – are?

I wanted to show a story of how someone can react to being victimized from two points of view. On one hand we have young woman who is accused of a crime she didn’t commit and later forced into domestic servitude. As her behaviour becomes more extreme, how far can she go before the audience loose sympathy? One the other hand she’s being tracked by a young detective who has mental health issues and is being bullied at work. I liked the idea of two people actually being in similar situations despite being divided by the rule of law.

It’s hard to make a movie these days, but where do you think this one excels in its originality?

Monochrome is not an obvious protagonist taking on the world type of story. It was difficult trying to balance the two different stories and asking the audience to potentially shift allegiance during the film. Whether or not that succeeds is up to the viewer but whilst I wouldn’t say we broke the mould we did to push the boundary of the traditional film narrative.

Is there a moment in it that you, as a movie fan, especially enjoy?

I really enjoyed making and watching the drunken WAGs scene. There’s a rotating camera shot where we constructed a 360 rig using an old tripod head, bricks and lots of duct tape. I started out as a 16 year old guitar roadie. If something couldn’t be fixed with duct tape, then you haven’t used enough.

Do you find that, when working on a heavier movie like this that it affects your mood – –  and that mood stays with you at the end of the day?

Not at all. Firstly, we run a really happy set and whilst we do work hard, we try to limit the hours so the crew don’t loose the will to live. Secondly, when you make a film, you tend to work shot to shot, day by day. It’s not like you’re making it in real time. I’ve heard tales of actors living the roles off screen but I’ve never personally worked with any that do that. They can turn on the character on and off normally within a few minutes. I tend to be more in the zone of the story when I’m writing. I tend to find that part of the process really requires deeper thought and concentration.

Were you working on any other projects at the same time as “Monochrome”?

No chance! As an indie film maker, you have to do everything! The music alone took me nearly six months all told.

Where does this one rank in terms of your projects? Is it up there as a favorite?

No-budget camcorder beginnings aside, I’ve now made three feature films and they’re all very different. The Last Projectionist was a history doc, Monochrome a thriller and our new film Amaryllis is a silent, urban fairy tale. I’m not consciously trying to make something different every time, I just wait until the right idea comes along and get on with making it.

Horror seems to be getting a lot more recognition thanks to “Get Out”. Are you finding more and more distributors and studios are chasing genre fare?

Horror is rarely award friendly but it’s always been popular with distributors because it’s the one of the only genres that actually makes a return.