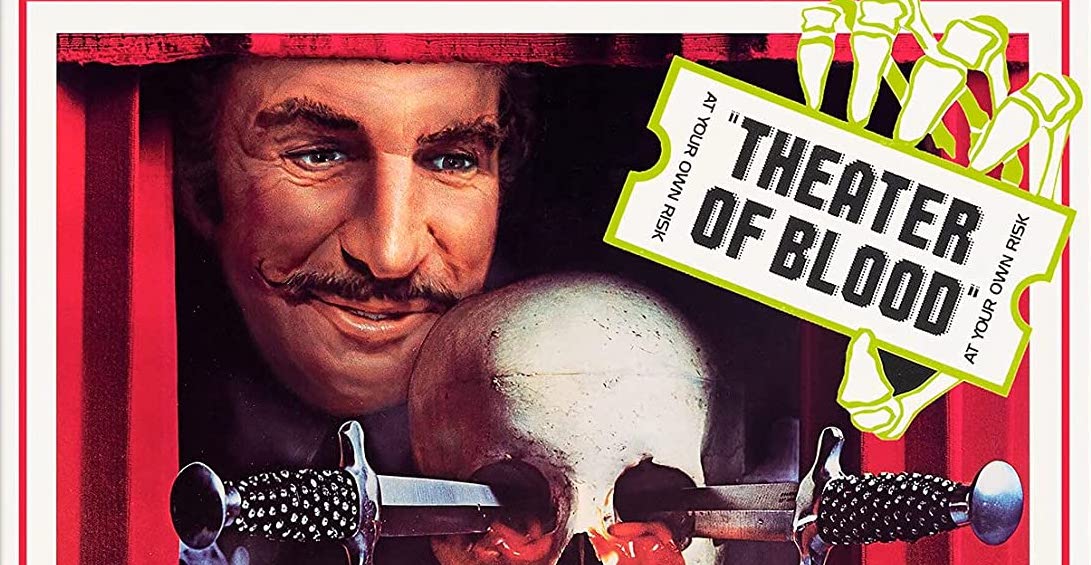 A deranged and critically scorned stage actor takes his revenge on all the critics who gave him bad reviews.

In a grandiose fashion, a circle of stage critics award a prestigious acting award to a young newcomer, rather than giving it to Edward Lionheart (Vincent Price), an established – and mediocre – veteran of the stage, who was expecting to receive the award. The critics are cruel about it, too: They mock Lionheart, which drives him to madness. In a typically outlandish way, he commits suicide in front of them all by jumping into the Thames River from a great height, and they all think that’s the end of him … but it’s only the beginning! Lionheart survives and gathers unto himself a whole cadre of vagabonds, miscreants, drunkards, and hobos and settles into an abandoned theater where he plans his great comeback. His plan is thus: He will lure his critics, one by one, into falling into specially designed traps – all inspired by Shakespeare – and kill each one of them in gory fashion. After he kills two of them, the critics murmur amongst themselves and wonder who is after them, and the police seek answers from Lionheart’s daughter (played by Diana Rigg), who they seem to think knows more than she’s letting on. Lionheart’s revenge will be bloody indeed, and if no one stops him, his grand finale will be incredible!

A black comedy horror film with a touch of Grand Guignol infused gore and spectacular weirdness, Theater of Blood features a perfectly deranged performance by Vincent Price. The violence is unsettling, but sometimes hilarious, as the victims meet their gory ends. Director Douglas Hickox (father of Anthony Hickox, who carried his father’s mantle) does a commendable job with this material, and it never wears itself thin. Thoroughly macabre and entertaining for any dark hearted weirdo who enjoys a good horror movie, this one is a winner.

Kino Lorber’s new Blu-ray release of Theater of Blood looks nice in its HD transfer, and comes with two audio commentaries, TV and radio spots, the trailer, and more. Previously available on Blu-ray in a Vincent Price collection from Scream Factory, Kino has made it available as a stand-alone. 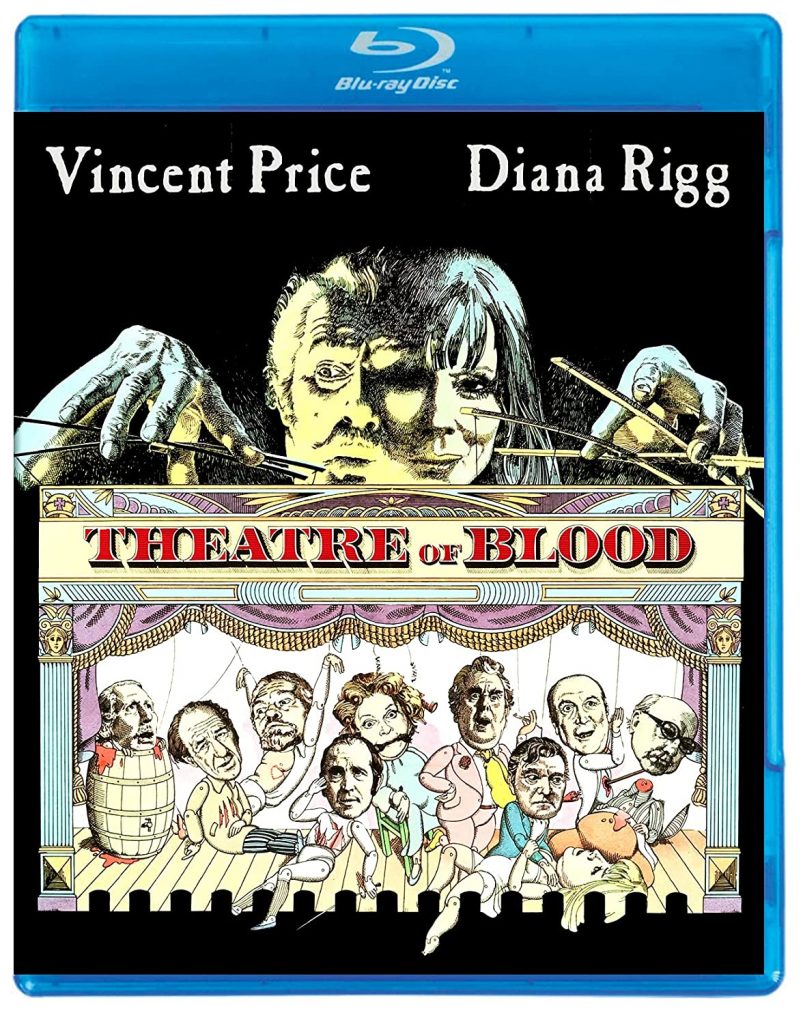 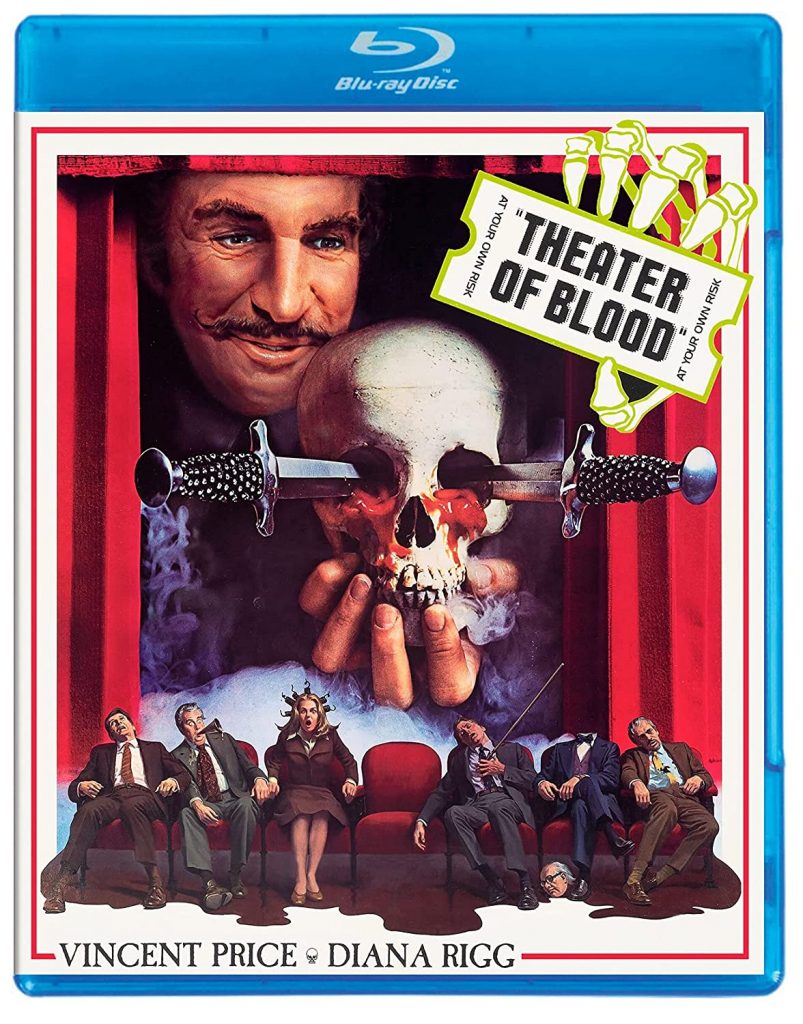