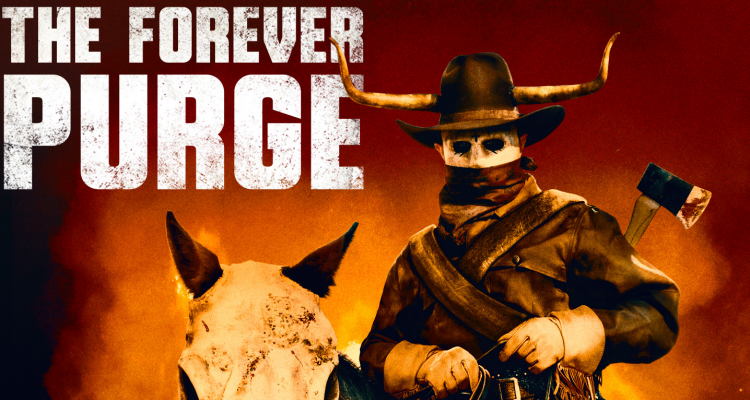 Since this one is the “biggest” one so far, it has more of an open world quest-style story that makes it appealing.

The annual purge – where all crime is legal for one day in the USA – gets extended when the purging gets out of control.

Preparations for the annual purge – the one day every year in the USA when all crime, including murder, is legal for 24 hours – is underway for a group of folks in Texas. Immigrants Juan (Tenoch Huerta) and Adela (Ana de la Reguera) are hardworking humble people, and while Juan works for hardnosed and somewhat racist wealthy rancher Dylan Tucker (Josh Lucas) and his family, Adela works across town in a restaurant. Tucker’s family – including the patriarch Caleb (Will Patton) – does a pretty good job of keeping their ranch hands happy, and on the eve of the purge, Caleb makes sure to give everyone their purge bonus to keep themselves safe for the next 24 hours. Juan and Adela have secured safety in a walled up church to be guarded by paid mercenaries along with lots of other lower income immigrant families, while the Tucker family hunkers down in their fortified ranch. The next 24 hours passes as usual for purge night in America: unspeakable violence, murder, and atrocities carry on and when the claxon calls for the conclusion of the annual purge, something unexpected happens: Those who purge refuse to stop, and a revolution takes over the country. The purging doesn’t end. It’s a movement that the authorities are woefully unprepared to deal with, and Mexico opens up its borders for just a few hours to let in anyone who wants to seek shelter and asylum, and the demand for Americans who wish to seek safety in the neighboring country is unprecedented. The Tucker family – along with Juan and Adela – load up and prepare for a trip to Mexico, but their journey is fraught with danger as a handful of purge cultists have targeted them for death.

The Purge franchise (this is #5 in the series) have always struck me as pretty brainless, racist escapism films, and yet they sort of tickle the anarchist, ultra violent John Carpenter-inspired type of film I tend to enjoy. The Forever Purge is one of the better movies in the series, as it feels like the most “open ranged” one of the bunch. The first one resembled a home invasion horror film, and the movies gradually got bigger, and since this one is the “biggest” one so far, it has more of an open world quest-style story that makes it appealing. It’s still racist – and not just a comment on racism – and like a lot of Blumhouse’s products – is an ultra woke piece of trash, but it’s still a guilty pleasure. This one was directed by Everardo Valerio Gout.

The Forever Purge comes out on 4K Ultra HD and on Blu-ray and DVD on September 28th, and comes with a deleted scene, an alternate storyboard opening, “Behind The Forever Purge,” the trailer, and more. 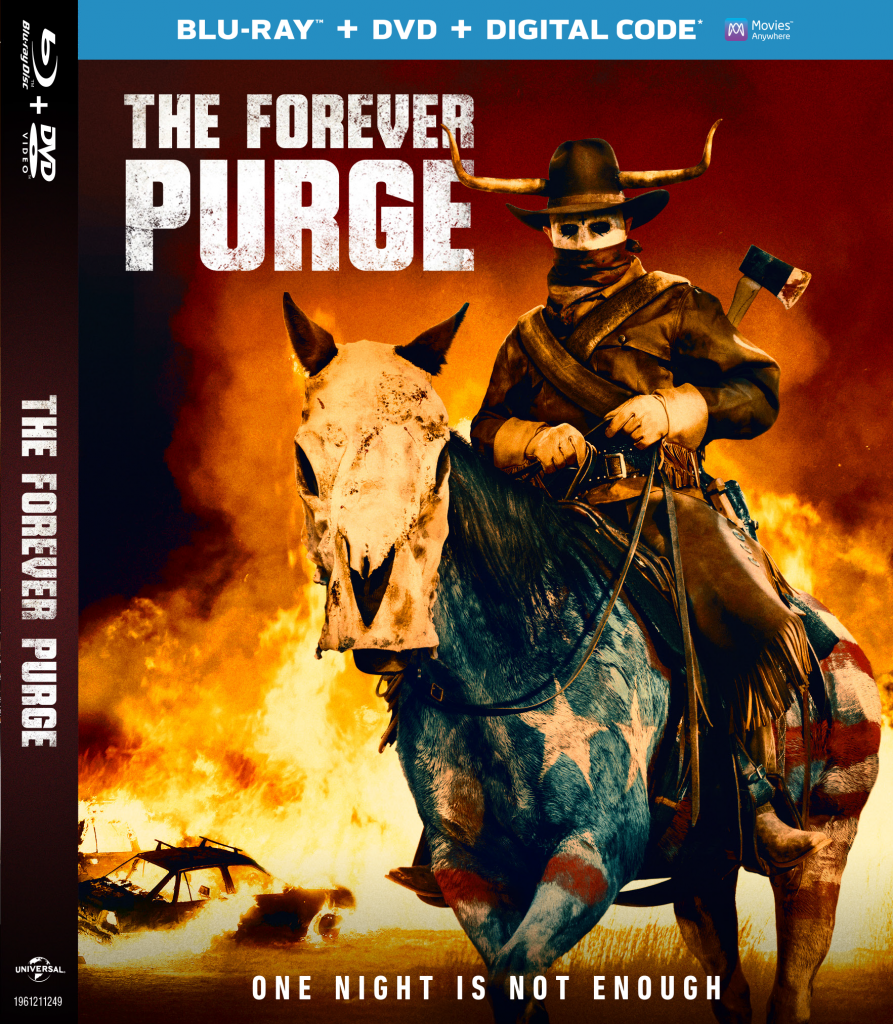