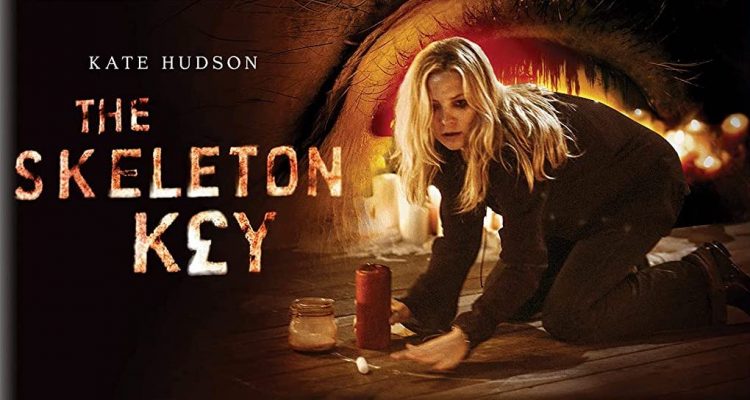 Two Universal movies paired here, and The Skeleton Key is the clear winner.

A serial killer taunts an FBI agent and makes a game of killing.

FBI agent Joel Campbell (James Spader) has become a haggard, drug addicted liability, and his only case seems to be tracking down a serial killer who has followed him from his last station to Chicago, where Joel has relocated. Joel spends his days in a migraine-riddled stupor, eating his meals at a crummy Vietnamese restaurant, and his peers consider him a joke, but when serial killer David Griffin (Keanu Reeves playing a charming psychopath) starts to send Joel photographs of his next victim, he promises that he’ll give Joel 24 hours to find the woman before he kills her. Taking him at his word, Joel heads a task force to find David’s next victim before they’re killed, but the task proves to be incredibly daunting, and indeed Joel’s team fails twice before they get close enough to David to get, at the very least, a visual on him. A killer who never leaves any clues, David thoroughly enjoys his bloody work (he uses piano wire to nearly decapitate his female victims), but he seems to enjoy playing around with Joel more than anything else. When David targets Joel’s psychiatrist (played by Marisa Tomei), Joel – who has feelings for her – will stop at nothing to go head-to-head with David, who might have chosen his last intended victim.

An unusual choice for co-star Keanu Reeves, who had just come off of the immensely popular game changer The Matrix, The Watcher is a fairly standard serial killer thriller with an unremarkable script that is riddled with clichés (the FBI agent literally only has ketchup and a single orange in his refrigerator … riiiight.) and its director Joe Charbanic hasn’t really done anything before or since making this movie. Apparently, he made some music videos for Reeves’ band Dogstar and managed to get a major film made, but his style is full of Avid farting (jumpy, sped-up flash cutting) and disorienting, jarring effects, which seemed to be an “in” style in the late 1990’s and early 2000’s. The movie works on a very nominal level, but it’s not very special, aside from the fact that Reeves sort of plays against type.

A caretaker takes a job in a house located deep in a Louisiana parish and finds that voodoo magic permeates the estate.

A longtime caretaker for the elderly, Caroline (Kate Hudson) takes a long-term live-in gig working for an elderly woman named Violet Devereaux (Gina Rowlands) whose husband Ben (John Hurt) is invalid following a stroke. Caroline’s job is to care for Ben, but Violet constantly undermines Caroline’s methods. Everything has to be done a certain way, and the old house, located deep in a Louisiana parish, is full of secrets. When Caroline pokes around the basement, she gradually gets the sense that the previous owners of the home were voodoo faith healers of some kind and may have unlocked a way to live forever. Becoming attracted to the danger, Caroline becomes enmeshed in the forbidden magic still active all over the house. Seeking help from a witch doctor, she realizes that the old folks living in the house may have nefarious plans to use her to perform a spell to perpetuate the old magic, but with her knowledge Caroline fights back … but is her faith strong enough to prevail?

A bit of an underrated supernatural horror gem, The Skeleton Key gets better as it goes along, and I think the only thing that might’ve made it better is an even grimmer tone. It tries to please everybody with a PG-13 rating, and while that is fine, the movie needed a bit more horror and devastating sense of suspense to push it over the edge into classic territory. Director Iain Softlley does a commendable job shuffling around the hokum and the thriller aspects, and the film’s conclusion is quite satisfying.

Mill Creek’s new Blu-ray double feature release of The Watcher and The Skeleton Key pairs these two Universal Pictures movies on a single disc, and for the price it’s a safe bet. No special features are included. The transfers are more than adequate. 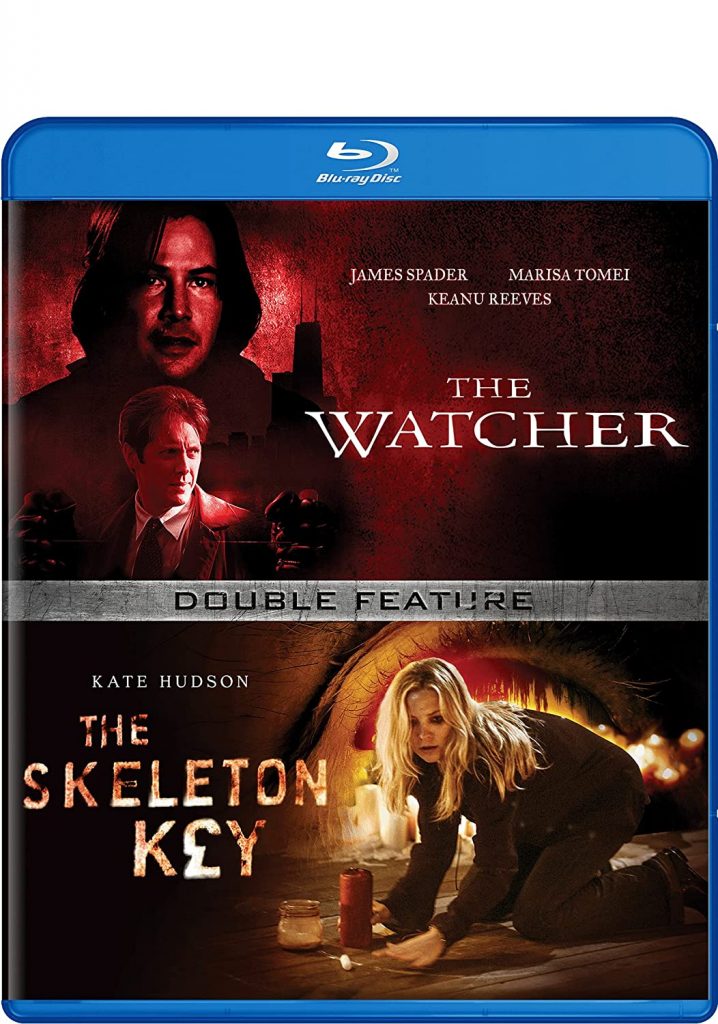