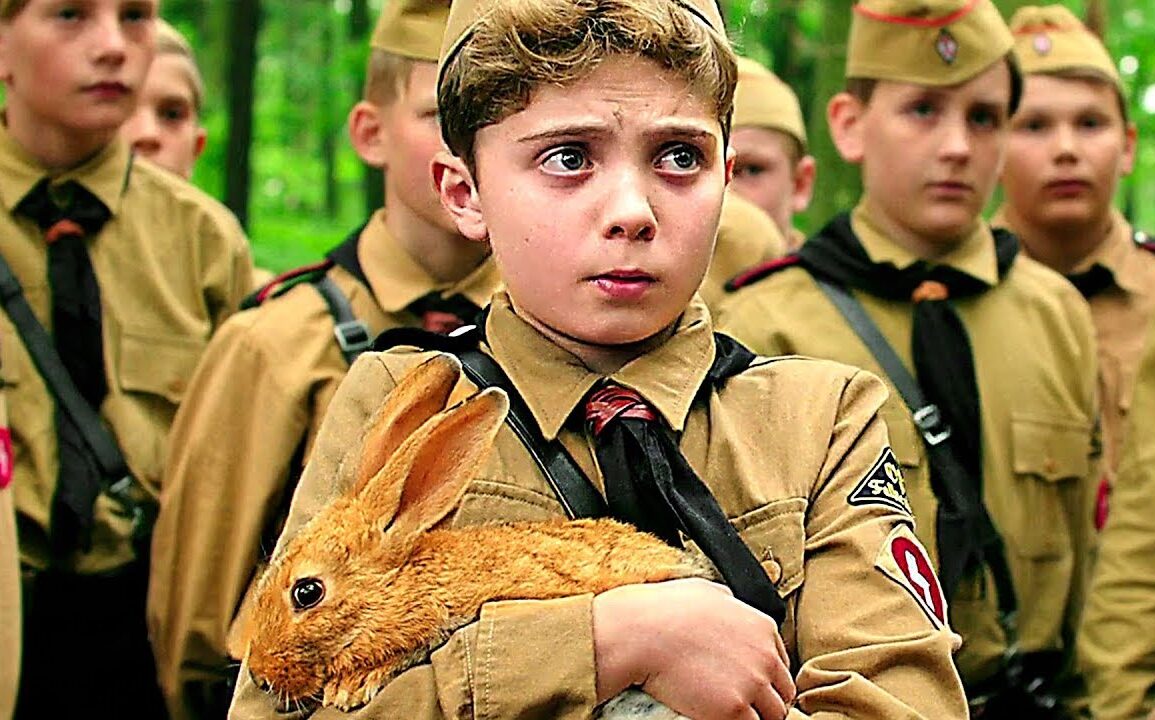 A quirky, heart-warming take on the ending days of World War II in Nazi Germany with memorable performances by Sam Rockwell and Stephen Merchant.

Summary: Watching the commercials, I admit that I had no idea what Jojo Rabbit was. I knew that the critics loved it (which automatically made it a “No” decision to watch it in the theatre, no matter how interesting it looked), and I knew Taika Waititi directed it and appeared as Adolph Hitler in it, but that was it – otherwise I was clueless. In today’s day and age, it is a rare gift to go into a movie without knowing the entire plot, either because the trailer revealed everything or someone inadvertently told you the whole movie after watching it. Thankfully, I was able to enjoy this aspect of Jojo Rabbit and go in completely blind.

Jojo Rabbit is definitely the most unique take I’ve seen anyone take on Nazi Germany – the only parallel I can make is the excellent comedy Top Secret!…and even then, it’s not entirely accurate. Jojo Rabbit is more serious, for one thing, and has a fairly heart-warming story – even though there is also a good dose of drama and tragedy thrown in. It’s literally got a little something for everyone.

Watching the movie, I confess that at no time did I have any idea where the story was going – which was nice. It allowed the moments that were supposed to be tense to be so and the times to be happy and joyous to be the same. The movie hits all the marks at all the right times, and there was no fat to cut – every scene had meaning in some way.  Clocking in at under 2 hours, the movie felt both fast for me and as if I’d been on a journey with the characters.

And what characters – the two leads, though being young, were not annoying in any way – Roman Griffin Davis was excellent as the titular character, and Thomasin McKenzie was on par as the girl hiding in the walls. Taika Waititi was endearingly goofy as Jojo’s imaginary friend Adolph, though he also proved disturbing in one memorable scene. Scarlett Johansson gave a strong performance as Jojo’s mother, and Rebel Wilson was, for once, relatively understated in her role, which made it all the funnier. The two standout performers, though, were Sam Rockwell and Stephen Merchant.  Both played Nazis, and though their attitudes were completely different from one another, they were both equally hilarious. My main laugh-out-loud moments were when those two were in their respective scenes.

As for the technical aspects of the film, Jojo Rabbit is well-shot, taking advantage of the shooting locations in the Czech Republic to give an authentic feel to the film. The score was fine, if not particularly memorable, and the few scenes that required either CGI or practical effects were executed fine. One scene closer to the end reminded you that war is, indeed, hell, and I think this was all done practical, which seemed to add to the characters’ bewilderment and horror.

So do I recommend Jojo Rabbit? Yeah, I do.  It’s not what you would expect, juggling moods of silliness and sober disquiet adeptly. Taika Watiti is such a skilled filmmaker and storyteller to pull of such a difficult feat, and I appreciate the work he did on Thor: Ragnarok all the more after seeing this film. If you want a movie that doesn’t follow the same-old, same-old, then I highly recommend checking this one out.