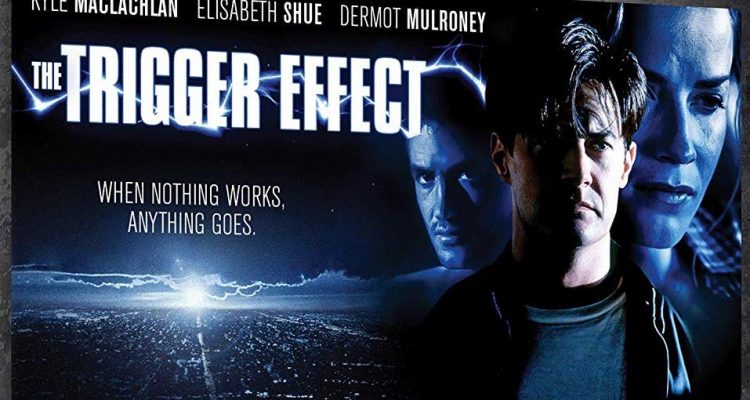 A blackout leaves those affected to consider what is necessary, what is legal, and what is questionable, in order to survive in a predatory environment.

When the power goes out in a suburban sector of America, a plot forms. It’s a simple one, but effective: a husband and wife and their baby girl learn very quickly that they don’t have what it takes to make it through the weekend. While the city around them has turned to ordered pandemonium, and with no news of what catastrophe occurred to stop radio transmissions and all forms of communication with the outside world, they have to resort to looting along with the rest of the city and by arming themselves with a shotgun to protect themselves from home invaders and possible maniacal transients. With the help of their construction worker friend they take it on the road, but that’s a bad idea too because as we know in apocalypse movies, bad things happen on the road. In the end, the electricity is turned back on, and we never do find out what happened out there to propel the plot.

As far as realistic post-apocalypse movies go where huge, irreversible catastrophes take place, this isn’t the one for you, but it shows a part of that situation on a small scale, and it’s relevant. The danger and unpredictability are present in every scene, and the movie rewards the viewer as if they were a survivor of such an event. David Koepp wrote the script and directed this tight thriller, and I recommend it highly. With Kyle MacLachlan, Elisabeth Shue, Dermot Mulroney, and Michael Rooker in a pivotal role.

It was supposed to be an easy job for the 5 guys to rob an art museum of $15 million in paintings, but it comes with a body count that continues on the way to Miami to sell.

Five mismatched low level criminals band together and organize to steal 15 million dollars worth of paintings from a museum. Amongst them, they have one incredible screw up (played by John Leguizamo), two steady critical thinkers (played by David Caruso and Ving Rhames), and two wild cards (played by Forest Whitaker and Donnie Wahlberg), and when the screw up impulsively murders two security guards at the museum, their escape is botched and one of the wild cards is killed in the ensuing shoot-out with the police. The rest manage to flee, but they don’t get far enough to formulate a plan B on making a clean getaway. Their attempts to take a bus or a train fails completely thanks to various snafus like when one of them kills one of their own over a disagreement, leaving the rest with a dead body in the trunk of their car, and so they move incredibly slowly with the priceless paintings in a backpack. In yet another poor judgment call, they pick up a stranded motorist (played by Linda Fiorentino) on the road, and she witnesses them murdering a police officer who pulls them over, leading to more complications. With this group of incompetent criminals, the only one who might have a chance of surviving the ordeal is the random stranger who had no idea she would have to deal with murderers and thieves in her life.

With a great cast of actors and character actors, you’d expect a movie like Body Count to be a sort of Usual Suspects-type of crime caper with some high quality scripting, but you’d be dead wrong. This was made in a time when good casts sometimes did absolutely nothing to elevate poor filmmaking (I’m thinking of garbage like Suicide Kings or Hard Cash as examples), and the atrocious, expletive-ridden script by Theodore Witcher makes even most B-movies with great casts seem like masterpieces. The direction by Robert Patton-Sprull is at best suitable for direct-to-video fare, and his work here in Body Count most likely contributed to the fall of David Caruso’s big screen career. Terrible in almost every way, this film deserves its middling status as a bottom of the barrel rime story. Even the music score is awful.

Mill Creek recently paired The Trigger Effect and Body Count up on Blu-ray, and while the pairing is not especially ideal, I have a feeling they were put together because of the fact that they’re both lower key Universal Studios (Gramercy Pictures / Polygram) properties. No special features are included. 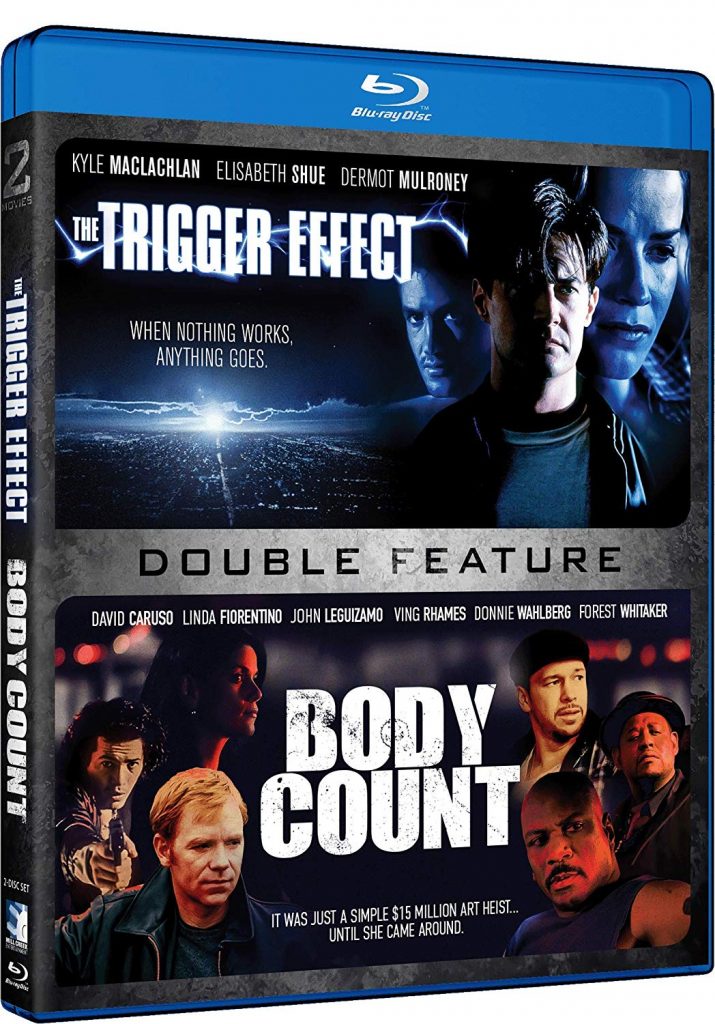