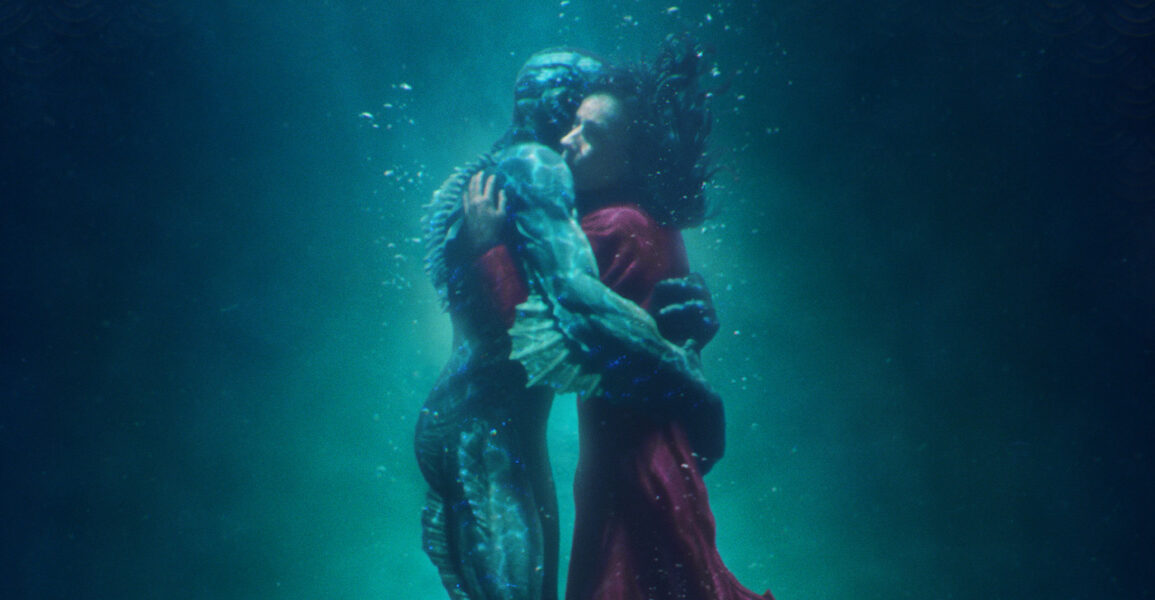 The Shape of Water is one of Guillermo del Toro’s best movies with moving performances and stunning visuals. A Must see!

Plot: Elisa is a mute, isolated woman who works as a cleaning lady in a hidden, high-security government laboratory in 1962 Baltimore. Her life changes forever when she discovers the lab’s classified secret — a mysterious, scaled creature from South America that lives in a water tank. As Elisa develops a unique bond with her new friend, she soon learns that its fate and very survival lies in the hands of a hostile government agent and a marine biologist.

Review: Guillermo Del Toro’s new movie “The Shape or Water” returns the director to what he knows best, fascinating monster movies. This is a definite return to form for the director, which proves he’s still one of the best in the business.

“The Shape of Water” stars Sally Hawkins as Elisa, a mute woman who works at a government facility during the Cold War where she meets a sea creature, whom she grows attached with.

The cast is wonderful. I think Sally Hawkins gives one of her best performances to date – without even saying a word. There is one specific scene in this movie where my heart broke for this character – her physical performance transcends any acting performance I’ve seen in the last year, which will certainly be awarded an Oscar nomination, mark my words. Octavia Spencer also has a wonderful role in this film, her comedic timing is simply the work of an amazing actress. All the laughs in the movie centre around her character, yet she still plays a very serious role. Lastly, Michael Shannon plays the antagonist in the film, and boy… does he know how to play a creepy villain. His performance at times scared me, which is what I want from a villain, and we really don’t see that in many movies anymore. If the villain scares me, well you know that the writer and the actor are doing something right.

Del Toro teams up with Doug Jones, who has played many different monsters in previous Del Toro films. Jones brings that quirky/terrifying mystic to this role, which was fascinating to watch. One thing is for sure, Doug Jones definitely knows how to play a monster.

Clocking in at over 2 hours, I did feel that the movie dragged on a bit, BUT Del Toro did a magnificent job transporting us into the Cold War era. From the set, to the music, to the cinematography this film really does have an impressive element of escapism which most movies from 2017 lacked. This film is visually stunning and some of the underwater scenes were breathtaking. I commend this movie for being different and taking risks, which paid off. This movie is simply a work of art. A work of art that will be cherished my many.

The Shape of Water was very progressive and really echoed a lot of the issues in society today. A particular scene made the audience gasp with anger, which I felt really captured a sensitive moment in our current climate.

I’ll be honest, I’ve only seen a handful of del Toro movies, but this is probably my new favourite; I can see this movie becoming an instant cult classic. The consensus seems to be positive with this film as it is already nominated for 14 Critics Choice awards, and also drumming up significant Oscar buzz. So we will definitely be seeing this movie at the big award shows.

“The Shape of Water” is a must-see for Del Toro fans, but also a fantastic film that everyone will enjoy. I do exercise caution, it’s a bit mature, but other than that…what a brilliant movie!