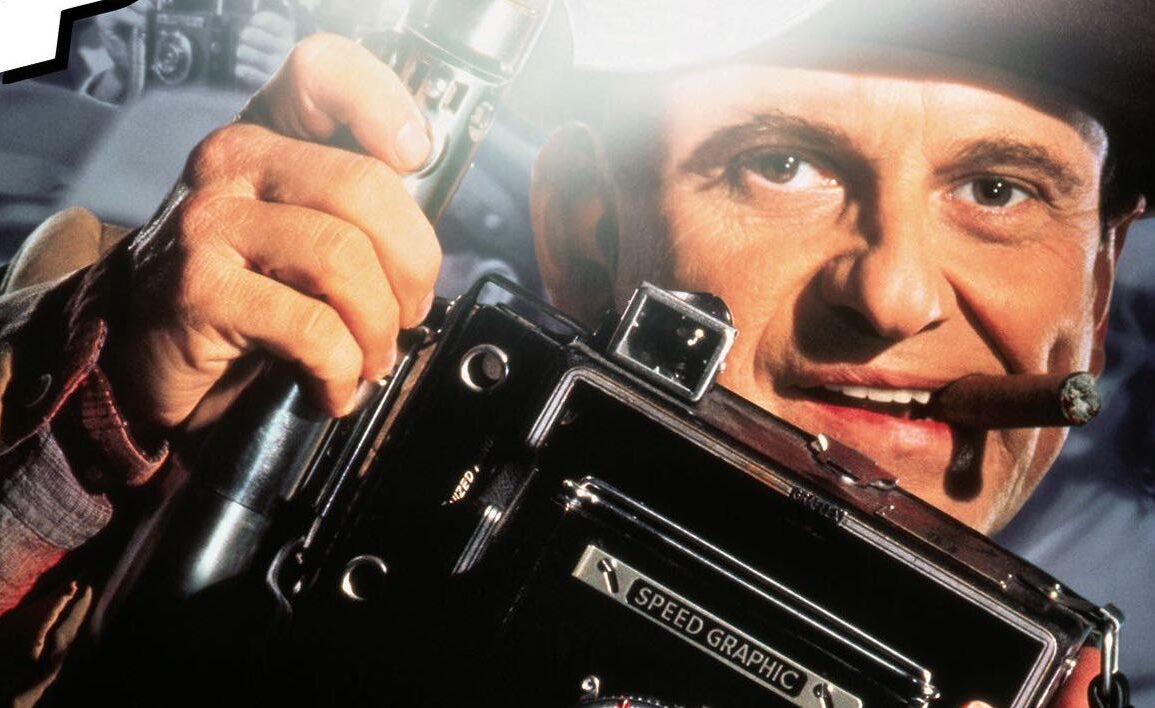 Perhaps the best movie of 1992, The Public Eye is a subtle, yet spectacular romantic drama done in the great film noir style, and writer / director Howard Franklin deserved an Oscar nomination for best script and best directing for this borderline masterpiece.

Virtually seeing and interpreting the world through his black and white camera lens, tabloid photographer Leon “Bernzy” Bernstein (Joe Pesci in his greatest film role) has gotten to know both the cops and the criminals in 1940’s New York due to his line of work, and everyone sort of respects him enough to give him his space, but he’s still a bottom feeder to both sides of the law. When, out of the blue, a beautiful nightclub owner named Kay (Barbara Hershey) has him summoned to her club to ask him a favor, all of a sudden, Bernzy takes a side – hers. You can tell that he’s not quite used to attention from the fairer sex, but he still has plenty of honor left in him, and so he does this small favor for her just because he can. The favor is simple: get some info on some guy who thinks he has part ownership of Kay’s club, but what follows is hardly simple. The guy is found brutally murdered in his apartment, and who should be interested in Bernzy now but the FBI and two feuding mob bosses who suddenly see Bernzy as a guy mixed up in something way beyond his pay grade. He becomes a target for all sides, and because he still has that honor left in him, he follows through with helping Kay out, but it leads to a revelation about his own character and what he’s willing to do to help a dame out, and come out alive at the end, having taken some great photos only The Great Bernzini could take.

Perhaps the best movie of 1992, The Public Eye is a subtle, yet spectacular romantic drama done in the great film noir style, and writer / director Howard Franklin deserved an Oscar nomination for best script and best directing for this borderline masterpiece. Pesci delivered a sensitive, nuanced performance that I won’t hesitate to say could not have been played by anyone else but him. I love every split second of this film, and it’s a shame more people haven’t seen it.

Kino Lorber’s new blu ray edition of The Public Eye is presented in high definition for the first time, and if you missed out on the DVD-on-demand disc that Universal quietly put out some years ago, this is clearly the way to go. I used to own this one on VHS and it has always been a personal favorite. Kino’s new disc comes with an audio commentary by director Franklin, plus the theatrical trailer. 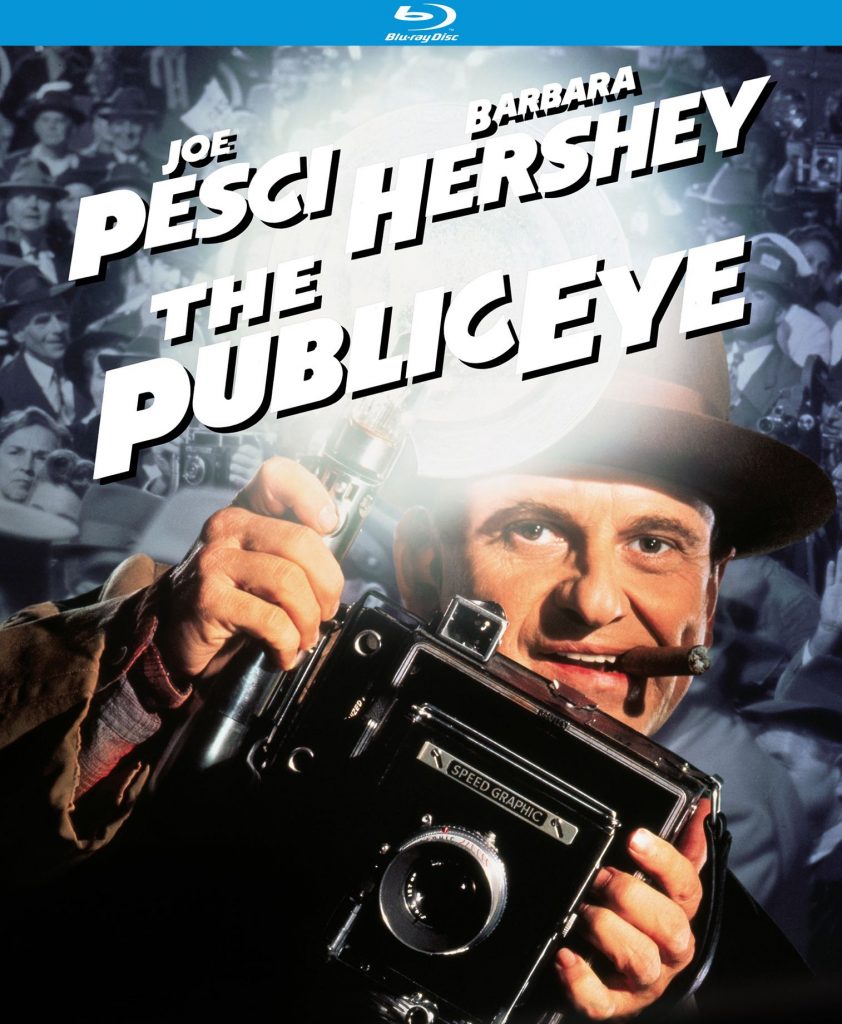