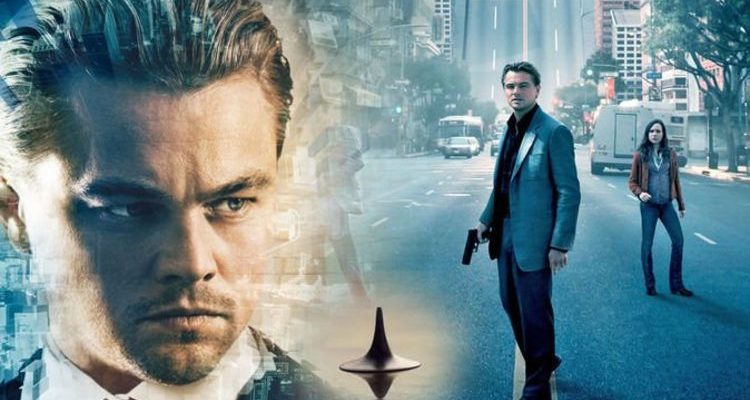 Plot: Dom Cobb (Leonardo DiCaprio) is a thief with the rare ability to enter people’s dreams and steal their secrets from their subconscious. His skill has made him a hot commodity in the world of corporate espionage but has also cost him everything he loves. Cobb gets a chance at redemption when he is offered a seemingly impossible task: Plant an idea in someone’s mind. If he succeeds, it will be the perfect crime, but a dangerous enemy anticipates Cobb’s every move.

When I first saw Inception in theaters I wasn’t as blown away with it the way everyone else was but after 10 years I’ve seen it several times and I appreciated it more with every viewing. The visuals remain astounding and the sequence where Paris folds in on itself is frankly a work of genius and would soon be used to similar effect in Marvel’s Doctor Strange.

Leo DiCaprio really has proven himself one of the best actors of his generation and he adds depth and emotional layers to the character of Cobb. I still find that I don’t really care for any of the supporting cast however, and despite being well written it does drag in places. Joseph Gordon Levitt is there merely to explain what is going on much in the same way Michael Caine did in Nolan’s Batman films.

The final action sequence in the snow is impressive and a nice tip of the hat to classic Bond films but it could have lost a few minutes and been equally as effective.

If you look past all of the dream-trickery; the film is a tale of dealing with the loss of a loved one and trying to keep their memory alive, all while dealing with the guilt of feeling responsible and finding a way home to be with your family.

The lovely Marion Cotillard plays Cobb’s deceased wife but is what we see really her? No, for the most part it’s a construct created by Cobb to try and keep her alive in his mind. He can’t let go of her because he is riddled with the guilt of her suicide.

There has been a lot of debate about whether the entire film is a dream and I have to say that I’m still not sure. I read an article about the totems and how Cobb’s is a spinning top which spins endlessly as he sleeps. The top used to belong to his wife before she killed herself because she thought they were living in a dream. Another theory mentions that Cobb’s ring is his totem; whenever he’s dreaming he plays with the ring because in his dreams they are still together but in reality he isn’t wearing the ring.

I think this is one of the best things about Inception, the fact that you can debate it for hours and still not come to a definitive conclusion. Everyone has their own analysis for what it all means and if a film has you discussing it months after watching it, then it proves what a great movie it really was.

I get something more from it with every viewing and it really is one of the most intelligent blockbusters of recent times.

Hans Zimmer’s score is fabulous and despite not having a really memorable theme tune, it does have that cool DURRRMMM sound which has been ripped-off endlessly ever since. The best track on the score is called “Time” which is a very moving and beautiful piece of music.

Nolan’s films tend to have similar themes; they are all about mind games, time and what goes on inside people’s heads psychologically. My personal favourite of his remains Batman Begins as it really went into the motivation of Bruce Wayne and why he had to become Batman but Inception remains his most challenging movie (aside from maybe Interstellar) and that’s why it’s so fascinating to come back to.