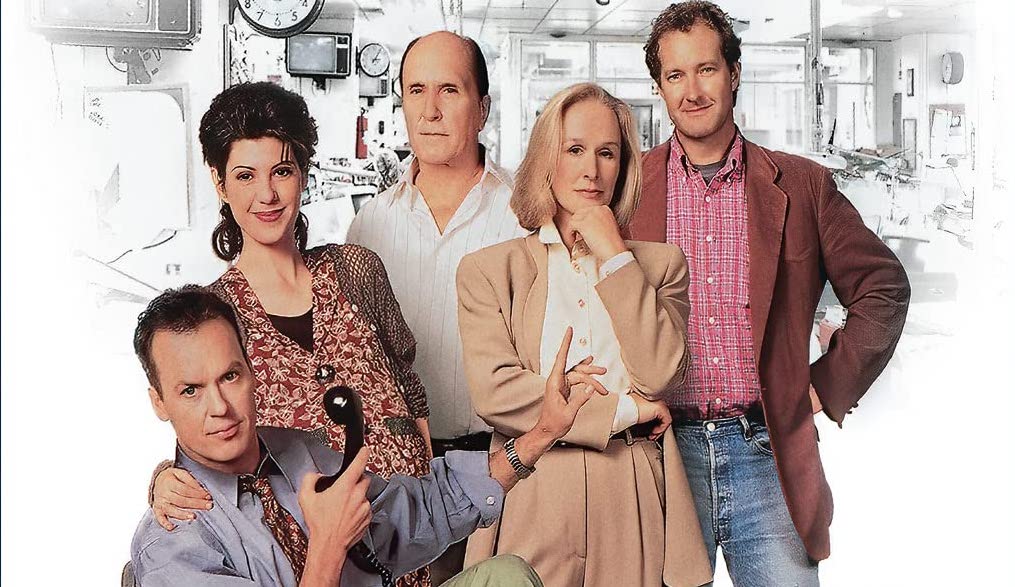 The cast is terrific and there’s really nothing here I can’t recommend.

A mid-tier newspaper is in full chaos mode as two editors battle for the lead headline on a regular news day.

The New York Sun, a mid-tier newspaper that scratches and hustles its way to the newsstands every morning is on the cusp of a major exclusive when its star writer and editor Henry Hackett (Michael Keaton) uncovers vital information about two accused black youths who have just been arrested and charged with the murder of two white businessmen. Nobody in New York has the information he has, but he has to fight tooth and nail with the desperately ambitious managing editor in the office Alicia Clark (Glenn Close) while the surly senior editor (Robert Duvall) is out of the office on personal business. Clark doesn’t care if the paper runs a false headline as long as it meets the deadline, but Hackett – faced with an onslaught of stress with his super pregnant wife (Marisa Tomei) and a job offer from a much bigger paper – has to juggle and put out endless fires before the day is done.

A fast-paced thriller with a sardonic sense of humor and a strong script by David and Stephen Koepp, Ron Howard’s The Paper might have some stuff in it that goes a bit overboard (like Randy Quaid’s burnout columnist character firing a gun at the office to get everyone’s attention, for example), but it feels pretty realistic – if over pressurized – for entertainment’s sake. The cast is terrific and there’s really nothing here I can’t recommend. I remember seeing this theatrically in ’94 and I’m happy to report that the movie has aged well.

Mill Creek has just released The Paper on Blu-ray, and while the transfer is merely adequate, they’ve added some bonus features on the disc, including new interviews with Ron Howard, David and Stephen Koepp. Affordably priced to own, this release is a solid pick-up. 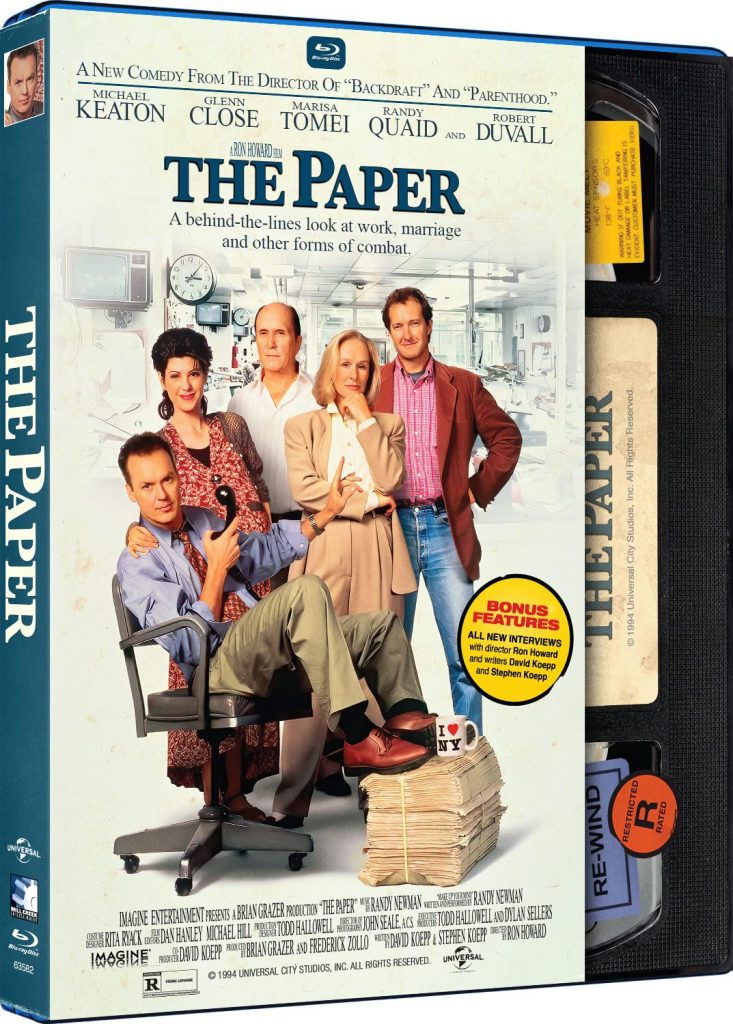