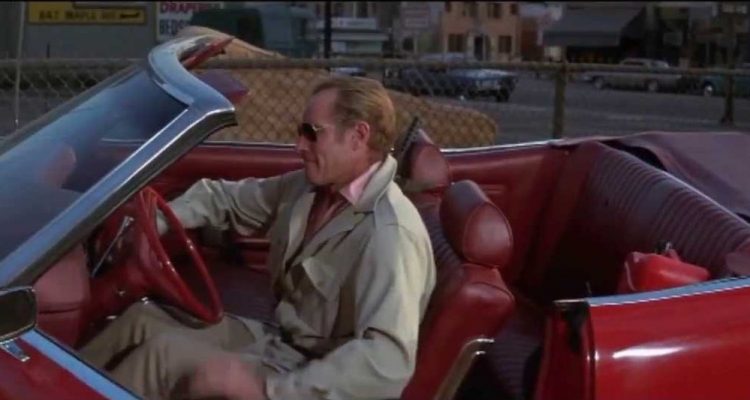 Summary: Despite its somewhat unconvincing antagonists, The Omega Man is a solid post-apocalyptic flick with a great performance as always by Charlton Heston.

Plot: A former army scientist (Charlton Heston) tries to survive in a post-apocalyptic Los Angeles surrounded by an army of albino mutants.

Review: You know, it’s kinda hilarious that I never read the book I Am Legend by Richard Matheson – hilarious because I own copies of all three movie adaptations of the story. I’ve seen the 2007 Will Smith version, and I haven’t seen the ’64 Vincent Price film yet, but the version I’ve heard the most about is the Heston version. So, with a pandemic going on outside, what better time to sit down and watch a movie where the population is almost entirely wiped out by germ warfare?

The movie itself is, I would say, pretty good. I was expecting to love it a lot more than I did, but I found the albino mutants kind of ridiculous at times. Chief among them was Anthony Zerbe, who I sensed was trying his best, but he had absolute nonsense to work with – I guess he’s supposed to be a homicidal maniac, but he comes off as more of a babbling buffoon, preferring to stay in the dark and say a lot of gibberish that sounded like it was coming out of a television evangelist.  The mutants were just re-unconvincing to me, and it was hard to take them seriously as a threat.

I did think, as always, that Chuck Heston did a great job, though. I loved his one-liners when he was rambling around Los Angeles by himself, having imaginary conversations with people who weren’t there as if it was just another Sunday and not the end of the world. I enjoyed Rosalind Cash’s portrayal of Heston’s love interest, I thought she had a great presence and a different energy from his that was needed.

For the action scenes, they were alright. Heston does shoot at a lot of mutants, and there’s a couple of nice car stunts. I think the director, Boris Sagal, did a decent job of filming the picture, especially with all the night scenes, and the city of Los Angeles was featured well, even if it was almost entirely deserted. The film’s pace wasn’t bad, and enough was going on to keep you interested. I will say that I wasn’t a huge fan of the mutant makeup – it just looked like someone threw baby powder on them and called it a day. There were scenes where mutants were grasping at Heston, and you could see the makeup didn’t convincingly cover their bare hands, which just took me out of the picture.

Overall, The Omega Man is a good time and not a bad way to waste 100 minutes. While I think they could have done more with the mutants and made them more of a tangible threat than a bunch of powdered ghouls roaming the streets setting random buildings on fire and moaning a lot, Charlton Heston’s charisma did a lot to carry the film through.