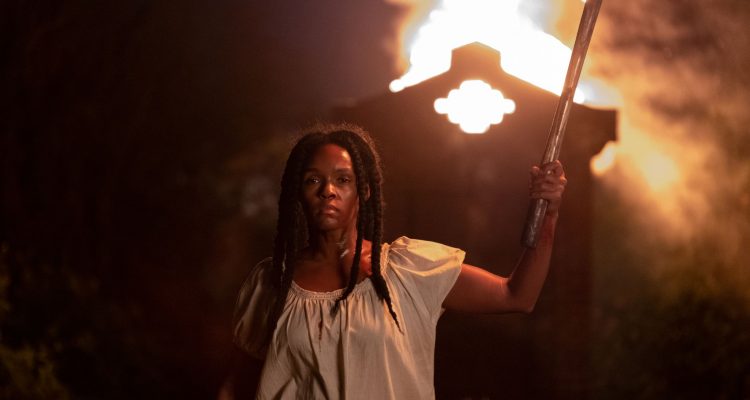 Here is a movie that, quite simply and bluntly, does not need to exist.

A celebrated black author and activist finds herself in a hellish situation where the past is her present, and she must try to find a way back.

A black slave named Eden (Janelle Monae) is living a hellish existence on a cotton plantation under cruel masters and slave drivers, and it is the worst place imaginable where rape, murder, torture, and forced labor are daily occurrences. She seems to be a bit of a den mother as much as humanly possible to the other women and men on the plantation, but with no liberty to speak aloud or have any free will of her own, she carefully and meticulously plans a liberation while undergoing the most heinous treatment imaginable from her masters. What’s intriguing is that Eden remembers a time not too long ago when she was a very successful author and activist in the 21st century, a respected and beloved woman, mother, and wife named Veronica whose career and path to success was continuing to rise, gaining national and even worldwide attention. But after a fateful meeting with a young woman – a “headhunter” – named Elizabeth (Jana Malone), her entire existence was upended and reversed to her reality as a slave in the past. As we begin to realize, Eden / Elizabeth are the same person living in the exact same timeline, which is (surprise! spoiler!) that she was taken captive by sadistic, evil racists to be used as a plaything in a period-perfect concentration camp for high paying clients who get off on abusing black people. As Eden / Veronica plans out her exit and revenge, the tension (as if it wasn’t amped up enough already) gets sludgy and exhausting. Pretty sick stuff, guys.

Yeah, wow. Here is a movie that, quite simply and bluntly, does not need to exist. It’s The Hunt, Hostel, and Hard Target, except that it pretends to have a social commentary context that racism is vile and evil, and that there are such people in the world that could do such awful things to other humans in the current country we’re living in, and it does so under the guise of artful escapism. I can’t tell you how disgusting this movie is, and it truly is the most reprehensibly misguided and baffling movie I’ve seen since … well, since The Hunt (which was better than this by miles, but still confounding). By using racism as its core antagonist ideology, this movie is worse than any other slavery movie I’ve ever seen simply because it tries to present itself as a weird, off-kilter horror movie (especially in the oddball marketing campaign) with artful, stylish cinematography, and it tries hard to make us hate everyone who’s white in the movie, but my gosh, people. What is the point? Is this escapism or exploitation of the worst kind, the likes of which hasn’t been seen in popular entertainment since the women in prison movie days? This gets my vote as the worst movie of 2020, hands-down. Directors Gerard Bush and Christopher Renz.

The newly released Blu-ray from Lionsgate is available to own now, and when people blind buy this at Walmart or wherever, they’re going to be shocked by it. Included on the disc are several making-of featurettes, deleted scenes, and trailers. 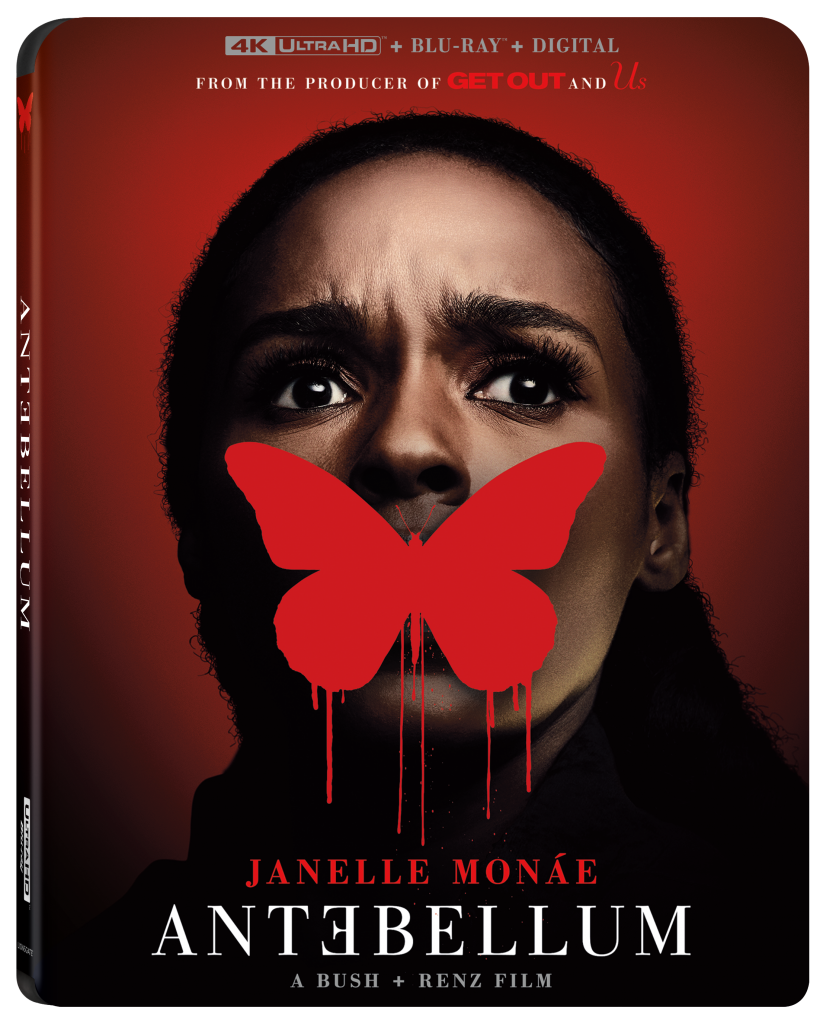