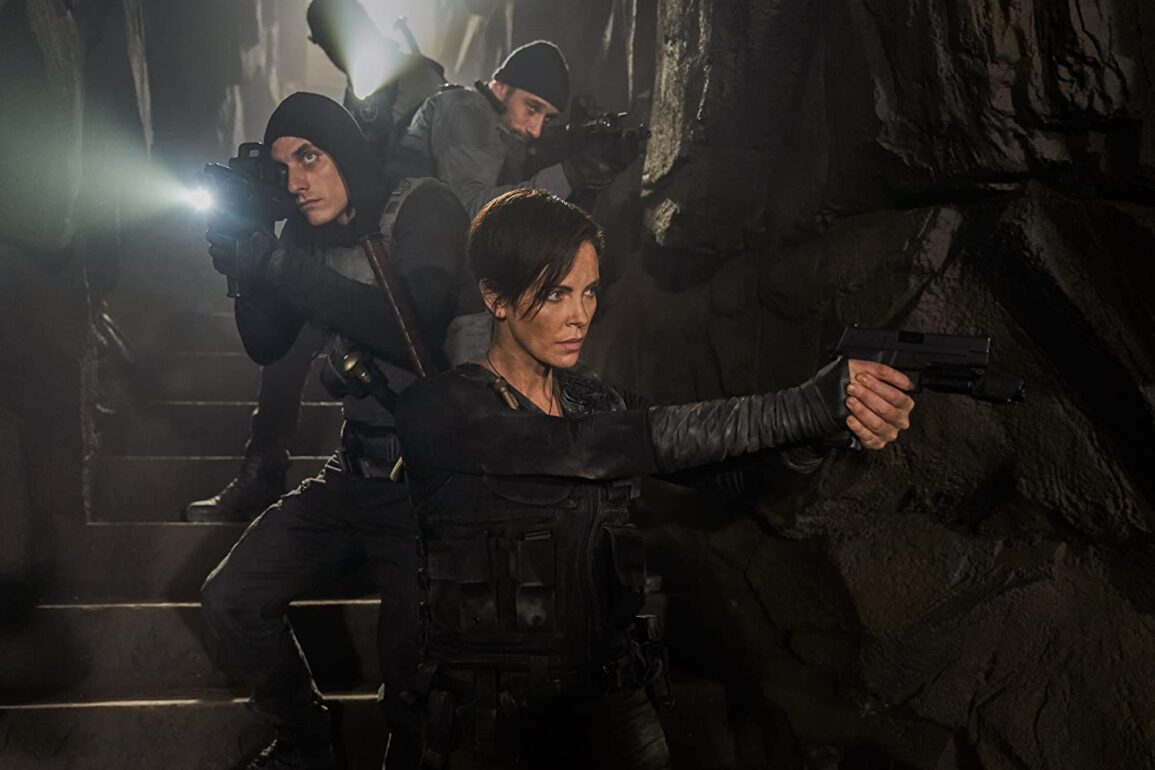 The Old Guard brings us a new potential action franchise with Charlize Theron making for a sympathetic lead but the rest of the team get their moments to shine as well. The music is generally terrible and it does drag in the middle (a little) but the action is still slick so I say bring on part 2!

Plot: A covert team of immortal mercenaries are suddenly exposed and must now fight to keep their identity a secret just as an unexpected new member is discovered.

Review: *If you haven’t seen the movie then do not read any further as I go into major spoiler territory here.*

I’m not familiar with the comic this is based on so I won’t be comparing it and I’ll just talk about the movie itself.

I’ve heard mixed reviews for The Old Guard so I figured I would just have to watch it for myself; I just finished it and although it’s hardly a classic action movie it’s not without its moments and Charlize Theron once again proves that she makes for a kick ass action hero. I sometimes find her a little cold on-screen but surprisingly her character Andy in this was immediately appealing, filled with self-doubt and vulnerability but still knowing how to handle herself in a fight.

The Old Guard is essentially a modern version of Highlander with similar themes of immortality and how you continue on after the ones you love have passed on. Andy and her crew of Immortals have been around for hundreds of years (at least) and there hasn’t been one of their kind for many years but suddenly they discover Nile (KiKi Layne), a Marine who is “killed” in Afghanistan but doesn’t stay dead. Andy seeks her out and wants her to join the crew but Nile struggles to let go of her life and the family she will be leaving behind.

Betrayed by Copley (the always magnetic Chiwetel Ejiofor) the crew comes to the attention of evil doctor Merrick (Harry Melling AKA Dudley Dursley from Harry Potter!) who wants to harvest their bodies and use their gifts to progress mankind. The crew have a problem with that and fight back culminating in a rather epic bloodbath.

Now that I have spoiled the majority of the movie, is it any good?

Well I grew to really like the crew although I think we all knew who the traitor would be early on; Nile was a little annoying at first but you understand where she’s coming from and that’s her arc. She has to make peace with what she is and let go of her past.

The action is slick and although there is a sag in the mid section I wasn’t ever bored; the characters got some time to breathe and having Joey Ansah as henchman Keane was an added bonus. There are some imaginative R-rated kills but also killer one-liners making this feel like an old-school action flick.

I absolutely hated the music which was mostly awful tuneless pop songs when it would have been more interesting to give it a music score filled with Gothic choirs and electric guitars… but that’s just my taste.

It’s very much open for a sequel which I think is pretty much guaranteed and I will happily watch future entries in this potential franchise.

I rarely watch Netflix movies more than once but I think I may find myself returning to this one again in the future.

Overall, The Old Guard is one of Netflix better efforts with some well created action scenes and decent characterization. Charlize Theron once again proves that she is more than capable of being an action star and I look forward to seeing where the series goes next.