What amounts to a Vietnam POW escape film but with swords, shields, and crossbows, The Norsemen from Charles B. Pierce is a fun, rollicking piece of adventure straight from the old yellow-paged pulp novels of yore.

A band of Norsemen travel to Vineland (America) to rescue some of their kin from Natives.

A longship full of Norse warriors and a hunchbacked wizard have sailed from their homeland to Vineland (future America) to see what happened to their kin, who sailed years before them, but never returned. Their leader is a heroic warrior named Thorvald (Lee Majors), and he travels with his much younger brother Eric (Chuck Pierce Jr.) because it was their father whose convoy disappeared. As soon as they reach the seashore, they are attacked by Native Indians, and one of their own is killed. They regroup and plan to go into the unknown land to try to find any traces of their kindred. Turns out that the Natives once welcomed the Norsemen years ago, but they turned on them and blinded all of them and made slaves out of them, and when a fair Indian maiden (played by Susie Coelho) decides to help both the enslaved Norsemen and the rescue party, she puts herself at risk of death if captured. Thorvald and his men – with the help of the old hunchbacked wizard Death Dreamer (Jack Elam with his weird eyes) and his hawk – have to invade Native territory and rescue their kin before they’re all put to death.

What amounts to a Vietnam POW escape film but with swords, shields, and crossbows, The Norsemen from Charles B. Pierce is a fun, rollicking piece of adventure straight from the old yellow-paged pulp novels of yore. With a grand, epic score by Jamie Mendoza-Nava (a highly underrated composer) and slow motion action shots in Panavision, this is pure joy for a kid at heart like me, but if you look at it through a post-millennial lens, you’ll groan and cry foul. It’s a purely masculine piece of action and adventure, and I’m 100% on board with that. The magic and mysticism is slight, but apparent.

Kino Lorber and Scorpion have just released a definitive looking high definition Blu-ray edition of The Norseman, and while Mendoza-Nava’s score sounds muffled and distant on the soundtrack, everything else about the transfer is fine. No special features are included. 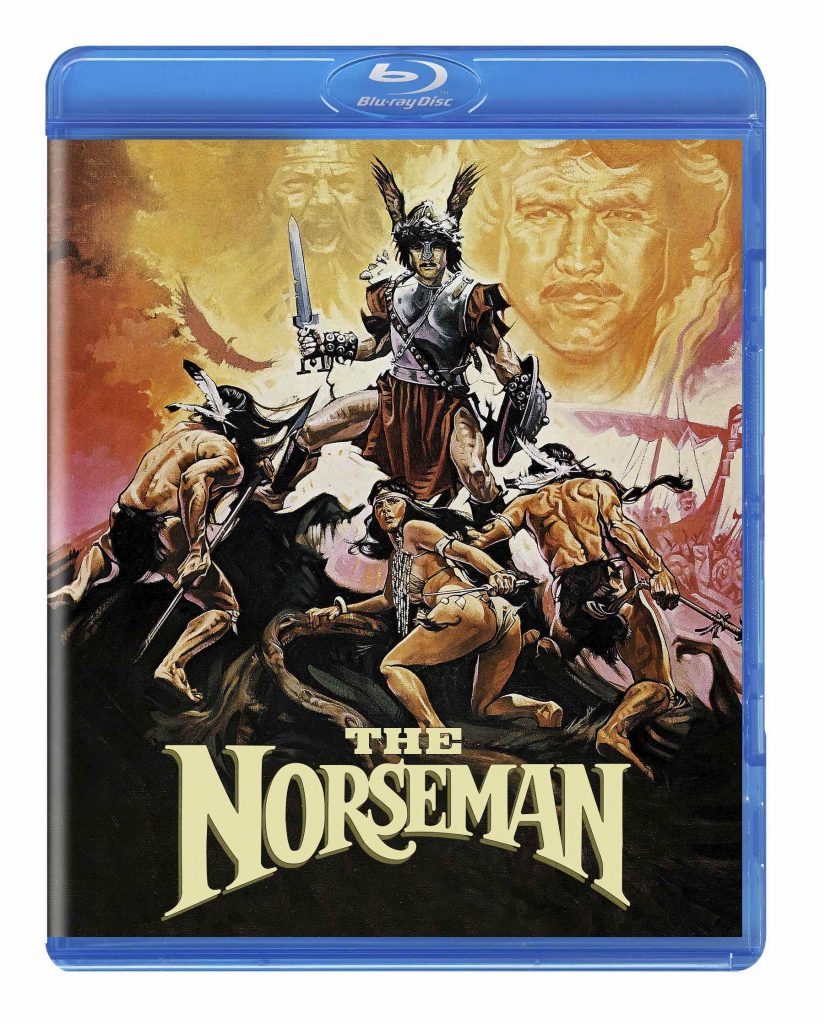