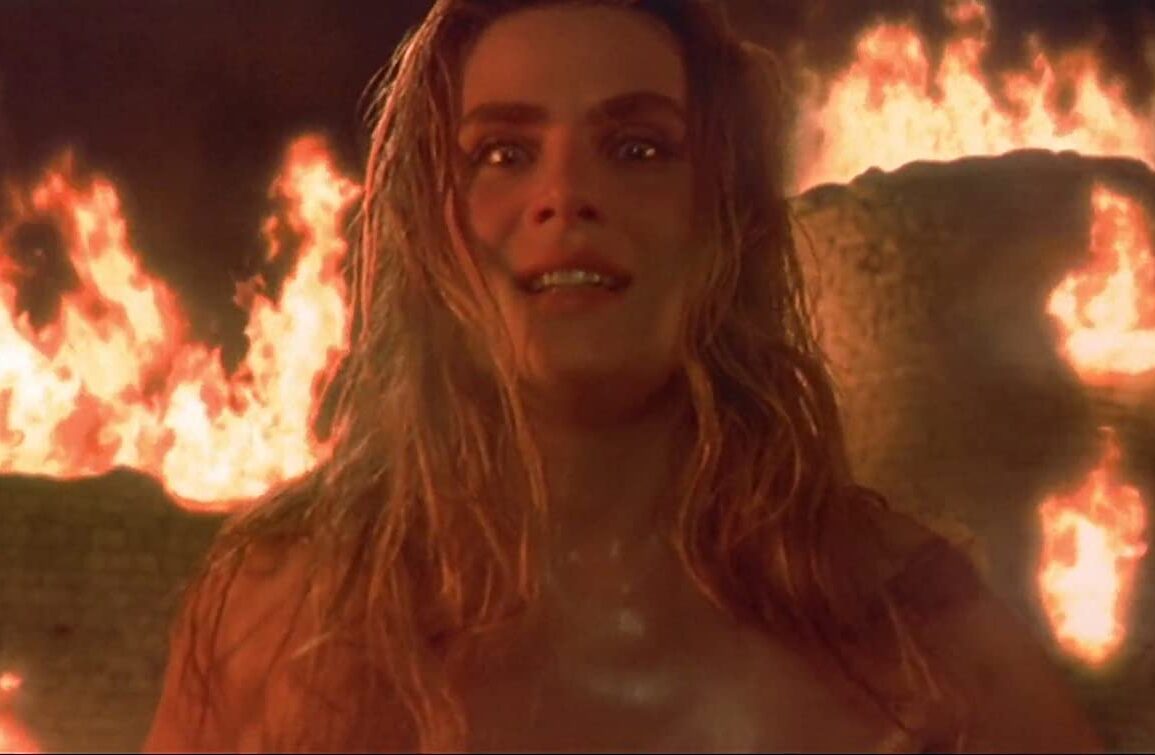 The Ninth Gate is another stylish entry in Roman Polanski’s filmography, featuring a strong performance by Johnny Depp, an engaging mystery and overall weirdness.

Plot: A rare books dealer (Johnny Depp) embarks on a quest to verify if three books supposedly co-written by Satan are authentic.

Review: So, just to put everything on front street, I am not a huge Roman Polanski fan. Not that I hate the man or his movies, I just have had little to no interest in the subject matter of most of his flicks, and I did not care for Chinatown, which I understand is one of, if not his best, film ever. When you don’t care about a director’s magnum opus than that should tell you that you’re probably not going to care much about his or her lesser works.

However, I am a fan of Johnny Depp’s work, and I’m always willing to give anything he’s in a chance, which led me to this very dark and strange tale. While I’m not ready to declare myself converted or any nonsense of the sort, I will say that I enjoyed this movie far more than I thought I would.

First of all, the performances are pretty good. I find Depp is usually reliable in anything he does, regardless of the quality of the overall film, and it’s the same in this case. While his character does have his downfalls and he isn’t the most likable chap to ever grace the silver screen, there’s a dry wit and earnest bewilderment about it him that is endearing. His character seems to take all the craziness in stride, and you’ll find yourself pulling for him, even if he isn’t always altruistic. Likewise, Emmanuelle Seigner has a presence about her as the beautiful and mysterious companion to Depp through his adventures. Frank Langella and Lena Olin both chew the scenery effectively in their limited scenes.

I really love how this movie was filmed; there’s a definite style to it, everything is clear and well framed, but the camera sometimes takes you on an adventure of strange and unusual angles, often giving you a POV from a character that you normally would not get. I especially love one scene where the camera advances on a character from behind, and it literally feels like the camera itself is going to knock the person out. In this day and age of shaky cam and generally not being able to see the action, it’s refreshing to see a director get the point of the camera’s presence and the effect the framing of the action would have on the audience.

I will say this movie will definitely not be for everyone. There is some downright strangeness to the proceedings, and things sometimes get so exaggerated that you think that you may get confused if Polanski is making a straight horror mystery or a satire. I would say he’s probably making a hybrid that may confuse some viewers, but I got a kick about the goings-on, and I appreciated this was one film that didn’t take itself too seriously, even if there was a pretty decent mystery at play here.

I also have to talk about the music for this one. It is rare to find a score that appropriately captures both the chilling horror elements and the ridiculous chicanery so effectively as this one composed by Wojciech Kilar. It is both moody and playful, a perfect accompaniment to the banal events unfolding on the screen.

If you are a Roman Polanski fan or even if you aren’t, I recommend checking this movie out. While you can’t take everything seriously that you see, it’s a fun mystery to follow, and you’re sure to find some entertainment value by the time the end credits hit.