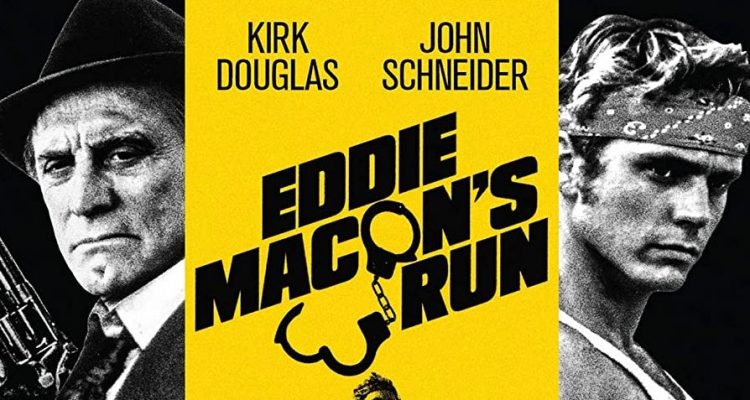 A simple, but very effective action drama with a compelling performance by Schneider, and a forceful presence by Douglas, Eddie Macon’s Run nicely captures the early 1980’s with a country and western soundtrack.

An innocent convict escapes prison, and an ex-cop pursues him to the border of Mexico.

Blue collar working man Eddie Macon (John Schneider) moves his family to find a better job, and he does everything he can to support his young wife and child, who has a treatable, but deadly disease. While on the job, he gets into a pay dispute with his boss (played by John Goodman in his first role), and there’s a scuffle. Macon is arrested and charged with the maximum sentence of five years. After several years, he escapes, and is caught by a cop named Marzack (grizzled Kirk Douglas), and sent back to prison with more years stacked on top. At a prison rodeo, Macon makes a run for it, and it was carefully planned out with his wife so that he would have just enough provisions to hoof it to the border of Mexico. Macon makes it about halfway when he’s captured by two crazed cattle ranchers (played by Tom Noonan and Jay O. Sanders), who will murder him if he doesn’t fight back. In a life-or-death situation, he shoots them both, and goes back on the run. Meanwhile, retired Marzack has taken it upon himself to get back in the game and hunt Macon, and being wise to his plan, he tracks him down, but is always just a hair’s breadth behind him. Later, Macon saves a pretty lady named Jilly Buck (Lee Purcell) from rape, and she has the means and the resources to help him get to Mexico to meet his wife and son. But Marzack will be waiting for them, with shotgun in hand …

A simple, but very effective action drama with a compelling performance by Schneider, and a forceful presence by Douglas, Eddie Macon’s Run nicely captures the early 1980’s with a country and western soundtrack. The thrills are there in full force, and when the hero is forced to fight for his life, you really feel for him, and as he gets desperate, so does the audience as they’re enduring his hard journey to freedom. One can easily imagine this film being remade with Sylvester Stallone in the Douglas role. It’s exactly the sort of part Stallone would be perfect in at this stage of his career. Written and directed by Jeff Kanew (Gotcha!), and based on a novel.

Mill Creek’s new Blu-ray of Eddie Macon’s Run is nicely presented in high definition in 1:85:1 aspect ratio, and it’s a great upgrade from the DVD-on demand from Universal. 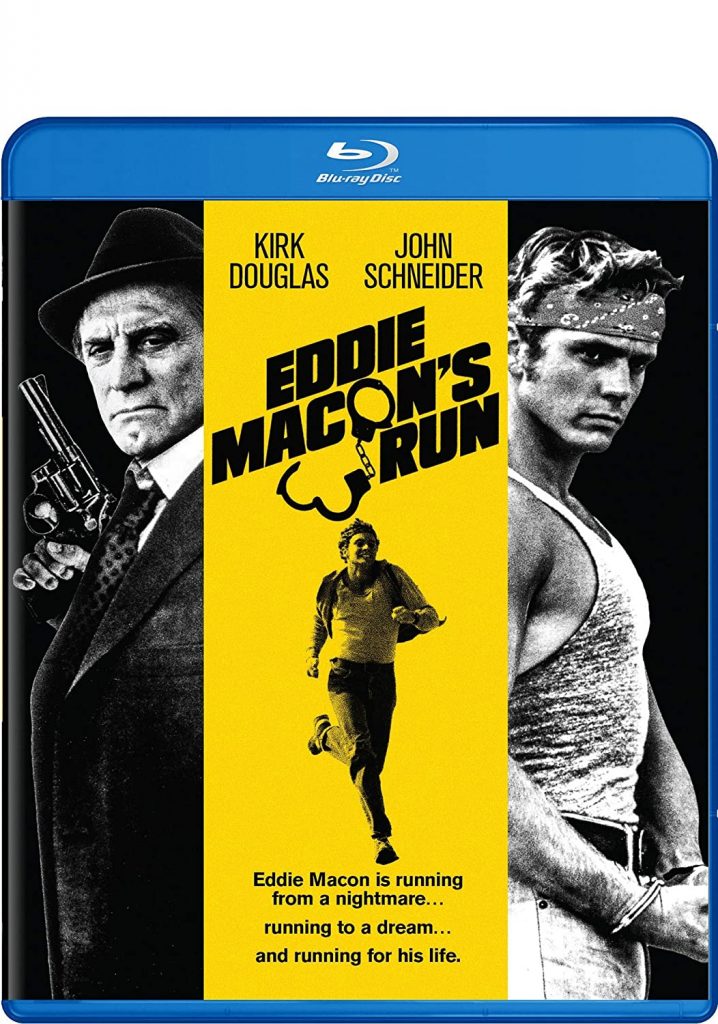