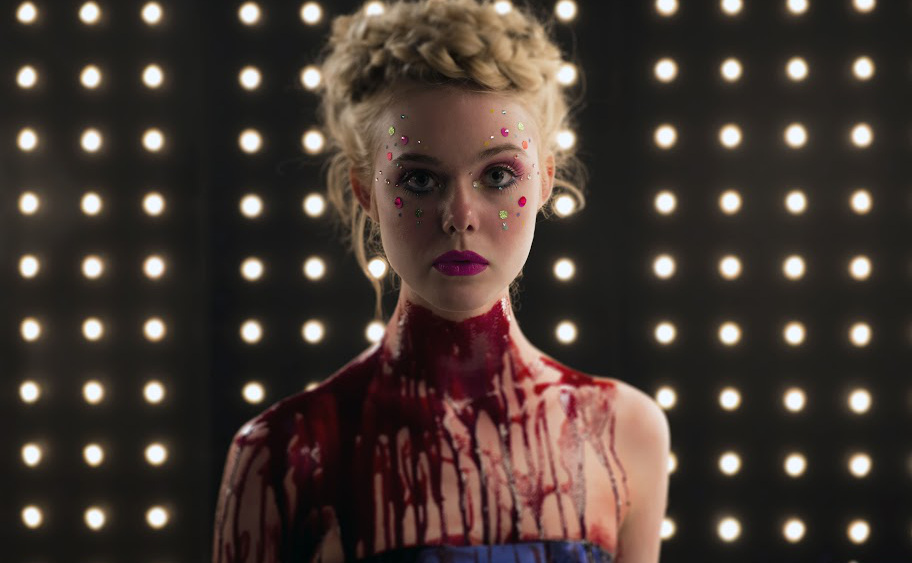 The Neon Demon is easily the strangest movie I’ve seen this year and if you aren’t a fan of Refn’s previous films then this won’t win you over.

Plot: When aspiring model Jesse moves to Los Angeles, her youth and vitality are devoured by a group of beauty-obsessed women who will take any means necessary to get what she has.

Review: Nicholas Winding Refn is a very polarizing director; many praise his visual style and his use of 80’s style electronica to score his movies but on the flip side of that he is also accused of having style over substance.

The Neon Demon has already caused controversy and even has had people asking for it to be banned; personally I don’t think anything should be banned. If you don’t want to see something then don’t watch it; I’ve seen plenty of more disturbing movies than this.

Saying that, this movie is pretty messed up though and I can understand the controversy as there are a few scenes which are pretty shocking, especially one with Ruby (Jena Malone) and a corpse which was… yeah, I’ll not say anything else about that.

The Neon Demon is all about the vapid excesses of the fashion industry and frankly how silly it all is. The thing is though is that Refn seems to enjoy the glamour and slow motion so much that he forgets to create a decent story.

The main problem for me was how everything gets slowed down and put into random montages when it should have built up to an enthralling finale.

Performance-wise I think Jena Malone and (believe it or not) Keanu Reeves stole the show; Malone has a very expressive face and Refn can see this as we go into slow motion whenever she smiles. Her character Ruby is probably the craziest she’s played yet and she is also the most interesting character in the movie.

From the off we know that Keanu’s sleazy motel manager isn’t a nice guy but this is one of his nastiest characters to date and I can see why he would be attracted to trying something like this.

Elle Fanning’s Jesse is as vacuous as the other models so we’re not exactly rooting for her; there really isn’t anyone to root for actually but it’s not that kind of story.

Despite being quite slow and ponderous in parts, I was just entranced by the sumptuous visuals, stunning music and unpredictability so I let it all wash over me. It kind of felt like a movie length Lady Gaga video except with better music.

Overall, The Neon Demon is easily the strangest movie I’ve seen this year and if you aren’t a fan of Refn’s previous films then this won’t win you over. I always respect a filmmaker who can come up with something a little different and this does at least look as pretty as its cast with one of the best music scores of the year. I wasn’t sure how I felt about the film at first but I haven’t been able to stop thinking about it since so it is definitely worth checking out if you want something different and challenging.