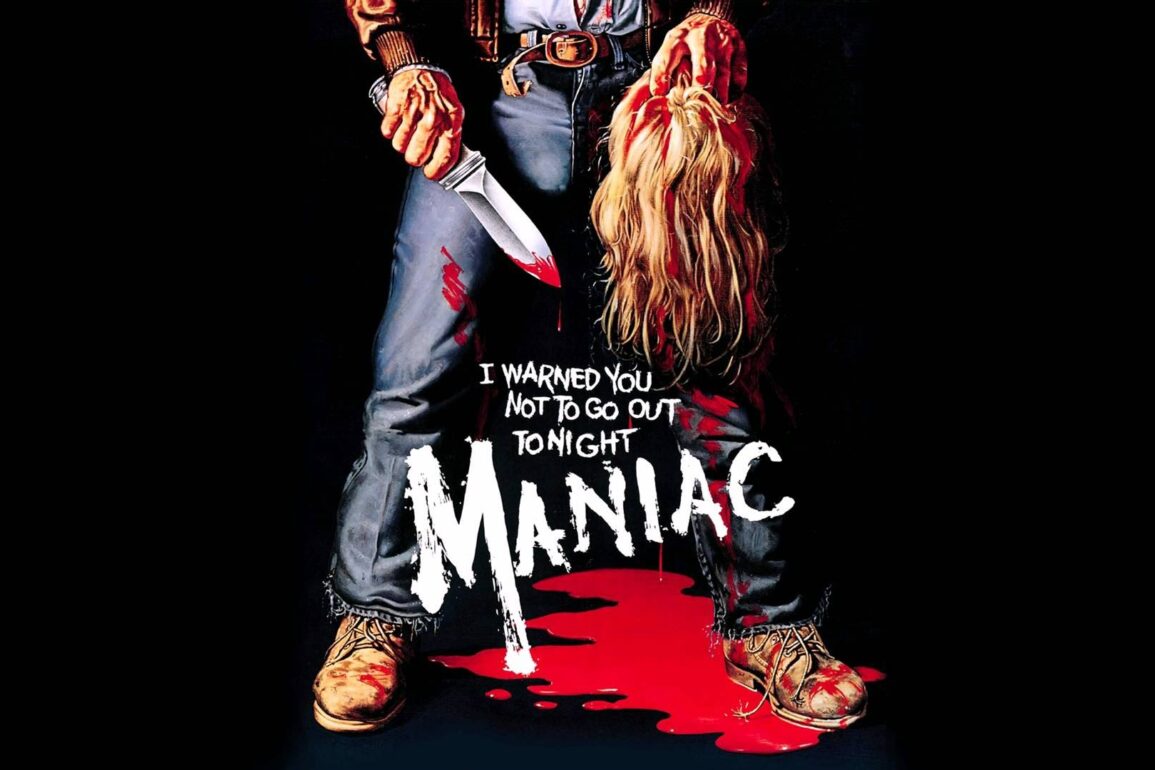 Plenty of gore and violence; Spinell is excellent and Jay Chattaway’s music score is superb but it may be too disturbing for some tastes.

Plot: A psychopath, troubled by his childhood abuse, loose in New York City, kills young women and takes their scalps as his trophies. Will he find the perfect woman in a photographer, and end his killing spree?

Review: Unfathomably lonely and psychotic (and schizophrenic) lonely guy Frank Zito (played indelibly by Joe Spinell) is a denizen of New York, combing the streets for (usually) female victims. His trademark is stabbing them and then cutting off their scalps, which he takes home and staples to the bald heads of mannequins he has stashed all over his apartment. Occasionally, he goes out into the dark with a loaded shotgun and prowls long stretches of road or vacant lots, hoping to come across lovers having sex in parked cars so that he can blow them away, and it doesn’t take long for the media to pick up on the fact that there’s a maniac on the loose, but he doesn’t have a pattern, and his victims are random, so he’s impossible to catch. One fateful day Frank is at a park and he spies on an attractive photographer (played by Caroline Monroe), who takes his picture. He follows her home, knocks on her door, but instead of killing her he befriends her. She takes him in (which is insane because he looks like a maniac!), introduces him to her chic friends, and then he starts killing her friends in the after hours. Soon, he can hardly contain himself and before he can kill his new obsession, his mind completely and utterly collapses in on itself and his fate is sealed.

A compound fracture of the spirit, William Lustig’s Maniac is a train wreck of the human condition, and star/writer/producer Spinell is almost a revelation of ruined humanity. An ultra sleazy, perfectly gritty and slimy grindhouse film, this is a movie that you should only watch if you’re a seasoned sailor through the appallingly violent underworld of grindhouse cinema. It’s astoundingly realistic in terms of the gore and violence (courtesy of Tom Savini, who plays a doomed dude in the movie), and the score by Jay Chattaway is superb. The remake starring Elijah Wood was great too, but this original film is just in a league of its own.

Blue Underground’s 2010 Blu-ray of Maniac is fully loaded with tons of special features, commentaries, and bonus features, including Spinell’s promo reel of his proposed sequel Mr. Robbie. If you’re a collector of super gritty horror films, then this release should be a priority for your collection.