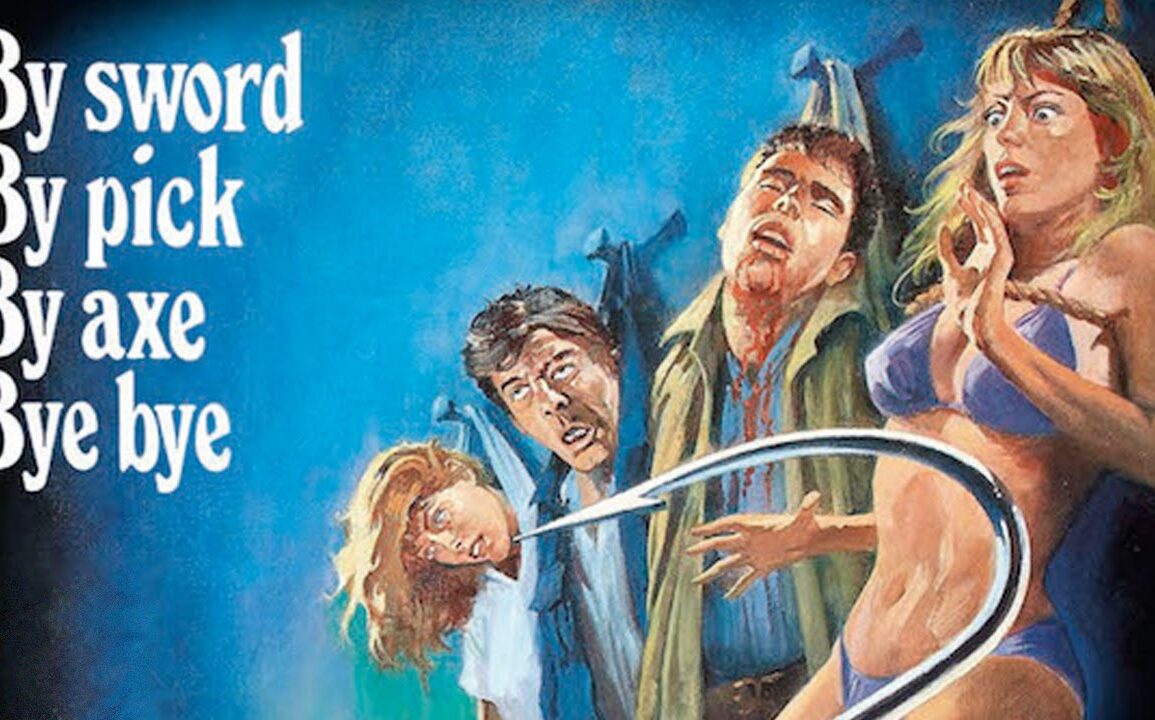 Plenty of gore and inventive kills; a worthy Blu-ray for the collection.

Plot: A teenager who accidentally committed matricide finds himself being hunted together with his girlfriend and mates by his now crazed father.

Review: Our friends at Arrow Video have been working hard at remastering and releasing some grade “A” genre films, and one of their latest releases is “Bloody” Buddy Cooper’s slasher cult classic The Mutilator. If you grew up in the ’80s, then passing by a VHS tape of this film with its gloriously graphic painted cover art was a certainty if perusing video store shelves was ever something you did.

I watched Arrow’s release of The Mutilator the other night and had a great time with it. The story is right out of the slasher handbook: a kid named Ed Jr. accidentally kills his mom when he’s playing around with his dad’s (that’s Big Ed to you) rifle. The incident irrevocably damages Big Ed’s world, and yet Ed Jr. grows up to be a pretty normal dude with a girlfriend and lots of beer drinking buddies that all just want to have fun during fall break. Ed Jr. takes his pals back to his hometown (it’s a scenic locale with a beach), but almost immediately a maniac begins picking them off one by one, and it’s fairly clear early on that Big Ed is the psycho, and his motive is revenge on his own son.

What makes so many of the slashers of the late ’70s and early ’80s so special is the make-up effects and the kill scenes. The unrated version of The Mutilator – which Arrow painstakingly made sure to immortalize onto High Definition – is a wonder to behold. The graphic kills and deliriously demented gore scenes are what makes this movie worth reviewing, and the effects (courtesy of Mark Shostrom, who also did the effects on Videodrome and Evil Dead 2, amongst others) are outstanding. The film – like so many slashers – could be considered action thrillers if it weren’t for the graphic gore, and this is one of the hidden gems of the genre.

Thanks to Arrow Video’s attention to detail and spare-no-expense treatment of this film, fans of the genre will be treated to a fantastic package fit for any completist. There are two running audio commentaries (both with director Buddy Cooper and other crew members), on-camera interviews, a feature-length documentary on the making of the film (which I watched and enjoyed), and tons of other supplemental features. There’s also a thick booklet in the case, and I read that as well. All said, Arrow’s Blu-ray for The Mutilator should be up for some kind of award. We here at The Movie Elite salute our horror brothers and sisters out there, and we heartily recommend this release.