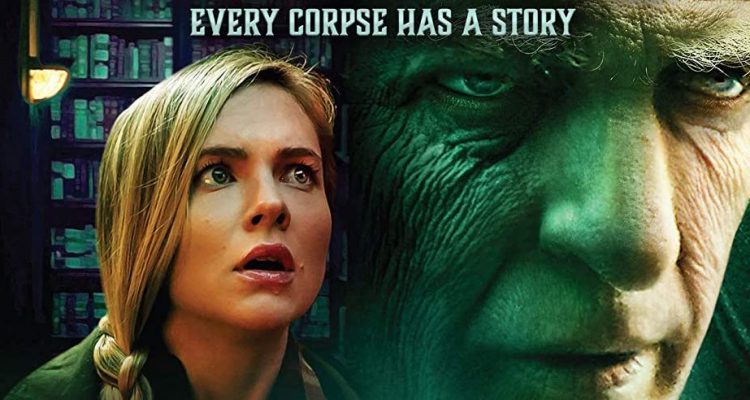 While promising on the surface and competently conceived, The Mortuary Collection should have been a sure thing, but it’s ultimately undone by mediocre stories that underwhelm.

An anthology of macabre tales that connect to the mortuary located on the hill of the town Raven’s End.

A creepy old mortician named Montgomery Dark (Clancy Brown in heavy makeup) is visited by a young woman who answers a help wanted sign posted outside the mortuary. She arrives during a little boy’s memorial service, and she stays to chat with old Dark, who is somewhat amused by her insistence that she can handle the job and duties of a mortician. He takes her to the library in the old house and insists that he tell her some stories of those whose bodies have passed through his embalming table to gauge her disposition. The first story he tells deals with a thief at a party who finds another dimension behind the bathroom mirror, and the second story he relates concerns a college boy who slept with a cute, but nebbish college girl at his dorm, which resulted in his pregnancy, which leads to, um, complications. Next, Dark tells her the story of a couple who married, but soon after the bride became comatose, which proved to be a true labor of love for the groom, who is forced to make some difficult decisions regarding their “happily ever after” story. Finally, Dark tells the job applicant the sordid tale of a babysitter whose night of babysitting is interrupted by an escaped cannibalistic lunatic who feeds on the flesh of children. When Dark is done telling these three stories, the young woman seeking employment is shocked to find that her own story is intrinsically connected to one of the three stories.

While promising on the surface and competently conceived, The Mortuary Collection should have been a sure thing, but it’s ultimately undone by mediocre stories that underwhelm. At first it seems like filmmaker Ryan Spindell has his heart in the right place, but after a good introduction, the movie loses its footing and never recovers after its first few stumbles. The final story in the collection was okay, but the movie can’t survive on that segment’s strength alone. Star Brown is the best ingredient in the movie and he’s used perfectly, but again it’s not enough to save what amounts to a disappointing failure of a movie.

RLJE is about to release a Blu-ray and a DVD of The Mortuary Collection, and the disc comes packed with over two hours of bonus material, including a director’s commentary, 14 extensive behind the scenes features, deleted scenes, and more. 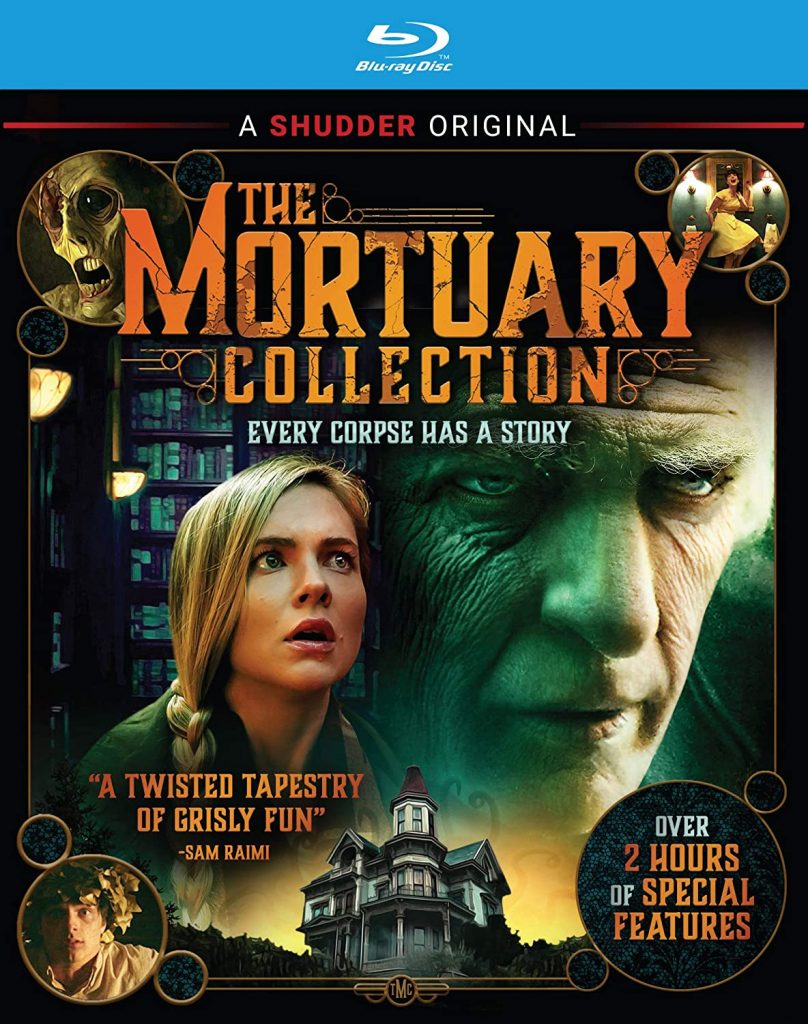