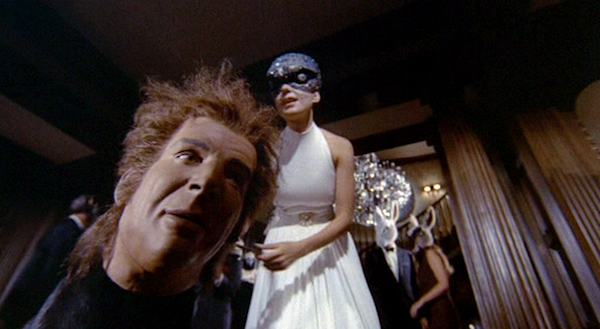 A now-classic horror film made at the dawn of the Satanic-panic movement, The Mephisto Waltz has a good, spooky story that has aged pretty well even with decades of other similar and better films that have come after it

Plot: Alan Alda plays a classical piano player on the rise that befriends a famous player himself who’s at death’s door. Unknown to Alda, the guy is a satanist, who arranges to have their souls switch places at his death, so that he can be young again and continue to play piano (thus needing a skilled piano player like Alda to switch bodies with).

Review: A struggling music journalist named Myles (Alan Alda), who is barely making ends’ meet, is summoned by a world-renowned classical pianist named Duncan Ely (Carl Jurgens) for an interview. Myles gets more than a mere interview: He gets the eye and ear of Ely, who quickly takes a shine to Myles. Myles is invited to swanky, bacchanalia parties, and Ely ingratiates himself into Myles’ world, which includes his wife Paula (Jacqueline Bisset) and their daughter. Unbeknownst to them, Ely is a practicing Satanist intent on transferring his soul into Myles as Ely is dying of a terminal disease. He intends on using Myles’ body to carry on his work as a musician and living a longer life, but his first order of business when he’s transferred his soul is to be rid of Paula and her daughter. When the transfer is complete (after a Satanic ritual), Myles is bequeathed a fortune by Ely’s estate, and he lives a new life as Myles, but the mysterious death of his and Paula’s daughter causes Paula to reflect on whom her husband might actually be. When she realizes what has happened, she forfeits her own soul to fight the man living in her husband’s body.

A now-classic horror film made at the dawn of the Satanic-panic movement, The Mephisto Waltz has a good, spooky story that has aged pretty well even with decades of other similar and better films that have come after it. Alda and Bisset are good in their roles, although a more sensitive treatment of the role of their daughter in the story would have benefitted the film. As it is, the daughter character is merely a plot device that is never utilized to the film’s benefit. Jerry Goldsmith did the score, and Paul Wendkos directed. It was based on a novel by Fred Mustard Stewart.

Kino Lorber’s brand new Blu-ray of The Mephisto Waltz comes on a single disc, as opposed to the previous double feature DVD from MGM that also featured The House on Skull Mountain. Kino’s transfer is nice and warm in HD quality, and it comes with three special features: two audio commentaries, and the trailer.