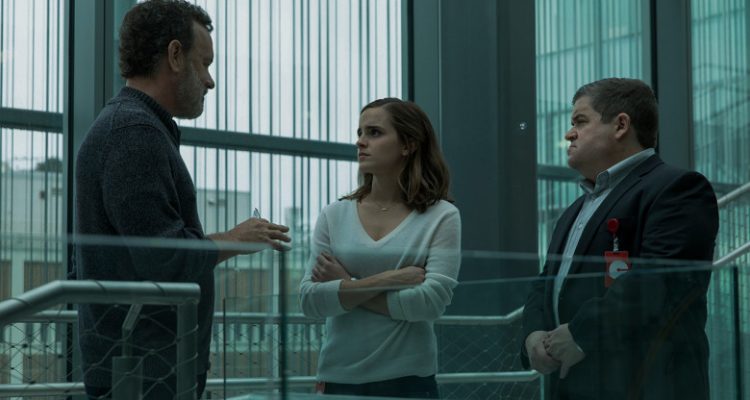 The Circle wastes a good cast on a dull story and no compelling characters. One to avoid.

Review: The Circle takes us into a culture dependent on technology and social media – but has me confused and running in circles by its lack of plot and delivery.

The film tackles our society’s concerns over social media and privacy, which at this moment is threatened by new proposed bills and legislation that could eventually end internet privacy (fun fact of the day!). Yet the film fails to deliver on a compelling plot. The idea was there, but fails to execute the idea. Movies should have a start, middle, climax, and end – yet The Circle really doesn’t resolve any issues, and doesn’t conclude well. The movie suffers from the numerous amounts of plot holes, and doesn’t really have any motives behind the actions.

Mae (Emma Watson, Beauty and the Beast) finds herself at a new job, The Circle, and quickly rises within the company impressing her CEO Eamon Bailey (Tom Hanks, Sully). The movie doesn’t really develop the characters, and fails to deliver the emotional factor the audience wants from these amazing actors. Karen Gillian (Guardians of the Galaxy), John Boyega (Star Wars The Force Awakens), and Patton Oswalt (Keeping Up with the Joneses) play key roles, but fail to deliver anything compelling.

The emotional factor is a huge thing for me, I want to feel the pain the characters go through, but I couldn’t feel anything for these characters. Emotional moments in the film made me confused, and didn’t really click with me nor the audience.
I was truly disappointed by the lack of character development for Tom Hanks’ Eamon Bailey. The trailer suggests his character is a villain, but the film doesn’t really convey anything villainous. Hints are given, but nothing really comes to light. His character just falls flat.

The Circle’s ideas are there, but doesn’t deliver. The promising amount of star power can’t help the film from running itself in circles. (No pun intended.)