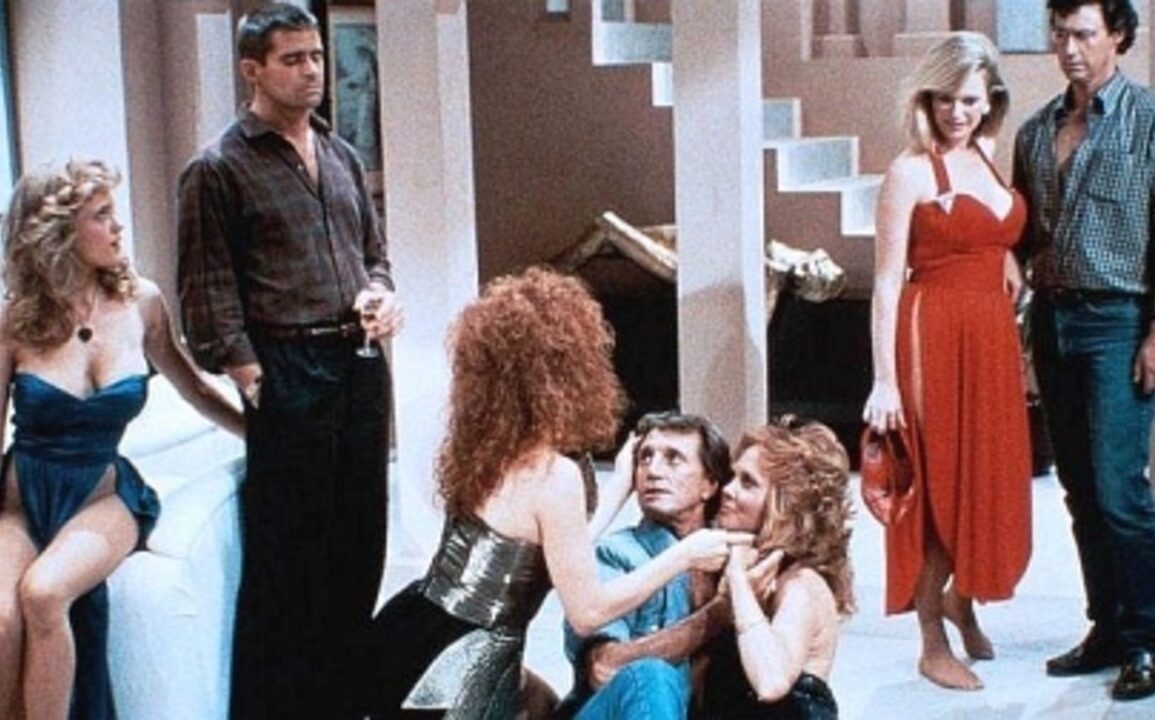 Great performances and far better than its reputation.

Plot: A group of men get together to form a “discussion group”. They share their feelings about women, life, love, and work. The party gets rowdier and rowdier, and then the wife returns home. Thrown out, the men are not yet willing to call it a night…

Review: Some middle-aged men come together and form a “men’s club” almost on the spur of the moment. The men aren’t all acquainted with each other, but when they sit down at Kramer’s (played by Richard Jordan) home, they discuss their affairs, their insecurities, and their frustrations. Former pro-baseball player (played by Roy Scheider) has a lot to say: He’s unsatisfied with his sex life and cheats on his wife. His pal, a happily married man (played by David Dukes), is disgusted with him. An ER doctor (played by Treat Williams) has a lighter outlook on life, and enjoys being single, while the real estate broker (played by Harvey Keitel) realizes in discussion that his wife doesn’t like him. The professor (played by Craig Wasson) just enjoys the company of the guys, and the newcomer to the group is an angry attorney (Frank Langella) whose wife just left him. When these guys start talking and digging deep, they unleash their inner wild, turning Kramer’s house upside down in a raucous party that ends up destroying Kramer’s house – and possibly his marriage. Not satisfied to call it a night, they relocate to a very high end bordello in the city and proceed to turn that place upside down as well as they come to realize who they really are, and what they’re afraid to admit to themselves.

Much derided and despised for its supposed misogyny and assertion of male superiority, The Men’s Club is a perfectly palatable drama with well-written dialogue with enormous monologues from each of the actors, who are all given their chance to shine. The standout performance here was by Langella, who has never been more hilarious than he was here. He shows an appealing side of himself as an actor that I don’t ever remember seeing before. The other guys – particularly Jordan and Scheider – give very admirable performances. I thoroughly enjoyed this movie, and it reminded me of some of the best movies by Alan Rudolph. The urban jazz score by Lee Holdridge was outstanding. Written by Leonard Michaels and directed by Peter Medak.

Olive Films has just released a very welcome Blu-ray and DVD of The Men’s Club. This is the first time the movie has been available on a digital format. The movie looks and sounds great, with a nicely textured picture. There aren’t any special features, but no matter. This is one of the nice film discoveries (so far) of 2017. Pick one up!